Yvonne Wancke on confusing and misleading statistics with a plea to read graphs carefully and critically. Please! 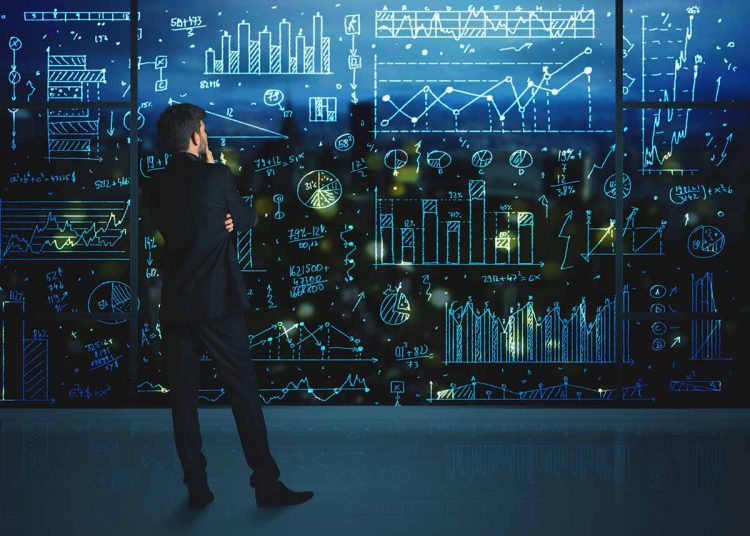 Updated: Before I start, have a look at the graphs in the headline image and try to decide what is wrong…

We are bombarded with numbers, graphs and statistics every day. We turn on the TV, pick up a newspaper, click on a website and there they are, a vast array of images, figures and assumptions, so much to absorb and understand. It can be tempting to just soak it all up and believe what we see.

I stumbled across an interesting graph recently. On the face of it this was a simple graph showing straightforward information. Or was it? The graph was a pie chart and it showed the survey results from a simple question. A group of people had been asked what they were concerned about in the recent coronavirus outbreak. Options were as follows: getting the disease, my family getting the disease, and the economy. Not too surprising, but this is where it gets interesting: the pie chart which was divided into three equal parts (yes equal) had emblazoned a percentage on each of these and the percentages added up to a total of 184%!

Of course, the real issue here is simply that the wrong type of graph has been used. We cannot have a whole (in this case the ‘pie’) representing a sum greater than 100%. There is not necessarily anything wrong with the data, we assume that people were allowed to select more than one answer, but we do need a more helpful graph so that we can compare the size of each response. A bar chart would have worked better.

This graph (and many others that I encounter regularly on news sites) reminded me of a book that was on my reading list when I started university many years ago. How to lie with statistics by Darrell Huff is an excellent little book (it’s only 124 pages) which claims to be ‘a sort of primer in ways to use statistics to deceive…’ What it really does is to get us thinking critically about graphs, numbers, and how statistics can be used both incorrectly as well as sometimes in a much more misleading way.

Huff uses an example of a toothpaste advertisement. In their advertising Doakes’ toothpaste reported 23% fewer cavities than other toothpastes. We are told that the laboratory is independent and so this all sounds rather promising. How did they achieve such good results? In fact, the problem here was that the sample of users consisted of only 12 people! Not a statistically adequate sample for the purpose. The method here, it is suggested, is to test a group of 12 people: if the results are the desired ones then use them, if not try again until we achieve what is required.

Another way that we can present statistics to make something look good (or more dramatic), is through what Huff describes as the ‘Gee-Whiz’ graph. This is easy to do, can look amazing and is used repeatedly most days on many news sites. I will use an example where we suppose that household income rose by 10 per cent in a year. You can then invent your own examples.

The graph on the left shows the data reasonably well. You can see that there has been a rise in household income. However, this graph may not seem ‘exciting’ enough for a promotion or news source and so some ‘edits’ may occur. One quite common way to make the graph look more interesting or dramatic is simply to play around with the y axis (vertical axis). Thus, the graph on the right may be used instead.

The graph above looks more interesting (although not necessarily more accurate or helpful) as it looks like a much more dramatic increase. Note that this has been achieved by starting the vertical scale at £25,000 as oppose to at zero.

And finally, what Huff describes as the ‘semi-attached figure’. This is where we only have part of the information. An example would be to state that ‘more people were killed by aeroplanes last year than in 1910 and so this shows that modern planes are less safe…’

I think that the moral of this tale is to read graphs, numbers and statistics critically: it is fantastic that we have access to such resources, but we do need to exercise caution.

The return of the People’s Panto

The return of the People's Panto