Here is the second in our North East Ghost Stories series, Picture Marsden Bay, a cliff face and some angry smugglers... 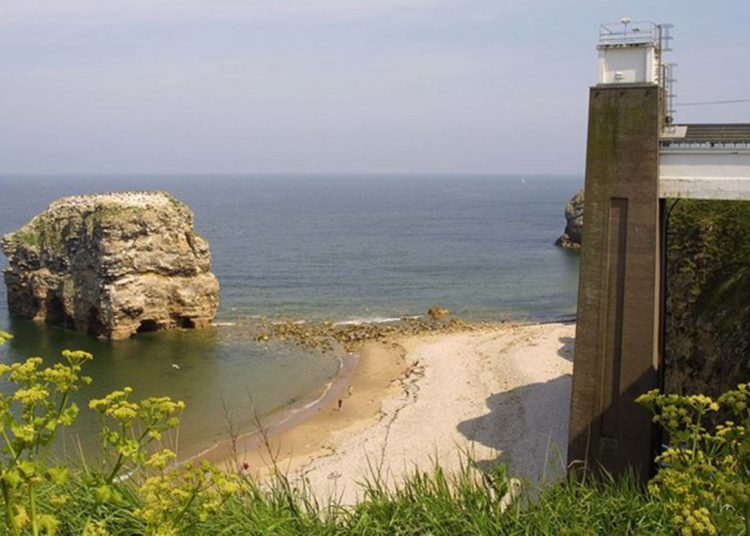 So wrote Rudyard Kipling in 1906, talking about a very popular occupation along the east and south west coasts of England, certainly as far back at the eighteenth century and, it is said by some, right into the twentieth – and, who knows, even into the twenty first…

(Of course it does. Those who think otherwise are deluding themselves.)

It’s smuggling, of course: the illegal importation of anything on which duty must be paid. The smugglers try to bring their contraband in and HM Customs and Excise try to stop them.

It was ever thus, and, at some time during the nineteenth century, possibly around 1840 or thereabouts, in Marsden Bay in South Shields, it led to a confrontation which left one man to suffer a dreadful death and haunt the place for ever after.

Marsden and John the Jibber

(Marsden is a shallow bay. The beach can only be reached by descending one of the steep cliffs. An inn, the Marsden Grotto, now a bistro, was built on the beach, partially set into the cliff face, in 1826. It was reached by very steep steps – almost a ladder! A lift was installed in 1938 by Vaux Brewery.)

A member of a local band of smugglers, interestingly named John the Jibber (perhaps he was called that because he would “jib at” or dodge dangerous situations), decided, for whatever reason, that he would become what watchers of the TV series The Bill would call a “snout,” an informant, providing the revenue men with information that would help them capture the smugglers.

He can’t have been very good at it because his fellow crooks found out and decided to punish him. He was hung in a bucket or open-topped barrel halfway down the cliff and left to die – which he did, and now it is said that his pitiful shrieks and wails have echoed down the ages until one landlord took to leaving a tankard of ale out for him, the last thing he did before closing the bar. In the morning the ale would be gone.

This tradition lasted until 1999 when Metro Radio DJ and presenter of the Night Owls programme, Alan Robson, disobeyed the instruction that no one should drink from the tankard and that night supernatural manifestations and poltergeist activity went mad!

The original tankard has vanished but the replica which replaced it is no longer filled up every night.

Many claim that John the Jibber’s cries can still be heard – some even say that he can occasionally be seen – and paranormal investigators have identified at least seven ghosts. Oh yes, and there are rumours of poltergeist activity…

…And I remember reading somewhere – can’t remember where, though – that when some work was being done on the Grotto, several buried skeletons where found.