That Darlington has been nominated as the location for the new Treasury offices was a surprise. 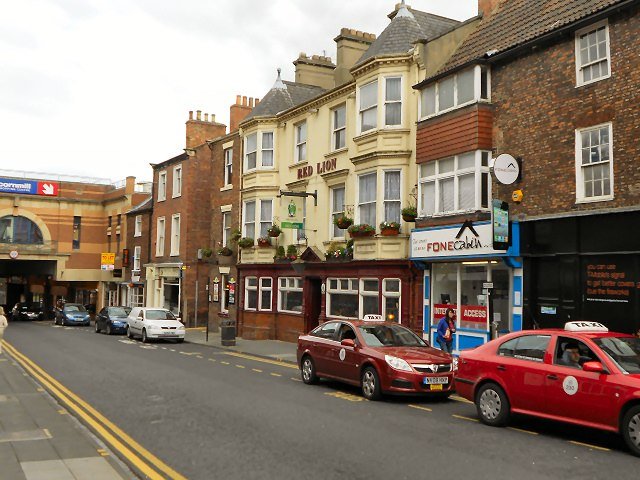 Rishi Sunak’s budget brings the Treasury to Darlington, and a freeport to Teesside and Hartlepool

That Darlington has been nominated as the location for the new Treasury offices was a surprise.  More of a surprise, however, was the fact that it was even in contention. The Treasury North project has been around for a long time, and in recent months speculation on its location reached fever pitch in this region, with the Tees Valley mayor, Ben Houchen, insisting that the only suitable location was at Teesside Airport, while others were pushing for Middlesbrough, specifically the development land at Middlehaven.  No one mentioned Darlington. Not until the end of last week, when the final four were named – Darlington, Bradford, Leeds and Newcastle.

The surprise inclusion of Darlington at the last minute, makes you wonder just what the strategy was. The press and social media response to yesterday’s announcement has been predictable – Sunak picks a site thirteen miles from his own constituency.  It’s not so special; there are government departments in other parts of the country, even Treasury ones.  And so on.

Our guess is that the silence until the last minute over the inclusion of Darlington, was to head off a mutiny in Whitehall. We’re also guessing that all work in Whitehall stopped yesterday afternoon as the whole staff converged on google maps desperately trying to find out where Darlington was, and if there was anywhere nearby that they’d ever heard of. Too late! The decision’s been made. Job done.  And Sunak played a blinder.

Meanwhile, the mumsnetters of Darlington’s salubrious west end spent the evening on zoopla and sent each other whatsapps about the hike in property values.

But speaking of property, Sunak has a job to do which is to find a site for his new department. One newspaper last week, the Aberdeen Evening Express, specifically named Darlington town centre as the place in contention. Time, then, to help out with a few suggestions.

First up is a not very popular car park on the ring road next to what used to be the Cricketers’ Arms (and which is now something that looks like it could do with a coat of paint and the services of a window cleaner).  Ideal for a new-build; very central, and handy for the railway station:

Alternatively, there’s what was once the HSBC building at the end of Northgate. Not so good for the station, but possibly a bargain:

And finally, if Sunak decides he needs something a bit more stylish, this building may be coming on the market shortly; a nightmare for parking, but very handy for the shops:

And there’s plenty more to choose from. The Northern Echo offices on Priestgate are also up for sale. Elegant, if a bit small. But there’s always the option of hotdesking if space is limited.

But if the late announcement of Darlington prevented a civil service revolt, that does not, in itself explain the reason behind the choice. While much has been made of the fact that Darlington lies very close to Sunak’s own constituency, that is unlikely to have been a prime motivating factor.  Richmond in rural North Yorkshire is a traditional Tory stronghold, and while the arrival of the Treasury may have an effect on house prices across the region, there is a much more compelling reason for the selection of Darlington, which is the prestige the move brings.

No matter that a lot of people who currently work in Whitehall will try to get redeployment to avoid the move north, or that the Treasury will undoubtedly retain the senior posts in London and allocate the bottom slice to Treasury North. In a relatively small town, in a region that has become a backwater, this is a major development. Moving to Leeds or Newcastle, whose economies are more mixed, would have had much less impact. Combine the Treasury move with the creation of a freeport on Teesside, and there is the potential for real political upheaval. No matter that the freeport is probably a poisoned chalice, the plain fact that there is significant economic development where for decades there has been none, could well bring about a profound and prolonged shift in people’s political allegiance in the region. It is a shift that began most clearly in 2016 and has only increased in the years since.  In the 2019 election, seats in the Tees Valley and County Durham that had been held by Labour for decades, fell to the Conservatives.

As for the freeport, many commentators have sniffed at this, and pointed out that freeports don’t really create economic growth. Firms will move into them from elsewhere because of the tax and other advantages they offer, but that is all. A zero sum game. What is underemphasised, however, is the significance for regions like Teesside of that movement. A region that has a freeport will gain at the expense of others, and the places most likely to be impacted by this are the ones closest to the freeport. So, Teesside’s gain could impact most significantly on other areas within the North East.

Some commentators in the press have expressed surprise that Teesside was chosen over Tyneside for the award of freeport status. In fact, no one should be surprised. Of the two, only Teesside offers the political advantage that Sunak set out to achieve.