It was a chance meeting that has got me thinking just what motivated her to put herself at such risk to beg at a train station. To travel such a long distance with little means and yet to be so determined to make a better life for herself. 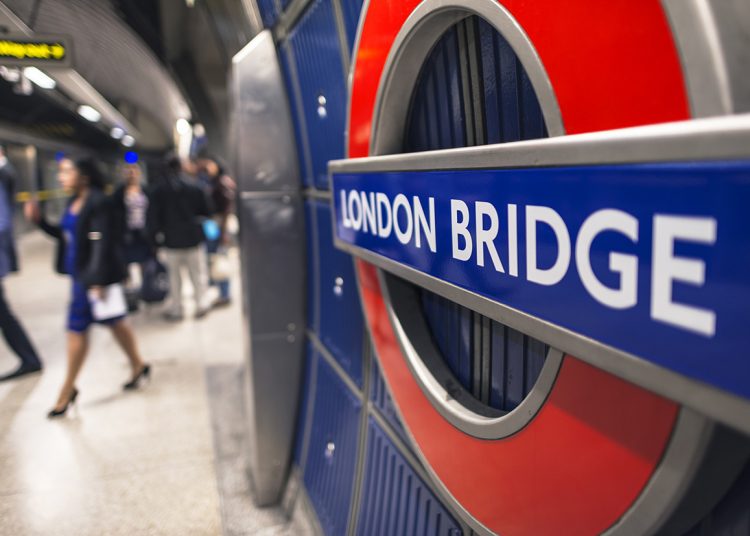 It’s never happened before, at the end of an active night on the tiles with a friend in central London, that my prejudices would be so challenged. We all walk past people begging on the street and so many give money and support, some of which could be through buying a copy of the Big Issue magazine. But on Monday night we stopped and spoke with ‘Mary’ at London Bridge Station. What happened over those few minutes has stayed in my mind and it’s troubled me

It was a great evening out, lots of fun and antics, photos from our favourite locations and talking to the tourists who took some of the photos of us including a couple from India. Several pubs were visited, and we enjoyed multiple pints and a bowl of chips – a great northern tradition – each round costing £13.75 for our pints of Peroni, and chips costing £4 a bowl. London is mega expensive.

Great conversation, gossip ensued and just catching up as I had not seen my friend in a long time. Mighty craic as we say in Ireland.

We left early, around 10pm and headed for London Bridge train station to get our respective trains home. Our night out cost over £70 but was mighty fun.

As we exited the tube station in London Bridge my friend gave money to each of the three people begging as we went towards the train station. I have seen him do this on many an occasion before, and seen notes being given out as well. He is incredibly generous and is always on the lookout for someone to help. But I was the worse for wear and needed water so dived into Marks and Spencer to buy some.

My friend also shopped there and after ten minutes or so he came out with two bags of groceries which I assumed were for himself. We set off for the mainline station walking past rows of shops and arches and we almost instantly came across a young girl who was begging. Instinctively we both stopped to speak with her and immediately one of the bags of groceries was handed to her.

We chatted and found out she was 22, from Serbia, and had come to London to make a life and train to become an architect. We warned her how vulnerable she was and open to exploitation. She told us she had been in contact with Centrepoint, a homeless charity for young people. We gave her enough money for two nights hostel accommodation and she gladly accepted the money and went on her way to find accommodation for the night.

What a comparison to the money that we had spent earlier, getting slightly inebriated.

It was a chance meeting that has got me thinking just what motivated her to put herself at such risk to beg at a train station. To travel such a long distance with little means and yet to be so determined to make a better life for herself.

I came over to London from Ireland on a train aged 21 but had relatives to stay with and definite job prospects and family to support me. She had nothing but ambition and a dream.

It’s visible in every city of the world and every big town across the UK. We walk past homeless people frequently and they don’t even register in our consciousness. Many still give money but what makes us choose one homeless person over the other? I have two daughters, one aged 18 and the other 22. Was I prejudiced more to support this young girl over a young boy of the same age?

I often see young homeless people in London and have wondered in the past – where are their parents and would they like to be found?

Many will have perhaps fallen into bad company, have mental health issues, drugs or drinking problems. Or perhaps they are from a broken or violent home where there was little love or affection. Perhaps being on the streets was a form of escape. Homelessness is complex. Some are just comfortable living on the streets and refuse offers of accommodation.

According to the Charity Shelter, one in 53 are homeless across the UK. In London it’s estimated that close to 3,000 are sleeping rough.

Giving money to a local homeless charity is always a good option. Having a conversation with a homeless person and an opportunity to hear their story and understand them a bit more is a good idea. It can enable an informed decision on help to be made.

Giving food and warm drinks may be welcomed as well as the possibly easier option of giving money. Sometimes just listening and a few moments of just stopping and talking are hugely appreciated. I am guilty of doing just the opposite virtually all the time.

After our heavy and expensive night’s drinking, we ended our evening doing something positive and for a night or two we may have made a small difference to Mary.

An interesting contrast don’t you think, but for one of us it was routine to support a homeless person begging on the streets of the capital of the UK, one of the fifth wealthiest countries in the world.

With so much pressure on families and individuals from the cost-of-living crisis it’s inevitable that so many more will be forced into homelessness and potentially sleeping on the streets of our local towns and cities.

Do we really have a just society here in the UK?

For those interested in homelessness, the book Let me take you by the hand by Jennifer Kavanagh provides a deep and troubling insight of life on the street of London. In reality, it’s a mirror of what happens in every city of the world and across the UK.