We have to find ways to interact civilly with people that voted leave! 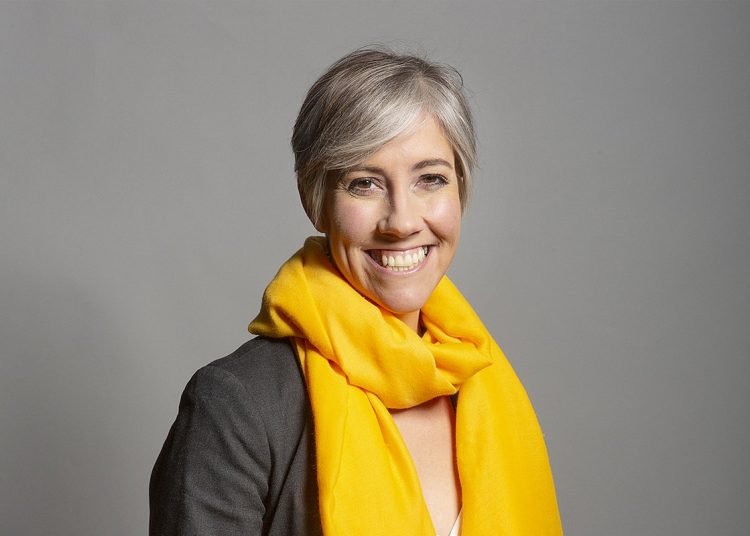 A trio of keynote speeches came in the afternoon. Daisy Cooper, deputy leader of the Liberal Democrats, began: “We all know”, she would reiterate, ”the Deal is threadbare”, and is bad for jobs; bad for business, for our standing on the world stage; that it’s not going well, we’re burning bridges, it’s a war of words at a time we should be working with our closest neighbours, exports down, costs are up.

But despite the untold misery of the pandemic, the bad Deal, stalling on climate action, Johnson is yet up in the polls, as is Tory party membership, due to his popularity. Worse, the forthcoming seat boundary review will give the Tories more seats, they are changing the rules to allow for larger donations, and they can call the election when they want. Seats propped up with taxpayer cash.

“This will not be easy,” as they will continue to wage culture wars, mislead the public as they did in 2019 with a fake-fact checking Twitter feed, denouncing judges as ‘lefty’ and newspapers as ‘campaigning’.

Brexit was only ever the first step in a much bigger project to much us an inward looking nationalist country. Every pillar of our democracy is under attack, with an authoritarian government breaking international law, chipping away and judicial review, cracking down on protest – but most people haven’t noticed. This is where the EM has as huge role, and urgently: the longer this goes on, the more embedded this government will become, and the harder it will be to get back in.

“If you see want to see change, want to see our European movement flourish, it starts with our government.” It took Leave 40 years to get the UK out of Europe, and the timeline for getting us back in is up to us. We have lost the battle, but have one of the largest pro-EU movements on the continent, and it is “time to wake our sleeping giant”, and build on it, get friends, to join the party, get them to vote.

“Don’t say I told you so. These remarks are cheap and divisive.” Instead, we have to take the country with us and we should all want the UK to rejoin the Customs Union, the Single Market, and ultimately the EU, from a position of strength. “I find no joy in seeing livelihoods destroyed, in our country being on its knees.”

Then followed Kishan Devani, honourary vice-president of the Green Liberal Democrats, who told how “I crossed from the Tories because of Brexit, predicting and then seeing their ‘lurch to the right’.”

Political parties must unite, as Femi said, on our commonly held, basic tenets of tolerance and  openness. “I’m a son of refugees. I haven’t forgotten that,” but the way this government  is treating immigrants, who don’t happen to be like them, haven’t had the same privileges, don’t come from the same socio-economic background, “it’s really troubling.”

The nationalist agenda underpinning this government’s anti-European, self-defeatingly pro-globalist  agenda, makes it very difficult to feel ‘British’. As for the current flag saga, “we can see where this agenda is going – back to the Enoch Powell days, that real fear, the Enoch Powell that my grandparents talked of. And some say we’re already back there.”

Although he agreed that the disaster of Brexit shouldn’t be rubbed into people’s faces, “at certain times we should understand issues are real.”  The British curry industry was promised unicorns in the form of chefs and culinary experts being able to come with ease from India and the sub-continent, ‘if only we magically voted to leave the EU’ – lies, told by the very people who now staff this government. “I know people deeply hurt by this, lied to, they think this government is morally defunct.”

We must unite for a common cause, and look to remove this government at the ballot box. Engaging with the BAME communities is vital to that, making BAME part of a cohesive, cooperative society, “that’s our task.” Reach out to the communities, their temples, mosques, we can make a difference. The incumbent Mayor of London is BAME, and so is his opposing Tory candidate, but our work doesn’t have to be just political, it can be charitable, it can simply what is good for the whole community.

“We pride ourselves on being a liberal democracy …  we should fight for that.”

The Chair of the Conservative European Forum and former Leader of the Commons David Lidlington rounded off that the movement had to demonstrate support from right across the political spectrum, across the UK. Even at the 2019 General Election with polarised views, a fifth of Tories still had voted remain in 2016.

He brought up some “unwelcome truths”, not least, “we did lose”, regardless of how much we may go over it. Moreover, “You win very few arguments shouting about how the electorate got it all wrong and they must change their minds.” Of the British public, most that voted leave say they regret it, but there is “no really strong appetite for rejoining” here, nor in the EU: the EU does not have the UK atop its priorities, there being “one single mention” of Brexit in the German presidency’s latest state document, and a mere three bland mentions from the office of the Portuguese president.

Hence efforts towards rejoining are futile, and it is better to rebuild relationships, rebuild the trust in friendships that are “very badly bruised.” “Geography and history haven’t changed,” he said, and nor have common interests: cross border trade, supply chains, Russian attempts to destabilise east and central Europe and the Balkans, and organised crime, state capacity in Africa against crime and terrorism. The UK’s positions on Iran, Israel and Palestine have been more aligned with Europe than with the Trump administration. All combining to constitute the basis for a fruitful partnership between the UK and EU.

As well as there being a huge body of pro Europeans in the UK that wasn’t there before 2016, there are “now many who feel European who didn’t feel that before being put to the test before the vote. especially among the young that voted remain” but as they age and rise into leadership, business, creative life, will become ever more important.

Still, trust and good relations cannot be rebuilt overnight, and the aftershocks and tremors of the Brexit earthquake, compounded by Covid-19, continue.

The UK is as always has been, a European power, but one with global interest, and a global outlook. A constructive strategic partnership with Europe is the best way to serve those interests and the security and prosperity of this country.

The interests of the British people are like those of Europeans, so it must be shown to Leavers as a whole that there is “no contradiction” between a European Britain and a global Britain, and despite all the setbacks, “I’m optimistic that with determination and perseverance we can establish a constructive partnership to serve those interests.”

A more integrated UK within the EU makes it a stronger, more influential player. There is a real opportunity at Scotland later this year re climate issues. This can be complimentary rather than adversarial. We’re not shaping those decisions in Europe and can’t see us being happy with the Norwegian position in the long term to just accept what the 27 decide. So sector by sector we should negotiate where there’s mutual interest.

Meanwhile, we should work to attaining a veterinary treaty, streamlining checks on livestock and food products, as the EU has with several countries; restore our scientific partnership, with UK participation in EU scientific programs; and look at migration, particularly in easing freedom of movement for the arts and creative industries, for financial services (where a consultation deals already seems to be in progress), and supply chains.

We have to find ways to interact civilly with people that voted leave! Forget the Farageists, but there are millions of decent ordinary people who voted leave, thinking it was the right thing for the country. A fifth of Conservatives voted remain, remember the young voters, and that two countries in the Union also voted remain.

It is about working together. It will take time. A lot of this is time.