British industry is having to work very hard just to survive. 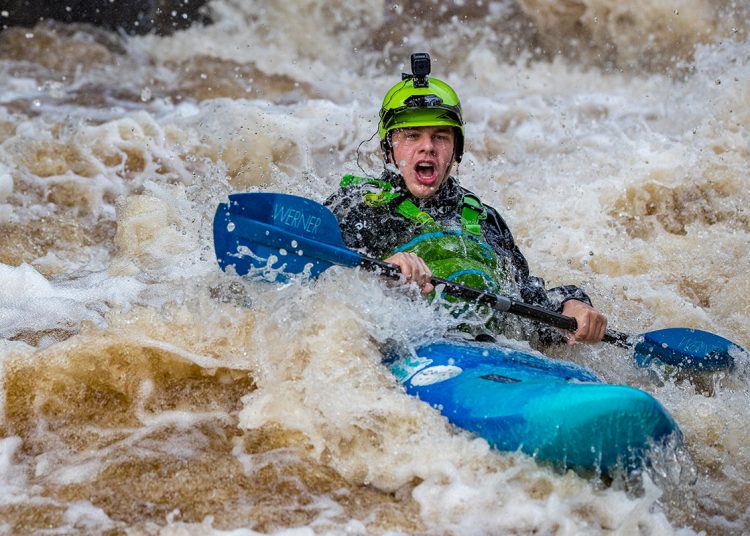 Photo by Danny Nee on unsplash

“Industry is paddling furiously below the water to keep things going” is how Mike Hawes, Chief Executive at The Society of Motor Manufacturers and Traders Limited characterised the situation in his Industry after departure from the Single Market and Customs Union in January this year.

Hawes was the first witness to give evidence at a hearing on 23 February 2021 of the House of Commons Business, Energy and Industrial Strategy Committee. The session examined emerging issues faced by businesses following the UK’s departure from the European Union and the establishment of a new trading relationship between the UK and EU. It focused specifically on issues which have arisen in the automotive, manufacturing, aerospace and haulage sectors.

The Committee Chair, Labour MP for Bristol North West, Darren Jones asked each of the four witnesses in the first part of the session to explain the impact of new arrangements with the European Union on their respective sectors, and the adjustments which have been necessary to accommodate the Trade Deal.

Initial reactions were of a certain relief that a Trade Deal had been agreed and the worst consequences of leaving the Single Market and Customs Union had been avoided. However, the final Deal had narrowed considerably over the last few years from the options preferred by motor manufacturers and traders, and was resulting in additional border friction and additional costs.

“A day-to-day battle just to make the new arrangements work” is how Paul Everitt (Chief Executive at ADS Group which represents and supports over 1100 UK businesses operating in the aerospace, defence, security and space sectors) characterised the current situation, even though he felt that industry in his sector had been as well prepared as possible. Everitt identified four key problem areas arising from the deal:

All these are large areas for future discussion with the European Union in terms of ‘what next’, and the longer-term competitiveness of the Industry in the UK.

After hearing the difficulties reported by trade organisations it was perhaps a surprise that Ian Howells, Senior Vice President at Honda Motor Europe noted that the new arrangements had not disrupted production flows and Simon Peckham, Chief Executive at Melrose PLC (GKN) confirmed that they were not seeing any significant effects from Brexit.

However, none of the witnesses could currently see any tangible direct benefits arising from the new Trade Deal which tended to add complexity and costs. It was currently all about damage limitation and was ‘too early to call’ as to whether there would be any benefits arising from future global trading arrangements. The current Deal is limited, and if improvements can be negotiated, there may be future benefits to the existing situation arising from them.

During questioning of the witnesses by members of the Committee it was clear that many of the current difficulties were not just teething problems, and could get worse when waivers on import checks and rules of origin expire in about four months. Some current business models were now unsustainable and could not survive. Importers with European markets would have to relocate their European business in order to continue trading. However, the full impact of the new arrangements had been masked by the impact of Covid-19, and by some companies having stockpiled against the possibility of ‘No Deal’. Mitigation preparations had mostly been undertaken by larger companies and it was SME’s (Small and Medium size Enterprises) that were facing the greatest immediate and longer-term challenges.

When asked by the Chairman if GKN intended to manufacture automotive components in UK as a result of the Deal, Peckham responded in a defence of the Company’s announcement that it was to close one of its two facilities in the UK (Chester Road factory, Birmingham), and move production to their European sites. Despite being gently steered back to the question, Peckham continued to explain that the company had not backtracked on promises, and that the plant had consistently made a loss, amounting to some £100 million over the last ten years. His insistence was perhaps a reaction to the earlier announcement by Unite, the largest trade union in the UK and Ireland, that the Chester Road factory was in fact a highly viable site and that Unite was working on a rescue plan to secure the future of the plant. Peckham said the decision to close was not Brexit related and blamed previous management for having located GKN manufacturing in the EU.

Introducing Fergus McReynolds, Director of EU Affairs at Make UK, in the second session, the Chair asked about experience of the last two months, and referred to a comment by one of McReynolds’ colleagues that it was like Dante’s ‘the fifth circle of hell’. (Where the Wrathful ruthlessly attack one another, and the Sullen stew below the surface of the muddy swamp.) Make UK champions of engineering and manufacturing in the UK, and Reynolds felt that his colleague’s comments were directed towards the friction to trade that the decisions on the Deal have introduced. The results to date have been mixed, with some businesses and sectors seeing no effects while others are faced with a situation where their business model just will not work in the new relationship.

Committee member and local ‘red wall’ Tory MP for Sedgefield, Paul Howell seemed to want to take some credit for the Deal ending four to five years of uncertainty and stagnation in terms of decisions for business, apparently oblivious to the fact that it was his government which had chosen to impose this particular Brexit quagmire on industry. He asked if there would be long-term structural changes resulting from the Deal, and was probably disappointed to hear that “unfortunately there were inevitable consequences from the decisions which had been made”; there would be structural changes, and there would be some businesses for which the new relationship just would not work.

Duncan Buchanan, Policy Director of the Road Haulage Association, similarly felt that some businesses had dealt with the challenges better than others. The Association was not interested in whether Brexit was good, bad or indifferent, they were just interested in making things work, and there were significant challenges. One particular aspect was the catastrophic impact of the Deal on touring performers and cultural tours and exchanges. This, he felt, had not been considered in Brexit negotiations, and limitations on hauliers carrying instruments and equipment are effectively preventing tours from taking place.

Another significant area of concern masked at the moment by Covid-19 is the restriction on businesses to deploy staff into the European Union. Some 61% of UK manufacturers send employees to the EU at some stage and the assumption of right of entry is now denied. Considerable forethought and advance paperwork may be necessary to ensure entry, and each of the member countries will have different rules and different requirements. It comes down to the decision of an individual border guard as to whether the traveller will be allowed to enter when he/she shows up at the border.

Joe Marshall and Jess Sargeant, senior researchers with the Institute for Government completed the second session with summaries which essentially confirmed the evidence provided by previous witnesses. Sargeant focussed on the GB/Northern Ireland relationship and advised that only 1% of those involved in this trade had ceased deliveries altogether as a result of the new arrangements. In some cases, operational changes would be permanent and the inevitable consequence of the Trade Deal. This was particularly true of the horticultural sector and there would be more of these issues coming down the line with the end of the grace periods in April and July.

Marshall pointed out that while it was hoped that some issues would be improved or resolved in future discussions, he felt there was no appetite on either side to re-open significant chunks of the Trade Deal. The problems were just the inevitable result of the kind of Brexit Deal the Government had pursued.

In June 2018, then Foreign Secretary Boris Johnson was reported to have said in relation to his Brexit plans ‘F*** Business’. Witness evidence given to the Business, Energy and Industrial Strategy Committee suggests that as Prime Minister in 2021 he has not quite achieved his objective, but that there is still time.