“For over half a century, he has made an enduring contribution to British stamp design..." The work of David Gentleman is honoured this week. 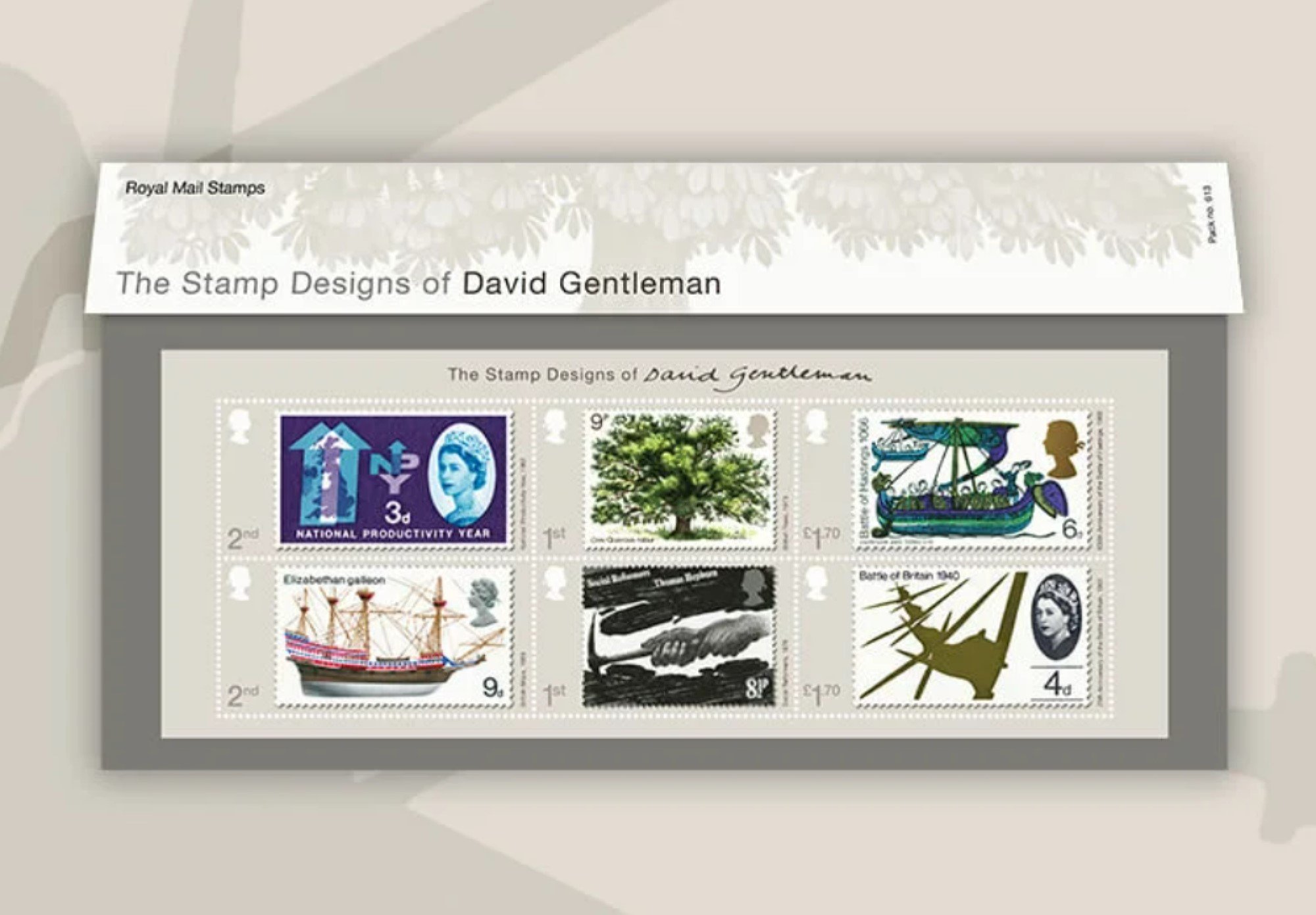 So, here’s one for a lefty pub quiz. What links the logo of the Stop the War movement, beheading Queen Elizabeth II, a Co Durham miners pioneer, the “white heat of technology” under Wilson in 1964 and grimy press pics of picket lines in the first national strike against Mrs Thatcher and the 1980 national steel strike?

The answer is the (old) British Steel logo and the logo – under which those pickets – from Teesside to Port Talbot – were always photographed. And from there to the ultimate answer, that logo’s socialist designer, David Gentleman, who also did the STW logo (and a host of others for radical causes).

And the others? Beheading the monarch? Well, David Gentleman, now a spritely 92 years old, was also appointed by Tony Benn in his first government job as Postmaster General, to spruce up stamps with topical designs (and that initially meant getting rid of the royal head – a huge but forgotten controversy of the mid 1960s).

That didn’t happen. The queen put her foot down and Benn and Gentleman were ordered to think again – coming up with a small silhouette compromise.

This week Gentleman received the unique honour of having a set of special new stamps issued by the Royal Mail to honour his past work. Gentleman, who has been hailed as the most prolific and influential British stamp designer, designed more than 100 stamps for Royal Mail between 1962 and 2000, and provided many more designs that were not used.

The tribute to Gentleman is notable as it is the first time Royal Mail has dedicated an entire issue to a designer of its commemorative stamps.  David Gold, a spokesperson for Royal Mail, said Gentleman was:

“One of the foremost artists involved in British stamp design. His work continues to influence and inspire designers today.”

One of his earliest stamps was part of a 1966 series dedicated to social reformers and the old 8 penny stamp featured Thomas Hepburn, the first leader of a Trade Union for the Miners in Co. Durham and Northumberland.

But it was the old British Steel logo – above their plants from Jarrow to Consett and from Hartlepool through Teesside to East Cleveland’s Skinningrove – that was ubiquitous in this region.

In David Gentleman’s own words:

“I was very pleased to do the steel symbol, because nationalised is what it should be.”

The 92 year-old artist and designer is reflecting on one of the fascinating if less predictable fallouts from the current crisis in the steel industry – a debate about the health, importance and viability of British industrial design. Here’s the immediate context. From the late 1960s onwards the image of British Steel became intertwined with David Gentleman’s iconic “S” shaped branding: an attractively virile reminder of the ambitions of the “White Heat” era of Harold Wilson.

The longer trajectory of Gentleman’s logo, as well as his career, could stand as something of a cautionary tale for the path of politics, industry and industrial design over the past fifty years or so. The logo was created in 1968 to give momentum to the newly formed British Steel Corporation, which had been created to bring strategic investment, as well as rationalisation, to an industry that had fragmented and stagnated in private hands. Gentleman’s “S” developed out of a visualisation of the manufacturing process; it resembled sheets of steel undergoing a strength test.

This branding work was part of an accomplished and at times heart-wrenchingly utopian programme of cultural activity. One of the many films sponsored by the industry, Design in Steel (1973) shows how steel underpins everything from the future of aesthetics to satellites. The strange richness of this cultural legacy reflects the fact that when the British Steel Corporation was formed, it was the largest steel manufacturer in the non-Communist world.

“Running through that Labour government, that White Heat moment, was the philosophy and projection of technology as the way forward, It was seen by people like Tony Benn to be a way of getting away from a reliance on old markets, a kind of response to the shock of the end of empire.”

Bringing things full circle, Tony Benn was also the broker of arguably Gentleman’s most influential work of the 21st Century; the blood splattered posters and placards of the Stop the War movement at the time of the Iraqi invasion. Gentleman has always considered himself to be a natural radical, but it was not until the 1980s that, as he put it in a lengthy 2010 interview in the Guardian “was when I went off message.”

In 1987 Faber brought out a startling book of his prints entitled A Special Relationship. In 1986 Ronald Reagan had ordered a squadron of American bombers to take off from Lakenheath – in the Suffolk that had become Gentleman’s adopted home – and attack Libya, killing 60 people. For a former CND Aldermaston marcher and for an ongoing friend of Benn’s (they kept in touch), it had finally become time to say something.

Sixty-four pages of enraged, in-your-face typographic collage – stark black and white, blood red, sh** brown – denounced a “relationship” between the US and UK that had, in the Thatcher era, become exactly as “special” as “that between backside and bogroll.”

Given the way things are now, I suspect it will not be too long now before some culture warrior in the Conservative ranks will twig that Gentleman – who opposes pretty well everything that they stand for – is to be honoured. This may well provide ammunition to start calling for the new stamps to be shredded and the Royal Mail to be given over to someone like Amazon or the DPD Group.

It must be nice to still be seen as a threat on your 92nd birthday.