We, the tax payers and citizens of this country must realize that Boris Johnson has been sticking up his middle finger at us since day one! 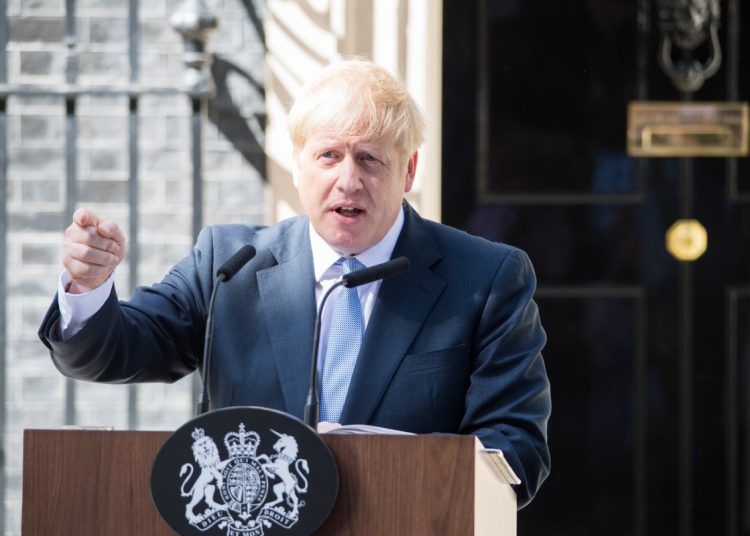 When Johnson finally goes, he will probably earn millions from his memoirs, write for the ‘Torygraph’ again and give after dinner speeches. We have to ask: is this morally acceptable for a serial liar? This is a man who has abused his position on multiple occasions, a man who used his powerful office and position to advance the careers of several women with whom he had undisclosed sexual relationships. This is a man who met a KGB agent in private while foreign secretary on his own, potentially putting national security at risk. This is a man who apparently has no regard for any rules, is routinely reckless and refuses to confirm even how many children he has. Yet it seems that to soften the blow of his departure he will get up to £115,000 a year to assist with his post leadership life.

It came as no surprise that his resignation speech was devoid of humility and that he blamed everyone else for his downfall. It was also a comical moment as there was a sound audible for everyone to hear during his speech which was a song that dominated the media engulfing Westminster this week which received global and nationwide coverage The song played by Steve Bray the anti-Brexit protestor and team has been  played or heard millions of times and featured on multiple broadcasts. Indeed over 12 million watched a short clip from Good Morning Britain when the presenters started dancing to the tune when with great timing, he interrupted a live broadcast outside parliament with his audio playing loudly. This was TV gold which may well feature for many years as one of the greatest TV moments of all time.

Do any morals or principles exist in Johnson’s world?

Most of us strive to live by a personal code of conduct and principles. However, imagine if we had none at all? What sort of a society would we be living in and indeed what kind of government would we have? Whilst it seems clear that Johnson is devoid of any morals or principles, he was none the less elected as leader of the Conservative party and won a 80 seat majority. What we have discovered this week  is that all his team of ministers and MPs have none either.

The Independent reports that Boris Johnson lobbied for a job for a young woman who claims he abused his power to have a sexual relationship with her. The woman  has provided an audio recording of her meetings with Johnson to back up her claims.

Last month, it was reported that Johnson pushed for his wife to secure a role as his chief of staff at the Foreign Office while the pair were having an affair in 2018.

While so many of us are trying to manage with a cost of living crisis made worse by Brexit, Boris Johnson spent £200,000 refurbishing the Downing street flat. The invoice for the job reveals a rug costing £7,000 and a drinks trolley costing £3,675 with the cheapest item being a kitchen tablecloth costing £500.

In essence he was doing what his newly appointed education secretary did so eloquently at the gates of Downing Street when she stuck up one finger at the crowd outside the gates.

We, the tax payers and citizens of this country must realize that he has been sticking up his middle finger at us since day one!

Is he gone yet?

Unfortunately, he will be clinging onto his office possibly until early September or even a bit later. Johnson’s leadership has greatly damaged this country. We are entering a severe economic downturn with rapidly rising interest rates and a cost-of-living crisis that has the potential to overwhelm millions. Yet this character may be getting a vast pay off.

And he is not the only one.

Oh and let’s remember that finger gesture, it was directed at us, wasn’t it?

Dear Mr Vickers: a letter to a “loyal” Tory MP

Dear Mr Vickers: a letter to a "loyal" Tory MP