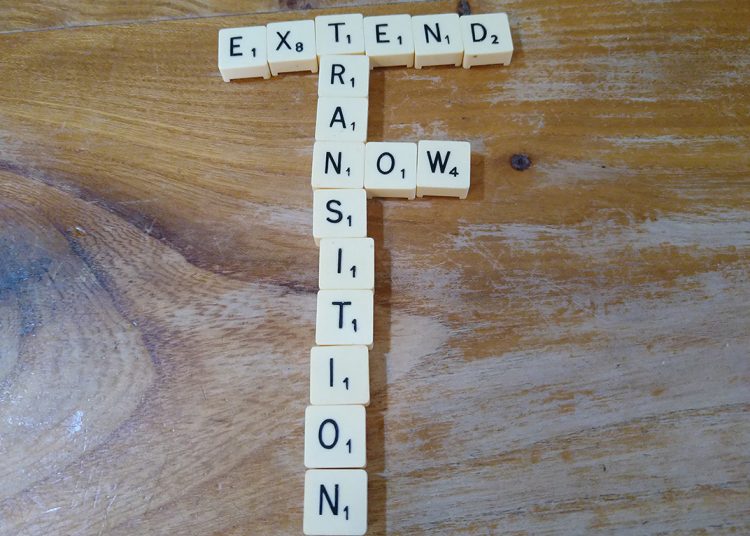 Two respected pundits commented on last week’s political showpiece: the cardboard box-enabled defenestration, flounce, flight, transition to working from home or (take your pick), gardening leave of the prophet Dominic. Both of the commentaries contain, at a certain point, an identical assertion.

Anand Menon, of the UK in a Changing Europe think-tank wrote: “So the choice is between a very hard Brexit and a no-deal Brexit. With Lee Cain and Cummings going, in other words, Boris Johnson is not suddenly going to become a fan of a Norway-style relationship with Europe. Nor could he, even if he wanted to, extend the transition period. The deadline for that passed in June”.

Ian Dunt of politics.co.uk wrote two days earlier: “They leave as they entered, in truth by how they have conducted themselves throughout. The Vote Leave faction was busy last night telling journalists that without them there would be a push from ‘Remainers’ – if you can find them in this government let me know – to extend the Brexit transition process. In fact, this is not possible. The deadline for extension passed months ago. So there they were, unchanged: inventing conspiracies, blaming everything on phantom Remainers, lying incessantly in order to advance their interests”.

The tale is that stories, or scares, about possible attempts to extend the Transition have been coming out of the ruling Vote Leave faction in the centre of government. This faction, or some of its members, have been having an internal soap opera/meltdown moment and (ostensibly) losing some key personnel to the grey area of ‘working from home/gardening leave’.

Jonathon Read summarises the same story in the New European, on 13September: “Brexiteers claim that ‘Remainers’ in government are pushing for a one-year extension to the Brexit transition period, as the clock runs down in talks to secure a deal. The European Union has placed a ‘seven-day deadline’ on talks ahead of an EU summit, with both sides reportedly discussing a ‘grace period’ for Northern Ireland businesses as a period of  ‘temporary adjustment’ to avoid problems. But Leavers also claim the on-going coronavirus pandemic could lead to a longer transition period beyond the 31 December expiry date”.

Sam Coates at Sky News reports: “Without Vote Leave crew to push back, their argument goes, there won’t be a clean break on 31 Dec.”

But Coates points out that there is ‘no way’ Johnson “would countenance an actual formal extension to Brexit” – even if such a proposal was legally possible. Additionally, a government source has claimed: “I’ve never seen so much as a flicker … that extension could be made”.

So, commentators seem to be queuing up to denounce the suggestion that Remainers are manoeuvring to engineer an extension of the Transition period. An accusation which some may  suspect is only a dead cat intended to  divert attention  from  the ‘palace politics’ of Vote Leave, and/or the progress of negotiations  with the European Union;  negotiations which  could possibly save us from the year-end cliff-edge of No Deal, if only to take us instead over  the only slightly less severe cliff-edge of a ‘thin’ deal.

In discussing this episode, Anand Menon and Ian Dunt both hasten to dismiss summarily, and with no ‘ifs’ and ‘buts’, the possibility of the thing which certain Leavers in Downing Street allegedly accused certain other unnamed, imaginary and possibly non-existent ‘Remainers’ in Downing Street of plotting to achieve – an extension of the Transition.

One always hesitates to suggest, especially in the week of his great discomfiture, that the Machiavellian mind-controller Cummings has pulled off another trick to dupe and outfox his adversaries; in this case, to wrong-foot them into denying the one remaining possibility which might save us from the worst or near-worst possible outcome of the post-Brexit transition. Or might it possibly be the case that we have duped and outfoxed ourselves?

A couple of months ago, I published a short piece seeking to ascertain by asking certain key experts,  when and how it had become a matter of consensus and accepted fact that the post-Brexit Transition period cannot now under any circumstance be extended. I pointed out that only a short while ago there was manifestly no such consensus, and respectable commentators seriously entertained the possibility that an extension might well, in case of urgent necessity and shared political will, be achievable.  I did not get an answer to my question.  Had some legal opinion or official advice emerged from authoritative sources indicating that an extension would not be allowable or possible under any circumstance; such as that already vividly in the public mind since well before 30 June of an ongoing and uncontrolled pandemic? No one was willing to confirm this. When and how did commentators receive a definitive assurance that the impossibility after 30 June of extending the Transition under the existing terms of the Withdrawal Agreement amounted to the impossibility of extending the Transition by any means or under any circumstances whatever? As far as I know, no one has received any such definitive message.

Neither Dunt nor Menon cites one. They just write as though what they are referring to is a known and indisputable fact.

What is, of course, well known and undisputed is that:

1. Johnson promised before the December general election to legislate against allowing any such extension

2.  After his election win this promise was kept

3. The Withdrawal Agreement treaty allowed an extension only if agreed by both parties by 30 June 2020

4. That the UK government, against the wishes and advice of the EU, declined to avail itself of that option

But both before and after that deadline respectable sources said that there was a more difficult, messy and uncertain, yet still serious possibility that if push came to shove EU member states and the UK could if they so agreed, make and ratify a treaty change to the Withdrawal Agreement allowing an extension of the Transition period.  As far as Johnson’s self-denying legislation was concerned, let us remind ourselves that before 30June (or the UK Government’s official and final refusal of an extension a few weeks earlier) there was a powerful chorus of influential opinion urging the necessity of an extension, which clearly assumed that Johnson’s prohibition clause could if necessary be repealed in a day. Among the respectable sources, the Best for Britain campaign helpfully published online, before 30June, a report containing a flowchart based on legal advice, which showed the possible roadmap routes to an extension, both before and after the 30June deadline. There was no evident or public change in expert opinion about this matter after that deadline passed.

This seems to be one of those not so uncommon cases where a consensus suddenly forms that yesterday’s consensus is invalid and shall be erased, obliterated and forgotten, without clear public justification for the reversal of opinions.

As the clock continues to tick my question still stands to all the experts who have commented on this matter, in particular to Anand Menon and Ian Dunt who are certainly respected experts: when and how did we (not all, but many of us) come to this consequential decision, and thereafter announce and assume it as a definitive fact that an extension to the Transition was now really impossible? And what evidence led us to that decision?

Unbeknown to me, a day before this note was written Denis MacShane, who is not a lawyer or a journalist but is a former UK Europe minister, published a blog suggesting that the UK government might now find it expedient to agree an extension of the Transition period. He concludes: “There are legal problems, of course. But if the Commission, Council and Parliament understand that this is a major climbdown by the Farage faction in the Tory Party, with its key organiser – Dominic Cummings and his aides – quitting, then the lawyers can do what they can always do and find forms of words to allow time out to work on an effective Brexit deal in 2021. Meanwhile, the current status quo would be extended, so there are no economic, trade or people movement disruptions or any threat to the Good Friday Agreement.”

This is not a new opinion. MacShane is saying now what many people were saying back in the summer. The question of both sides (or all 28 sides) agreeing to an extension/postponement or other euphemistically renamed equivalent action is obviously fraught and moot, but as others have previously said, not necessarily out of the question in the event that all other worse or impossible outcomes are excluded. What is interesting is that MacShane thinks – as other have also thought – that if push came to shove, the lawyers could probably find a way.

Perhaps this possibility is now being discreetly looked into. If not, it should be.

In the meantime, perhaps influential commentators should consider abstaining from closing their own and others’ minds to the available possibilities.

It has been suggested to me that what Ian Dunt and Anand Menon and others have been saying, is simply that an extension is impossible because Johnson has definitively ruled that out. I hope this explanation is incorrect because it would involve playing fast and loose with the difference between what is legally and procedurally possible, and what is compatible with the will of the UK government. But we have seen numerous recent examples that the will of the UK government can be altered by the force of events and public anger. It would be disappointing if leading public commentators, on the eve of an avoidable disaster whether or not a deal is now agreed, began to trim their notion of the thinkable according to the limits of what the government currently wishes to be thought.

When at a critical moment, it is not only legal difficulties that can be overcome. The iron will of government and its resolution to die in ditches rather than change course can also prove suddenly and unexpectedly malleable. Since MacShane wrote the above words, Northern Irish business has just unanimously called for a 6-month extension to the Transition. A similar call from GB industry might not be many days away.  If such a change is unavoidable in Ireland, it is not clear why it would be impossible at other UK/EU borders. There is a petition which currently has over 50,000 signatures. Public thinkers, this is the moment to reconnect with your audacity. Public lawyers are hopefully already on the case.