A mirror to ourselves

Beneath our veneer of civilisation still beats the savage heart. 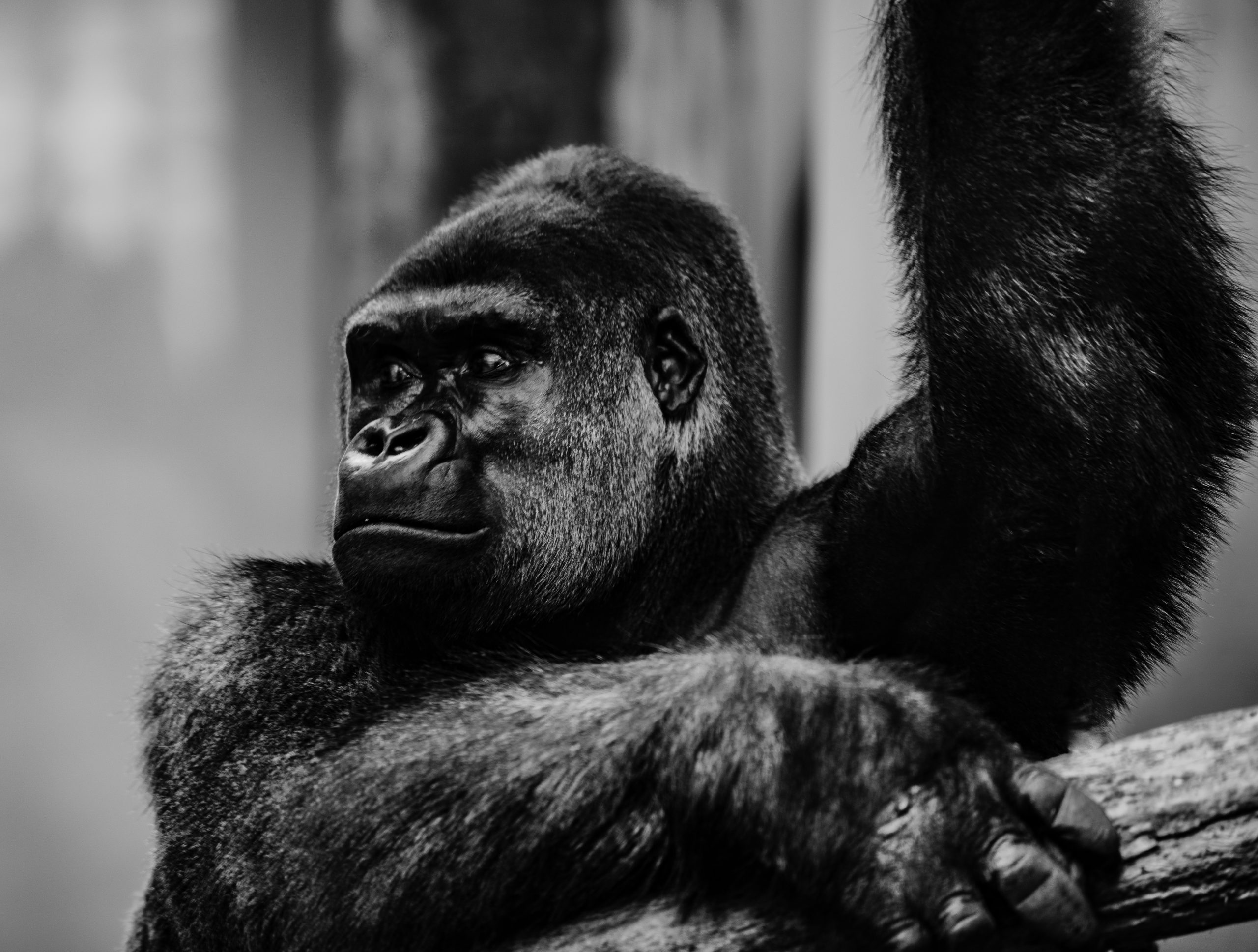 Apes hold up a mirror to ourselves. They can be loving and attentive. They can also be violent, cruel and exhibit the very worst in capriciousness.Photo by cmophoto.net on Unsplash

I don’t know about you, but I have never been too keen on monkeys and apes. I have of course watched them on wildlife documentaries and seen them in zoos, but they have never been my favourites. There is something about them which I find off-putting, quite simply put: they are just a bit too similar to us.

Of course, according to Darwin some are our closest relatives. I have no reason to doubt Darwin. It is a widely accepted fact throughout most advanced societies other than by elements which could be classed as the ‘tin foil hat brigade’ that we are indeed fellow primates.

What I find most disturbing about monkeys and apes though is that they hold up a mirror to ourselves, an unflattering one at that. Stripped of the veneer of civilisation, they offer a window into the base aspects of our nature. They can from the point of view of the casual observer be loving and attentive. They can also be violent, cruel and exhibit the very worst in capriciousness. I will give a notable example.

The Japanese Macaque or snow monkey is reportedly the most northerly species of primate on the planet other than Homo sapiens (us). Many troops of them survive the harsh Japanese winter by warming themselves at volcanic springs. I recall watching a documentary featuring them on TV. The troop was occupying a hot spring, where the warm mist would mitigate the biting chill of their surroundings. But what grabbed my attention was that the alpha male, his subordinates, and the senior females were in the water.

There was plenty of room in this spring as far as I could tell for the entire troop to bathe, however it was only the alpha male and his entourage that were allowed into the water to take full benefit of the heat. This struck me as very human behaviour indeed. Deliberate denial of a resource that could have been shared by many and kept only for the few deemed worthy. The rest had to make do with the warm mist. I sometimes think back to this documentary and ponder: do any of the apes surrounding the spring gain any pleasure from watching the apes in the water? Perhaps living vicariously through others as many humans of modest means do watching celebrities exhibiting their wealth.

It occurs to me that beneath our veneer of civilisation still beats the savage heart. What we do in our societies is no different to what the Japanese Macaque does. While our ‘elites’ are dining well and living in fine houses and mansions, others of our kind are struggling to survive with no roof whatsoever above their heads, indeed they do not even have access to a hot spring! These things are only getting worse, not better as we had hoped.

We (humans) now have a new breed of alpha male in our societies. The very same types excised from our world by brutal conflict in the mid 20th century. The strong man panders to our baser instincts. They and their subordinates divide us, setting one against another until we tolerate our fellow humans sleeping on the streets and scavenging in garbage bins for a bite to eat. Policies of deliberate cruelty such as Universal Credit and benefit sanctioning for the ‘unworthy’ as it is sold to those slightly better off… who love them for it.

What separates us from our primate cousins is that very veneer of civilisation. We have developed culture such as the arts and sciences. We have built institutions such as our legal systems and civil services and a great many more besides both civic and in civil society. As time has progressed, we have become more ‘civilised’. We have outlawed slavery (so much in the news at the moment), child labour and emancipated women by and large. Countless other improvements can be cited such as universal healthcare, but the trend has until late been towards a more civilised society. Up to now that is.

But many of these institutions are under attack, by our new alpha males. These have one problem (for them); they get in the way of exercising absolute power like their simian brothers wield. It is no accident that alpha male Trump in the USA is attacking science and the arts. The attacks both political and economic on the vital institution of journalism are relentless. The investigative journalism of Woodward and Bernstein is sadly a fading memory: this in the nation which constitutionally guarantees the freedom of the press. We in the UK have no such luxury.

With a hollowed-out press… unscrutinised, these new alpha males run amok. Taking advantage of the environment free from investigative journalists and documentary makers who in previous years would have predated upon them. These gatekeepers were dispensed with as they were too expensive. Celebrity chit-chat and reality TV was cheap to make and profitable. However, the cost to society was high, those who need to be scrutinised go unchecked. Free to pander to our beasts within.

It is our duty to ourselves, our species and our world that we recognise our base instincts and suppress them. Our best tool for achieving this is called the truth. It is our duty to demand more of our remaining journalists and documentary makers to ensure these new alpha males are exposed for what they are, not just repeat what they and their lackeys say.

We human beings may have smartphones, we may wear clothes and some of us in living memory even visited our own moon. Our operating system is Ape 2.0… but the source code is still APE. The beast still lurks within the code waiting to be pandered to.

Weaponising plague as a cover for an abominable Brexit

Kirsty McTear is a contract design engineer who has worked throughout the UK and also in mainland Europe. A self confessed Europhile she is a veteran of the Remain movement. Born in Cumberland and having lived in the north east for many years, she now resides in southern Scotland, where she is an ardent supporter of Independence.