The EU argues that there needs to be reciprocity and proportionality to make sure there is an equitable distribution of vaccines. 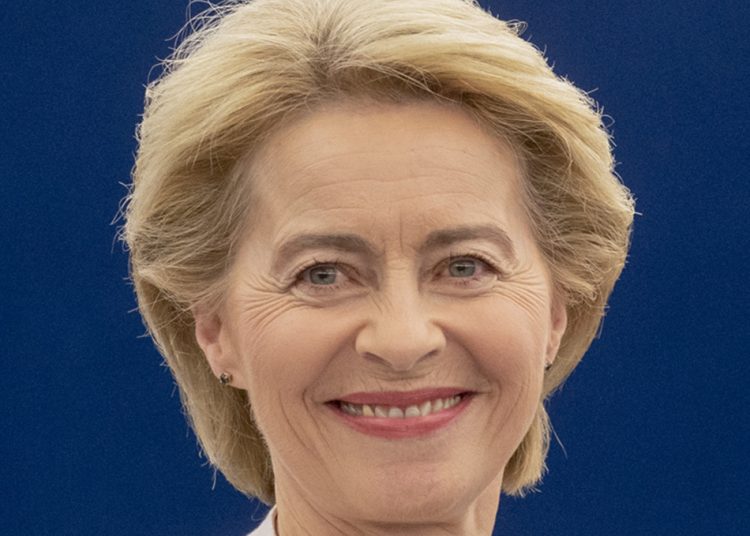 Ursula von der Leyen by European Parliament from EU This image was marked with a CC BY 4.0 license

The secrets to Israel’s success seem to be having a small population and having made a special deal with Pfizer that included the sharing of information on the impact of large-scale vaccination.

The details of the vaccine contracts signed by each nation are a commercial secret. However, some of the price details have been revealed. The EU pays less for the AstraZeneca vaccine than the UK and the US and it pays significantly less for the Pfizer vaccine than either the US or Israel. This has raised the suspicion that some manufacturers may favour the highest bidder.

A key component in the vaccine success of the UK and the US has been a restriction in the export of domestically produced vaccines. At the time of the dispute between Astra Zeneca and the EU, it emerged that AstraZeneca was contractually obliged to supply the whole of the UK production just to the UK.

On 18 March the US administration announced that they would export, for the first time, 4 million doses of vaccines. This was a positive step but not a great sacrifice for the US; these are AstraZeneca vaccines that cannot be used in the US as this vaccine has not yet been authorised there.

Finally, nations like Serbia and Chile have done well because they have imported vaccines from China and Russia on a large scale. Interestingly both China and Russia are lagging behind in the vaccination of their own population, but they see vaccine diplomacy as a tool to acquire influence.

On 17 March, the EU announced the intention of changing its export policy, particularly in relation to countries which are also vaccine producers. The EU argues that there needs to be reciprocity and proportionality to make sure there is an equitable distribution of vaccines. I do not know the details of the EU vaccine export plan, but I do know that Boris Johnson has failed on reciprocity and global solidarity.

India has also announced the intention of reducing exports to the UK to keep more vaccines at home as they are behind in their own vaccination campaign.

Recently, Norway (not an EU member) raised concerns about some rare but severe thrombo-embolic complications amongst recipients of the AstraZeneca vaccine. This was followed by other reports and some nations suspended the administration of this vaccine for a few days.

It is debatable whether that suspension was necessary, but my impression is that there was a need to respond to the concerns raised in many media across Europe. These concerns were fuelling vaccine hesitancy.

The European Medicines Agency report on 18 March shows that while there is no overall increase in the risk of thromboembolic events, there might be an increased risk of disseminated intravascular coagulation and cerebral venous sinus thrombosis, though these were rare events.

The report describes the symptoms of these two conditions so that vaccine recipients or healthcare workers could recognise them. Perhaps, once we have more information, having risk factors for these two rare conditions might represent contraindications to the AstraZeneca vaccine.

All vaccines have contraindications: the Pfizer vaccine, for instance, should not be given to patients with a history of allergy to polyethylene glycol. Vaccine safety is about responding to “signals” and the best strategy to overcome vaccine hesitancy is honesty.

I am glad I have been vaccinated with the AstraZeneca vaccine and my sister in Italy has also received this vaccine.

I believe that handling Covid-19 has been made more difficult by Brexit. Despite leaving the EU, Boris Johnson still needs the anti-EU rhetoric to continue.

“Take back the tap” on World Water Day

A Watergate moment for Johnson?

A Watergate moment for Johnson?