This letter is being sent to the current Chancellor, Rishi Sunak, in the hope he might pull it out of his budget box next Wednesday 3 March 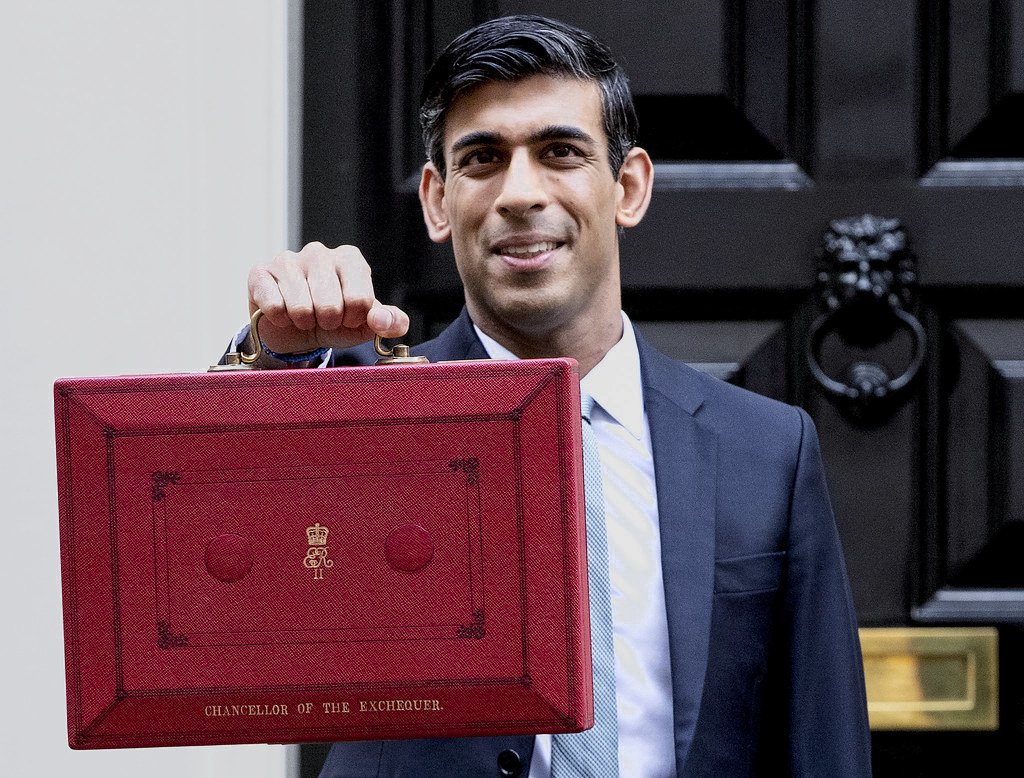 This letter is being sent to the current Chancellor, Rishi Sunak, in the hope he might pull it out of his budget box next Wednesday 3 March, to make it the foundations for his announcement.

This government appears to like ‘roadmaps’ and ‘ten point plans’, so here is my green route and eleven points to consider.

This is clearly a unique opportunity to do something different. There is a fork in the path ahead, with one route taking us back to an unfair, unequal, unhappy and unhealthy society. Or there’s another way, but this requires significant courage, focus and big thinking and investment, involving learning and building on best practice internationally.

1. To make the UK a fair and safe place for all our residents. The focus should be on security and support, to make the UK a place in which children can grow happily and securely, young people have choices and activities, adults reach their full potential and there is security for older people. Our current society is too precarious and focused on profits for the few and poverty for the many. Many people work hard in frontline jobs and are not fairly rewarded. We clap for carers but still don’t pay them properly.

2. To have an offer of good jobs for all who can work. The current economic forecasts from the Office of Budget Responsibility (OBR) and others predict unemployment will peak later this year. The ONS statistics for Autumn 2020 show unemployment has reached 5% (1,700,000 people) and Gordon Brown and others believe this is an underrepresentation as it doesn’t take into account the ‘grey/cash in hand’ economy. When the Coronavirus Job Retention Scheme (CJRS commonly referred to as furlough) finishes on 31 March 2021, there will be several million people thrown into unemployment. In some cases, this is because their jobs are no longer viable, but for others the latest ‘roadmap’ means there is minimal opportunity to bridge allowances in their sector (in particular hospitality, tourism, arts and culture and leisure). Many of the newly unemployed are young people. There should be brave, bold and significant action to retrain workers and create quality new jobs.

3. To establish Beveridge 2 – a cross-party report which reviews the current national insurance, benefits and social (in)security programme which is failing so many people under the current Universal (Dis)credit*.  As around three million citizens have now been thrown onto Universal Credit because of the pandemic, they will have discovered its many shortfalls – it’s based on everyone being able to work, that there is a job for everyone, and work pays well. It doesn’t reflect today’s society and modern households, the role of gender within a household, the precarious nature of work. It is not paid at a decent level. There are opportunities to consider a Universal Basic Income, portable furlough, better initiatives for new self-employment.

*The term Universal Discredit was thought up by Sir Jeremy Beecham

4. A genuinely green recovery that has a Carbon Tax, which is used to combat climate change. A proper programme of home building and insulation that trains and employs people currently out of work or at risk of losing their jobs. Investing in clean energy. Using the Cop26 UN climate summit this November in Glasgow and the G7 presidency this year to demonstrate leadership on the climate emergency.

5. To review taxation so that large multinational companies who make plenty of profits in the UK pay their taxes here. Corporation taxes should be increased but small and local businesses should not pay the same rates. To consider taxing assets as opposed to income. The newsroom Tortoise on 19 February 2021 illustrated that if all wealth between £1million and £10 million was taxed progressively and all wealth beyond £10 million was taxed at 3%, billionaires would pay a combined total of £55billion. Just saying.

6. To invest in education. A teacher recently told me his fears for this generation of “emotionally and educationally stunted pupils”. A few quid for a tutor isn’t going to fix this. Our state schools have failed pupils, parents and staff, whilst demand for private education is increasing. Our university students have been sold a pup, paying a fortune for inadequate distanced learning, and accommodation they can’t fully access. The Government and Universities have connived to keep the students paying whilst offering them minimal services and support. At the same time continuing and further education continues to be undervalued and the money is being pulled from Union Learn in March 2021.

7. To initiate a major programme of home building for social rent. Not properties to be traded, but decent housing for all based on new households and their needs. These would be based on Decent Green Home Standards and provide training and job opportunities for construction workers.

8. To not rush off and set up another unnecessary and expensive reorganisation of the NHS, but instead to tweak legislation on involvement. The issues in the NHS are about funding and capacity – our workforce which has been exhausted by Covid-19 and depleted by Brexit; the rates of pay, terms and conditions and to bring back bursaries and grants not charges and loans for student nurses and professions allied to medicine.

9. To finally resolve the scandals of children and adult social care. To recognise that a private market will always follow the profits and to place social care and support firmly back into the state and not-for-profit sector. To recognise that social care is about enabling people to live full and fulfilled lives and base support around them and not large facilities. To build on local, neighbourhood and cooperative schemes based in communities.

10. To recognise inequalities, whether due to ethnicity, age, geography, gender, disabilities, migration status, family structure and other characteristics and tackle them. These are the communities who are often the worst affected by coronavirus due to their poor housing, appalling work conditions and basic poverty.

11. To recognise the importance of neighbourhood, communities of interest and geography, the fantastic number of community organisations, volunteers, community hubs and charities. These are not the state and should never be used as cheap or ‘free’ replacement for valued public services, but a firm foundation to build on.

We are the fifth richest country in the world and the Joseph Rowntree recent report ‘UK Poverty 2020/21’ demonstrated a poverty rate of 22%, with 14.5 million people  defined as living in poverty; 2.4 million people, including half a million children, defined as destitute at some point during the year, and 9% of people in poverty, having been in that position for over two years. Is this really a country to be proud of or ashamed?

So go ahead Chancellor and make my day.

What we have become