One striking exception to this was the 'Byker Wall' development in 1968 to 1982. 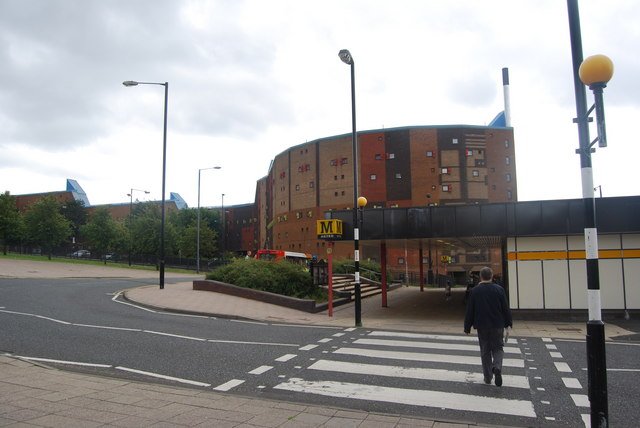 In the UK only 7% of households live in a council house or flat. In the North East of England approximately 20% of people live in council housing with an additional 11% in social housing provided by housing associations. In the 1960s it was over 50%.

Yet council housing or social housing may be on the cusp of a renaissance as central government at last recognises that Britain is in the grip of a ‘housing crisis’ which shows no sign of going away. According to a new report by the Local Government Association (LGA) there are about 1m people on social housing waiting lists. With the Covid-19 pandemic deepening it warns that this could rise a staggering 2m by 2021 as more private tenants fall into debt and risk being homeless or roofless.

There’s nothing new about homes being provided by thestate. Local council housebuilding on Tyneside began in Newcastle in 1904, and the sector even today displays a huge variety of type of homes. With the advent of World War One, housebuilding ground to a halt. By 1918 there was a housing shortage of 600,000. The post-war national government committed to a policy of ‘homes fit for heroes to live in’.

The Addison Act of 1919 took central government into public housing for the first time and built over 200,000 new homes. In 1923 the Chamberlain Act brought in a revised policy. Although council housing was subsidised by the state, they were only allowed to build for rent if the private sector couldn’t. Even so, 400,000 homes were built.

Although 4m homes were built throughout the inter-war period, most were constructed by the private sector.

For some historians like John Boughton in his book, ‘Municipal Dreams’, council housing largely benefited the ‘respectable working-class’, while millions of low- income families couldn’t even afford the subsidised rents. Yet some of the most attractive council housing is in the ‘cottage estates’ built in the 1920s, such as the High Heaton and Pendower estates in Newcastle. In contrast, one of the former problematic estates was Meadowell in North Shields, built to reduced standards to rehouse the population of the riverside slums.

Housing was a key political issue in the 1945 general election. Four out of 10 voters listed it as the major issue. Both principal parties promised rent controls, but Labour under Nye Bevan promised 5m homes. The 1946 Housing Act, introduced generous subsidies, and gave local authorities the lead responsibility for construction. Bevan put quality before quantity. The post-war Labour Administration under Clem Attlee PM rolled out an ambitious public sector housing programme with 147,000 homes many with front and back gardens, built in 1947. By 1948 a further 238,000 houses were built, though the programme was cut back due to the economic crisis of 1948.

Despite this, over 1.5m home had been built by 1951. Several of the new council estates were ‘revolutionary’ such as Montagu and North Kenton in Newcastle for they contained community centres, shopping precincts, schools and libraries. Throughout the fifties there was a big increase in house building. The Conservative Minister Harold Macmillan was determined to outdo the Labour government’s record.  Backed by the PM Winston Churchill, he devoted his energy into what he dubbed a ‘national housing crusade’, managing to build 327,000 council homes in 1953 and 354,000 one year later. The worst of the housing shortage was over – though the problem of overcrowding remained.

In the 1960s poverty and homelessness surfaced and became the key focus of the 1965 drama-documentary ‘Cathy Come Home’, which cast a spotlight on overcrowding, slum housing conditions and homelessness, despite the ‘welfare state’.

The newer, cheaper method of building was designed to construct ‘warehouses’ that could hold as many tenants as possible, while the government claimed that slum housing was being replaced. The solution to the housing problem was to ‘build into the sky’, which climaxed with the construction of high-rise blocks of flats coupled with high-density housing in the 1970s.

As Brian Lund notes in his book, ‘Understanding Housing Policy’, much of it was so poor in quality that a decade later some blocks were already being demolished, while the rest underwent costly maintenance and refurbishment programmes. By the seventies, council house building in the north followed the national trend of a return to low-rise and more traditional building, often in inner-city redevelopment neighbourhoods and on small brownfield sites.

One striking exception to this was the ‘Byker Wall’ development in 1968 to 1982 – a block of 620 maisonettes with colourful architecture and sensitive landscaping. Five years ago the estate was transferred to the Byker Community Trust and has £20m investment since 2012. It won an award in 2017 – ‘Best Post War Neighbourhood’ at the Academy of Urbanisation.

With Thatcher’s ‘Right to Buy’ policy in 1981, over 1.9m council tenants have bought their homes, which arguably, saw the slow death of fair rent local authority homes. Few were replaced. Council house waiting lists grew throughout the decade. Homelessness and the rise of ‘rough sleepers’ became major social problems. Young adults and ‘poor’ families were forced into the private sector with little security of tenure.

Furthermore, the shift to cheaper building methods in the seventies; fewer amenities and the targeting of lower-income groups all changed the profile and perception of council housing. By 1990 council housing had become stigmatised and ‘residualised’. Not-for-profit housing associations became the main provider of social housing for those in need, while existing council stock was brought up to the ‘Decent Home Standard’ by 2007.

There is pressure from the charity Shelter and the LGA for central government to commit to an affordable house building programme of 1m homes by 2022. With housing back at the top of the public policy agenda there’s hope that we might see a renaissance in social housing to meet the challenges of the second decade of the 21st century.