I started to learn about the history, geography and geology of the area, about local superstitions and folktales 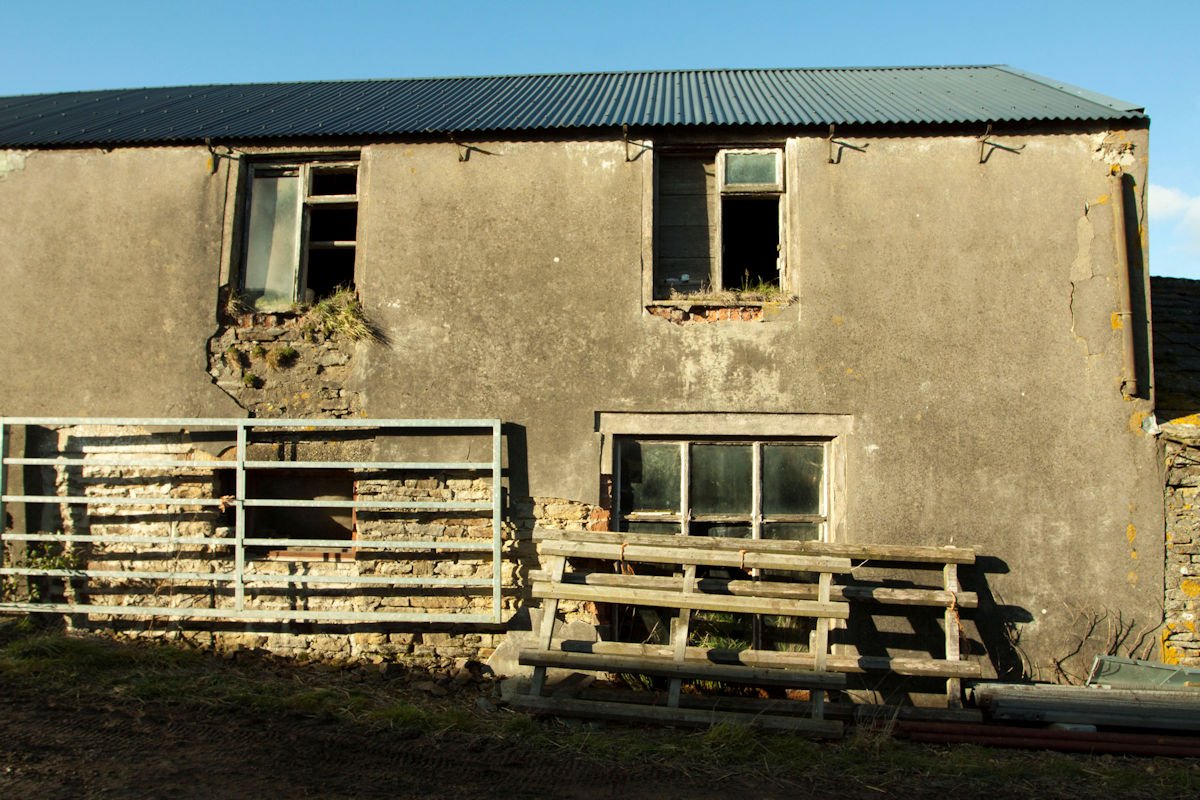 The house at Lane Head in which my ancestors lived from early 18th to mid-19th century - Photo by Helen J Brown, used with permission

My Uncle Jack and Auntie Doris moved from Sunderland to London during the Depression to find work. Jack Dent was the eldest of the family of one brother and three sisters. My cousin Alan was born in London in 1934, nine years before me. Later his sister Dorothy was born but Alan was always conscious that, although he and Dorothy had lots of uncles, aunts and cousins “up North,” they were very much alone “down South.”

I, on the other hand, had (until 1958) a grandfather and nana (his second wife), as well as three uncles and aunts and, nine cousins, most (one family had moved to Darlington) “around the doors,” as the saying had it. I was aware of the southern branch of the family but don’t remember ever meeting them until I went up to Cambridge in 1962 and discovered that Alan and his family were living in the Cambridge suburb of Cherry Hinton and Dorothy and her husband were living less than a mile from College.

In 1989 my Uncle Jack (only known as Jack in Sunderland; it was John down south) died and Alan inherited some family papers which inspired what he described as a “dormant interest” and he set about inquiring into the family history. He searched through parish records, census returns, even visited graveyards and gradually drew together, not just a family tree but details of the lives of our Dent ancestors.

The home of the family at that time was Lunedale, a tributary river which flows into the Tees at Mickleton-in-Teesdale, and for many years they lived at Lane Head, Kelton, two farm houses on the same site, where the Dents were sheep farmers. He followed them from there to Weardale and thence to Dawdon and finally Sunderland. On 30th December, 1994, he sent an eleven page summary of his findings to me and other member of the family in Sunderland.

I think most of us simply skimmed through it, as something of minor, almost peripheral interest, although when we saw him we naturally congratulated him on an impressive piece of work – as, of course, it was.

Sadly Alan died at the beginning of July 2017 and it was then that I thought I really should look at it properly, if only out of respect for him and the amount of work he put into it.

To begin with my reaction was as before but, without realising it at first, something did stick in my mind, so I went back to check. Yes, it was so! My Great Great Great Great Grandmother, Margaret Dent (1759 – 1838) was an unmarried mother. Not only that. She had left Lane Head at the age of 16 and didn’t return until 20 years later, heavily pregnant. And she never told anyone where she had been and who the father of the child – my Great Great Great Grandfather John (1795 – 1862) – was.

Now that did interest me, although I certainly didn’t get excited about it. But obviously it stuck in my mind because early in 2018 I began to think they might just be the makings of a play there. I started playing around with ideas and very soon realised that I wouldn’t get very far unless I knew more about the area. I had some acquaintance with it: we’d holidayed at Mickleton a lot during the fifties and once I got a car in the seventies I’d explored the area further but a holidaymaker/tourist’s knowledge is only superficial, so with Google as a starting point I started to learn about the history, geography and geology of the area, about local superstitions and folktales, even about the gypsies who visited the area regularly.

I chatted about it to my friend and British Theatre Guide colleague Helen J Brown who lives in Barnard Castle and is a keen genealogist and local historian and she offered to help, and so began a year of research. We amassed a huge collection of photographs and maps and over 50 pages of information. Helen even drove up to Lane End, took photos of the two houses (only one inhabited now, the other having been turned into a storehouse and barn) and the surrounding area and even talked to the current owners (who are actually off-comers – they’re from the North Yorks Moors, not the Dales!). She also managed to track down two more generations of the family from Lane Head further up the Dale to Low Wemmergill (now submerged beneath Selset Reservoir).

Meanwhile I was playing with various story ideas and found myself researching crime and punishment in the City of Durham in the eighteenth century, as well as the wanderings of gypsies around North Yorkshire, County Durham and Cumbria at the same period. Indeed I even had to learn a few words of the Romani language – which, incidentally, is related to Punjabi. Not a lot of people know that!

Then I realised that, if I wanted the play to be more than a pale imitation of Catherine Cookson, I needed a different approach. So I changed the whole structure, setting it in two time periods, 18th century Teesdale and Durham and 21st century Teesdale and Sunderland. A supernatural element developed: Peg Powler, the nasty water sprite of Teesdale legend, now makes an appearance and there’s this strange old woman who comes and goes in the 18th, 19th and 21st centuries…

It’s the same basic story but it certainly isn’t the play I set out to write!

There has been production interest shown! Not from a professional company – only the National or the RSC could afford the massive cast! – but by a well-respected amateur company. But, of course, we must await the defeat of Covid, and who knows how long that will take!

But how different an effect the same story had on two cousins!