There’s very little happening in theatre - but just wait five minutes for that could change at any time. 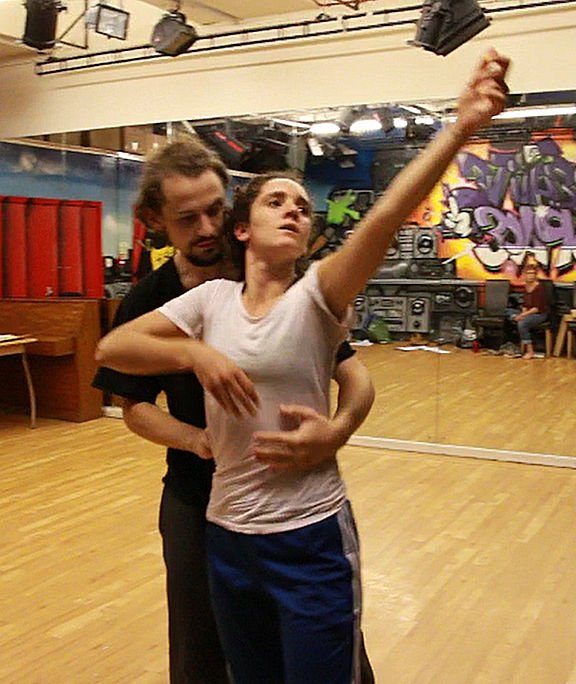 Play by Peter Lathan Photo supplied and used with permission

I’m a writer. It’s what I do. I write pieces like this for North East Bylines; I write translations of poems from Latin, French, German and, very occasionally because my knowledge of the language isn’t that good, from Welsh which I put on my blog; I write news stories and theatre-related stories for the British Theatre Guide; I review straight and musical theatre, opera and contemporary dance for the BTG; I write and contribute to books about theatre, but first and foremost, I’m a playwright.

There’s very little happening in theatre – but just wait five minutes for that could change at any time as the government keeps changing its mind, knee-jerking to everything that catches our masters’ attention – so news and reviews are very thin on the ground, and as for writing new plays…

I’ve written full-length plays and short plays, historical plays and modern plays, plays for children and plays for adults, pantos and musicals, plays for school and youth theatre, plays for professional and amateur performance – I first met the NE Bylines editor when she assisted backstage on an outdoor community production of my version of The Mysteries, my first professional commission back in 1975 – and, in the eight months since I began shielding (aka self-isolating), I have written five plays.

Well, that’s not quite true. I have begun to write five plays but by the time I got to page 5 (or even earlier) in each of them I ground to a halt: nothing, nowt, sweet FA, zilch, big fat zero, dim byd, dad, rud ar bith, rien, nichts, nada, niente and so on through every language on earth.

The poetry translations are fine. I have no problems there – other, obviously, than the normal problems of trying to transfer the nuances of one language into another – and the only problem I have writing news stories is working up the energy actually to start, most crudely expressed, I suppose, by ‘getting my arse in gear.’ But writing a play – and, to a lesser extent, reviewing an online performance – is different.

I have never been what you might call a ‘solo’ playwright, someone who writes at home and then simply hands over the script. Until far too many years of far too much smoking took its toll on my lungs, I was a director as well as a writer, developing the piece in association with, for example, an assistant director, or developing/devising scenes with company members.

Theatre is, after all, a collaborative art form; what we see on a stage is the result of director, actors, designer and others bringing their unique insights and understanding to the playwright’s script and the wise playwright listens to them, takes their thoughts and insights on board, incorporating them in some way into the play.

There’s a tremendous atmosphere in a rehearsal room in a development/devising session. It can be exciting, emotional, intellectually stimulating – but it’s always fun! For the playwright it can be exhilarating or depressing. If it’s the latter, there’s the big consolation of a number of minds with different sensibilities coming at the problem from different directions and if they solve it, it’s magic, but if they don’t… Well, it was probably wrong anyway and it’s better to know that now when something can be done about it easily than later when, perhaps, it will disrupt the rest of the play.

And then there were the meetings with my assistant director in the Settle Down Café in Newcastle where we’d sit for hours drinking gallons of tea and eating tons of cake. I remember one such marathon which completely changed the structure of one play, breaking down the brick wall which I’d been bashing my head against for a week.

Is it really any wonder that I keep stalling?

I miss theatre – and theatres. I miss the atmosphere and ambience, and, of course, the people. Even theatre bars, whether it’s the plushness of the Dress Circle bar in Sunderland Empire, the Edfringe-like crush that is Newcastle’s Alphabetti or the modern buzz of the bar at Northern Stage where you’ll always find theatre-makers deep in discussion of beavering away at a laptop, have a ‘feel’ which is totally unlike any pub or hotel.

Until we can get back to a more normal life, here’s one writer who’s going to have to stick to more solitary writing pursuits whilst mourning over the (hopefully temporary) hole left in his life where theatre used to be.