It was always intended that the community orchard should become an educational resource, both for adults to learn the skills of fruit cultivation, and for school children to experience nature and growth, and for it to be a community resource, for people to share the produce, to enjoy the environment and to have a space for local events 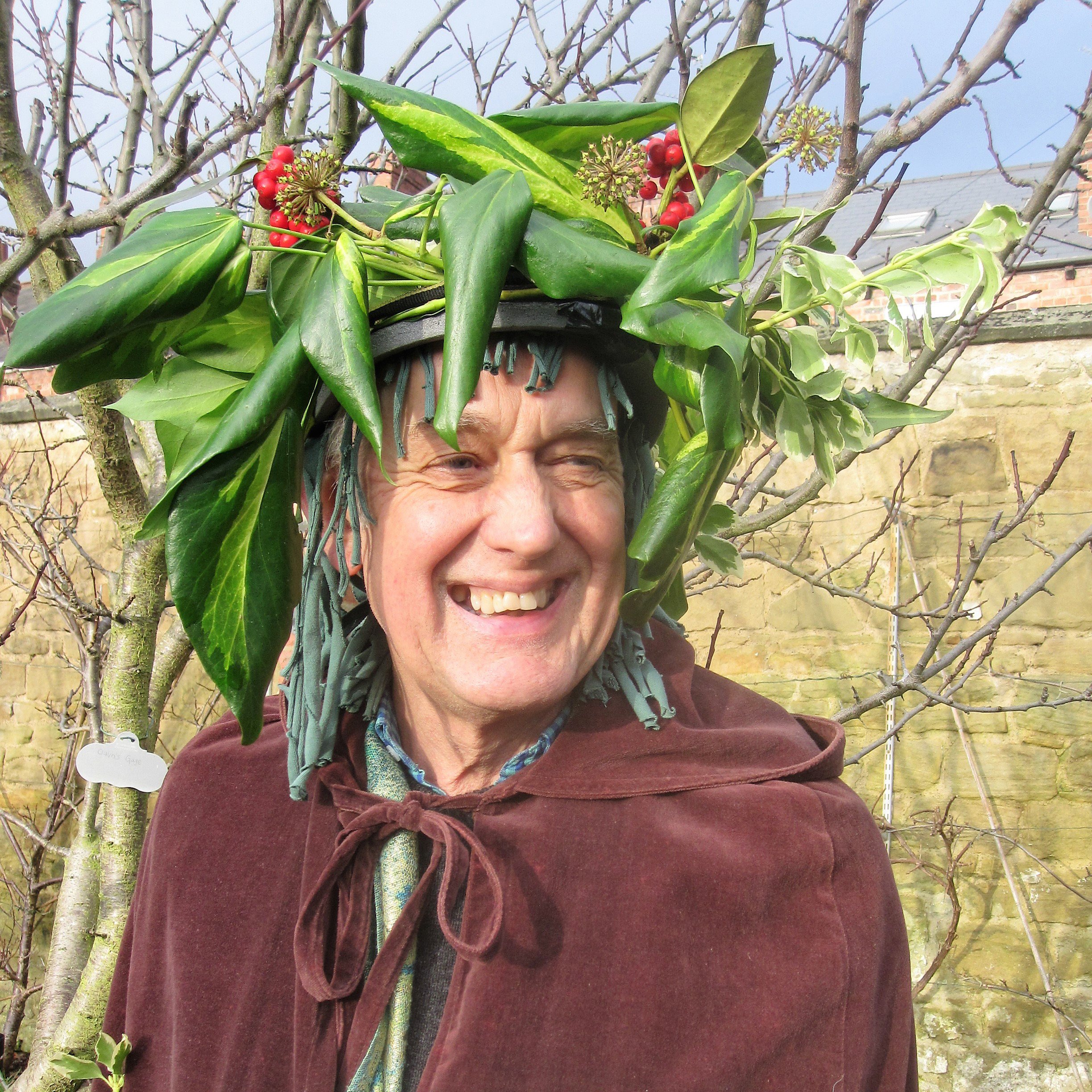 While the country was in lockdown earlier this year, many people went looking for quiet outdoor spaces to visit, with or without a dog.  Parks were popular but often too busy, allotments received better attention than ever before, country parks and beaches were often out of reach.  Where else could offer the restorative sensations of nature?

Close to home, but less visited, was a community orchard in Jesmond, enclosed within a cemetery and hidden next to densely built-up terraces, at the edge of local awareness.  Many people out for a local walk had never been there before, but found it while having a wander, and appreciated the serenity and beauty of the location.

The Orchard was established in 2009 following the discovery of a derelict area formerly used as the council depot within the boundaries of St Andrew’s Cemetery, but sheltered behind a hedge-bank.  A public meeting led to a committee being formed to regenerate the site as a demonstration project.  At that time awareness was growing of the steady loss of traditional British orchards due to competition from the bland varieties beloved by supermarkets.  The diversity and quality of British apples is second to none, but they take longer to mature and are often less eye-catching than those from the New World.  The unique habitats of traditional orchards, with spreading trees, grass and wildflowers, and grazing sheep, have long gone, though some modern orchards are cultivated with a regiment of wire-trained trees.

It was always intended that the community orchard should become an educational resource, both for adults to learn the skills of fruit cultivation, and for school children to experience nature and growth, and for it to be a community resource, for people to share the produce, to enjoy the environment and to have a space for local events

Among those who started the orchard there were several keen gardeners, but nobody with any specialist knowledge of fruit trees.  Undeterred, we went on courses, studied books and began practicing what we’d learnt.   One of the big advantages of growing fruit trees is that they need much less frequent care than vegetables.  The periods when they need attention also coincide with school term-times – pruning and grafting in the spring term, and harvesting and preserving in autumn – so children can gain direct experience.  This contrasts with allotments where many crops ripen over the summer holidays.

Within a short time the orchard group started running courses in pruning and grafting, the latter with an expert tutor who can supply all the materials necessary.  Our aim is to plant the greatest diversity of varieties and encourage others to grow what they fancy.  Apples in particular are responsive to growing in many forms and sizes to suit their site, and climate change means we can grow fruit that was previously not hardy enough for the North East.

The original orchard is maturing nicely, and contains apples, pears, plums and several more exotic fruits.  During lockdown it became a social setting for friends to sit and converse in the open air.  But where to plant all the additional grafted varieties?  With permission from the owner, Newcastle City Council, the orchard expanded into marginal areas of the cemetery.  Extra varieties were trained on cordons, single stems grown close together along wires.  A second orchard area was established close to West Jesmond Primary School, where the children are shown how to graft trees themselves, and come back the following year to plant them out.

Celebration has also been a feature of the orchard culture, with an annual Apple Day (virtual this year unfortunately), family events held during Jesmond Community Festival in May and plant sales.  Luckily orchards are cheap to run and everyone involved is a volunteer, so the annual costs are low.

And what about the rest of the cemetery, dating from the 1850s and listed as a historic park and garden?  In recent years the council has needed to fell some of the original trees due to disease, but coronavirus has led to a reduced budget for replacement.  Partnership is essential to replant within a realistic timescale, so the orchard group has raised funds to plant some standard trees this winter, with the involvement of the school and a local plant nursery.  This will lead to improved habitat and biodiversity, as well as more attractive local walks.