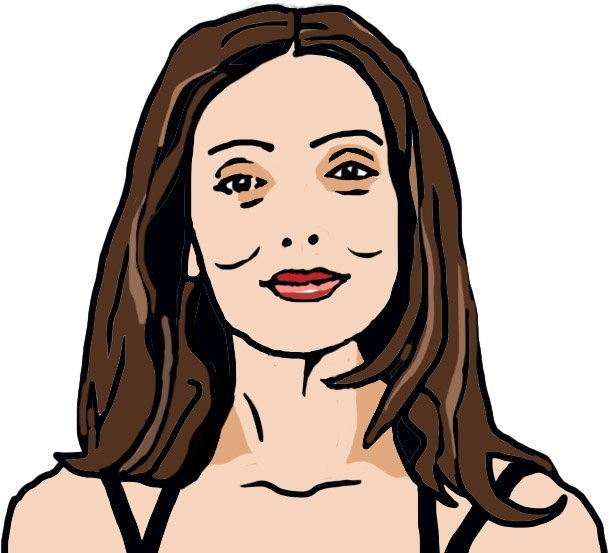 When my cousin Alessandra passed away in early November 2018, she was only 49 years old, and 24 Kg (about 4 stones). The cause of her death was massive organ failure caused by anorexia, the disease which had eaten her away since she was about 14 (in 1984).

She nearly died in May 1992 when she had fallen off her bike while exercising intensely to control her weight of 23 Kg (sic!). At the time, the hospital staff- where she was taken by the ambulance crew- was more concerned to treat her emaciated body than to check thoroughly if she had suffered a concussion. They missed out a blood clot (caused by the impact of the fall), which two weeks later caused her to go into a coma on a late warm Thursday night at the end of May.

Given her state, the doctors were adamant that she would not last till the weekend (her lungs were full of water), the hospital priest gave her the last rites, my father started making arrangements for the funeral (a rehearsal of what would happen 26 years later), and I was hastily called to the hospital to say goodbye to her. Yet by the Sunday night, she was out of danger, and over the following weeks, she made a full recovery against all odds. At that time, it seemed that her food disorder had been defeated or was at least under control. Needless to say, it was again the beginning of a continuous cycle of recoveries and relapses, which carried on till her last day.

These memories came flooding back today when I came across an article in the local Milan edition of La Repubblica newspaper: the Lombardy region (where I come from) has finally passed a regional law introducing measures, and actions to prevent & treat food disorders.

These measures include setting up a regional network to spot the early sign of food disorders in patients treated at local medical units, and then refer them to specialist units. The team dealing with the patient would include at least a psychiatrist, a paediatric neuro- psychiatrist (for young patients), a dietician, a physician doctor, a psychotherapist, nurses and other medical personnel specifically trained to deal with food disorders. The law also states that the patient would be presented with a therapy rehabilitation program, and ongoing support would be provided to the family and/or the carer of the patients.

The approval of this law was cheered by Ambra Angiolini, a now successful Italian actress, who started her carrier at a very young age as showgirl on Italian TV. She has gone public, and written a book about her life long fight with Bulimia, and followed closely the steps to approve this law.

From her painful personal experience, she believes that Anorexia (Ana) & Bulimia (Mia) are illnesses of the soul, closely related to self-acceptance issues, and body positivity.

For this reason, she is working in close cooperation with the patients of the regional pilot centre for food disorders near Brescia (in Lombardy). The aim of her work is to set up a show called “I want to be mine” (“Io voglio essere mia”) to be shown in the theatres nationwide, once the pandemic allows it. This project gives a voice to the stories of the sufferers of food disorders. Ambra Angiolini strongly believes that love for oneself must be cultivated and developed. In her words, “these illnesses have nothing to do with the aesthetic images of ourselves, but they are illnesses of the soul, and as such, they cannot be treated in one day, but require a very specific course of treatment”. Through her theatre project, she aims to help the food disorder sufferers to talk about themselves.

I witnessed what Alessandra, and the person close to her went through, the lack of infrastructures when anorexia struck her in the 1980s, the prejudices about food disorders due to lack of information at the time, and the never ending cycle of recovery, and relapses.

I do therefore wish that the theatre show created by Ambra Angiolini will be a success in dispelling the misconceptions about the sufferers of food disorders, and will help potential sufferers to seek help at an earlier stage.

If the regional law approved in Lombardy is successful in tackling the food disorders, the scheme should be then extended to the rest of Italy, and implemented in the EU states, and abroad.