An endorsement for Penny Mordaunt from a young Conservative 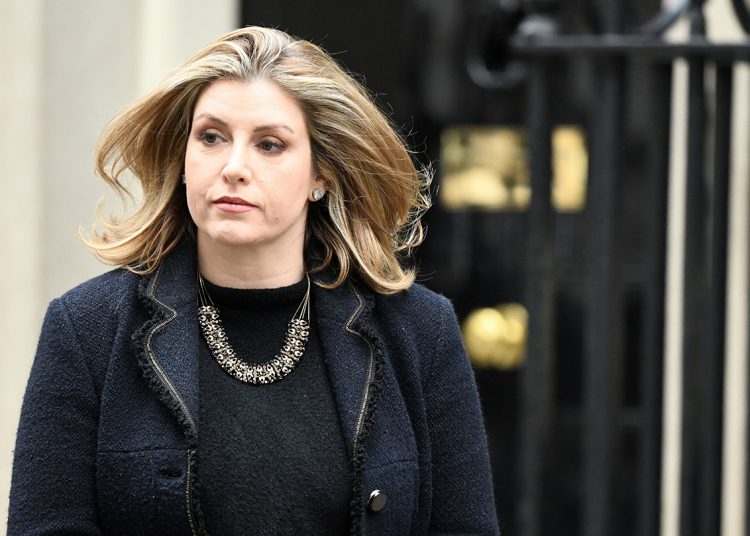 Yesterday, Conservative MPs narrowed down the leadership candidates to just four, with Tom Tugendhat coming in last place and being eliminated. Now Conservative MPs have a choice between Rishi Sunak, Penny Mordaunt, Liz Truss and Kemi Badenoch. I think, in the coming days, it is likely that we will see many of Tugendhat’s supporters go over to the Mordaunt camp, ultimately securing her role in the membership ballot along with Rishi Sunak.

Kemi Badenoch and Liz Truss have performed admirably in the campaign; however, I don’t think they will make the final ballot for two different reasons. Badenoch, whilst having a strong performance in the first three rounds and two debates, is tainted by inexperience. Not only has she only been a junior minister for just under three years but was only elected to Parliament five years ago.

On the opposite side, we have Liz Truss. Elected twelve years ago, she has held numerous high cabinet posts. The main concern, however, is that MPs and Party Members are not sure if she can handle the steering wheel. Her performance in the debates have been poor to say the least, and losing her way at her own campaign launch didn’t exactly fill people with confidence.

In my own humble opinion, I believe the best shot the Party has at winning the next General Election is with Penny Mordaunt at the helm. I had been a staunch backer of Tom Tugendhat’s campaign ever since he said he’d run back in January this year, however with him no longer in the races it is up to Mordaunt to carry the baton for moderation within the Party. Her campaign has been branded ‘woke’ by her enemies. Well, if the Party is ever going to survive, I’m afraid we can’t revert back to the dark ages, we must progress socially or else the 21st Century will be our last, we can’t rely on an ageing population to prop ourselves up as soon those ‘woke’ people you often see slammed by those on the hard right of the Party will be the old population, and then where will we be. It is important that the Party allows Mordaunt’s progressive social agenda to embody who we are, and as a party who believes in a free market, individualistic society (well maybe not Sunak) we should have no problem in accepting that.

Next, we come to the former Chancellor of the Exchequer, Rishi Sunak. So far, his campaign has been unimaginative at best, he has the support of the plurality of MPs but does not have the support of the membership. Based on recent polls the only candidate that he would comfortably beat was Jeremy Hunt. Whilst he is certainly not the worst candidate in this race, his unwillingness to show any real ambition and his track record of a now broken economy are all going against him.

Who does Labour fear?

Finally, we come to who Labour fear the most. Evidence would strongly suggest that that person is Penny Mordaunt. Military experience, socially liberal and relatively liberal on the economy, she could hit Labour where it hurts. Her military experience would not only go down well in most ‘red wall’ seats but also in our own ‘blue wall’, especially in areas of Devon, Cornwall and Shropshire.

Her social liberalism would not only go down well in once former strongholds such as Canterbury and other South East seats but also it has a chance to displace the SNP in Scotland. Her social liberalism also has the chance to threaten Labour’s hold over London. Seats like Putney, Chingford, Kensington, Battersea and Cities of London all have the chance of becoming full Labour strongholds. You may remember that Putney was the only seat that Labour gained from us during 2019 and Battersea changed hands in 2017 but the majorities there are so slim for Labour we could easily win them back with the right candidate. Seats like Tooting, Hampstead, Ealing Central and Westminster North were all tight marginals in 2015, only becoming Labour strongholds due to the Brexit divide. Mordaunt has the ability to bridge the social and Brexit division in London and the South East whilst retaining many ‘red wall’ seats. This is why she now has my endorsement and why it is only sensible that the rest of the Party backs her.

Jack Croft has been a member of the Conservative Party since 2019 and also serves on the National Council of the European Movement. He strongly believes that Brexit is a failure and the EU is the way forward.