The new series of the ‘Angels of the North’ also features a tattoo parlour and boxing club to give it a fresh twist. 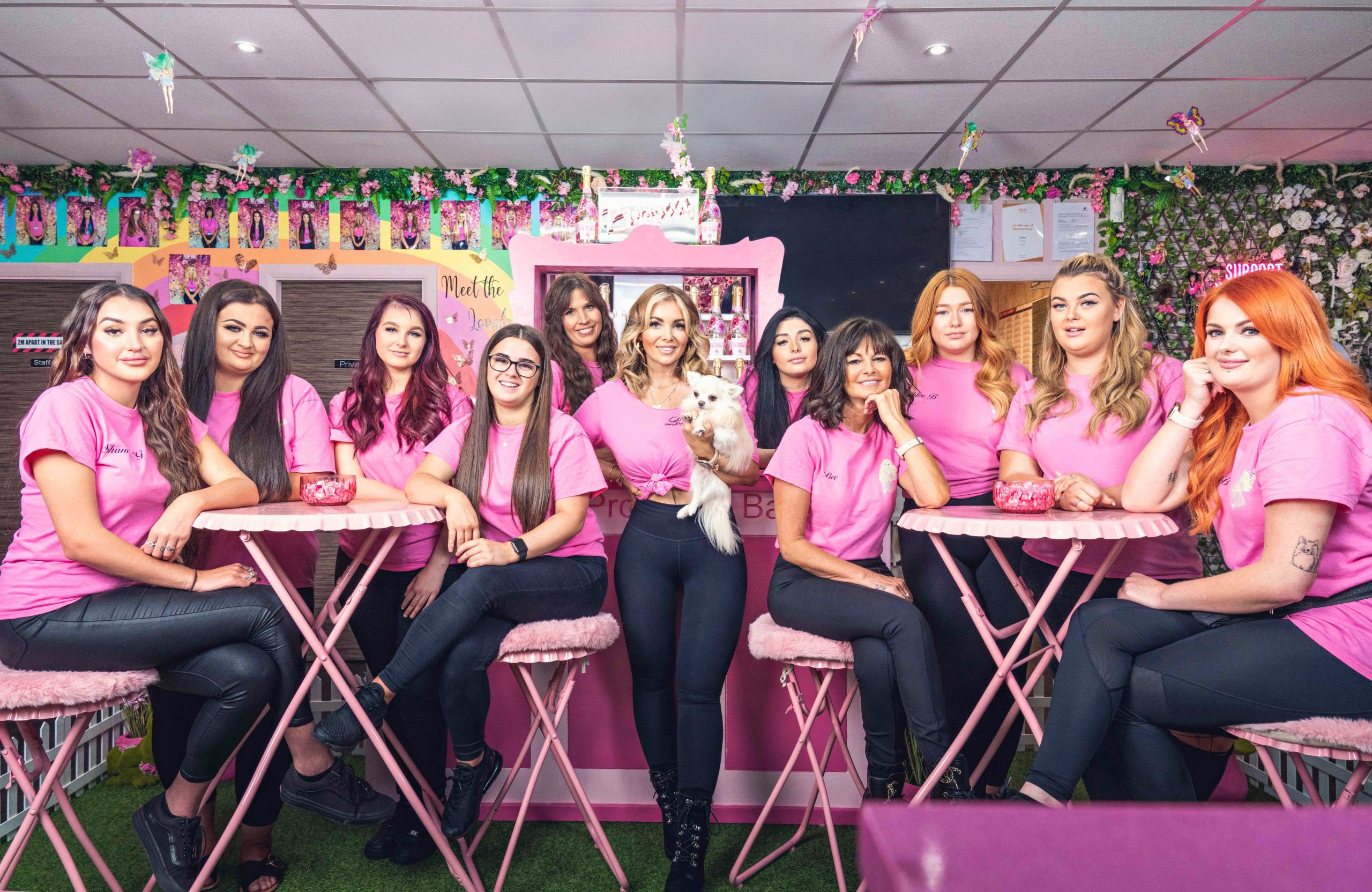 I have just interviewed salon owner Sammy Jo and her ‘mamager’ Bev from the BBC series ‘Angels of the North’. This TV show follows the staff at their Gateshead Salon, Longlox, both at work and in their personal lives. This is a series I had genuinely watched throughout the depths of lockdown earlier in the year and avidly followed the characters while the pandemic struck their business.

This interview was originally scheduled to be a set visit at the salon but due to the rocketing virus rate in the North East (in July 2021) it was sensibly converted to a Zoom session (although I must admit I was slightly disappointed at not getting a blow dry! They have very kindly invited me back for one at a later date, however). On this very subject, I asked them what they thought about the lifting of restrictions (the interview was carried out a week after so-called ‘Freedom Day’). They told me that they were “still using some safety precautions because the rate was so high in the area” but looked forward to the day when Covid-19 was over so they could get back to some normality.

“We recently had 6 (out of 16) employees off self-isolating”.

This was due to the ‘Pingdemic’ but they have thankfully managed to keep it open due to the sheer hard work of their staff. They talked about how businesses have been hit very hard by this pandemic and how they have been helping others in the profession by providing training.

Sammy Jo told me how she courageously went to London to take her first ever training course aged only 15 and brought her skills back to her native North East. She has now been in the business for 18 years and was inspired to follow in her mother’s footsteps.

She discussed how she is thrilled to be back in Longlox as she has developed close relationships with her clients. She added that she often feels she takes on a therapist role after spending sometimes up to 8 hours on hair extensions. I can see how this is true as both Sammy Jo and Bev were very personable throughout our zoom call and very easy to talk to.

We also discussed the recent news that all UK hairdressers are now to learn how to style Afro Hair as standard during training and they felt this is such a positive move and something they would actively welcome into their salon. This change doesn’t just cover hairdressing but also other aspects of beauty therapy. They felt that these measures should have been introduced a long time ago but pleased it has been now to make the practice truly inclusive.

Fame for the Angels of the North

Sammy Jo doesn’t consider herself famous but that “people do ask for selfies” with her in the salon. They haven’t had the chance to travel too much due to the pandemic but I told them I think they would be recognised outside the North East too, such is the popularity of the programme. Sammy Jo did concede that “people often recognise her because of her voice more than anything”!

The new series of the ‘Angels of the North’ also features a tattoo parlour and boxing club to give it a fresh twist. It is due to be aired on BBC 1 at the end of October and I cannot wait!

Boris Johnson on “uncontrolled immigration”: making it up as he goes along

Boris Johnson on "uncontrolled immigration": making it up as he goes along