Fight For The Future has amassed an impressive list of speakers who have now embarked on a virtual tour of the UK, focusing on national and regional issues, whilst also aiming to mobilise ongoing resistance to the unfolding tragedy of Brexit. 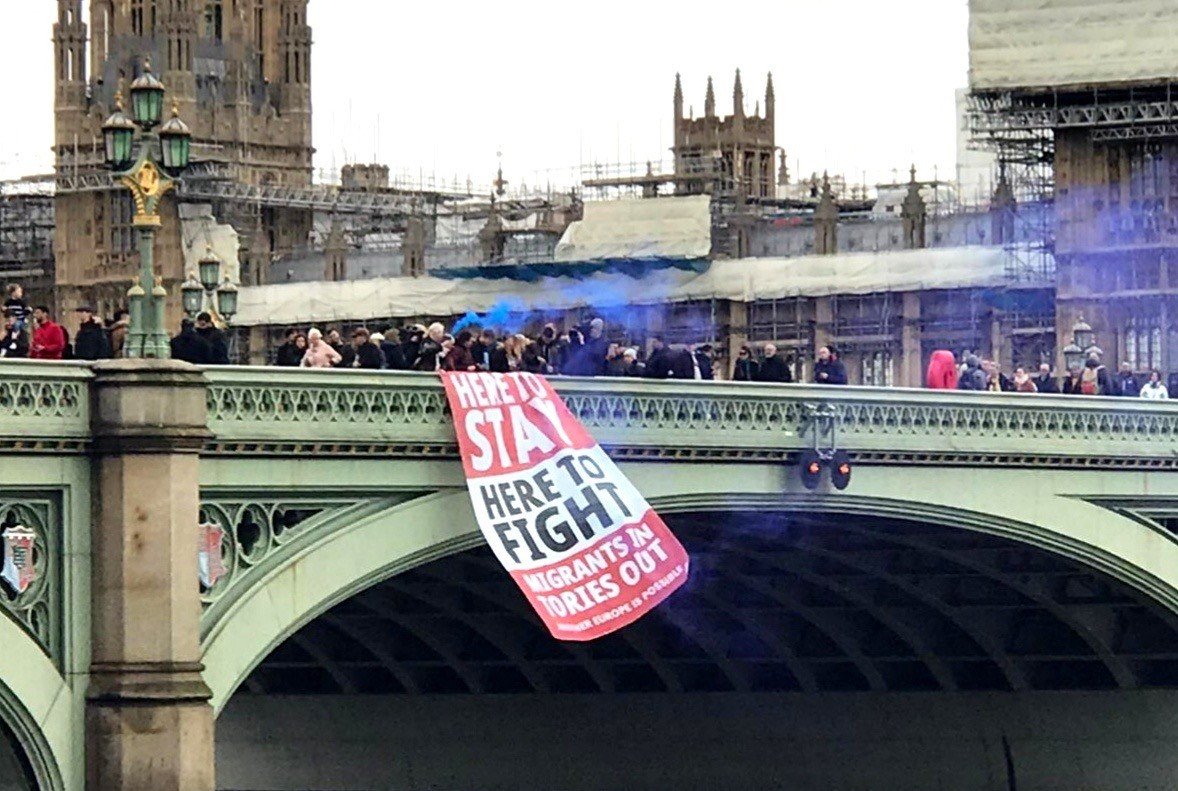 I always had a problem with the Bollox to Brexit T-shirt brigade. It seemed to me that putting two fingers up to left-behind communities was hardly a recipe for success in our fight to stay in the EU. Fawning unconditional love for a well-intentioned but floundering project that has been struggling to live up to expectations, particularly in respect of the refugee crisis, now seems like a minority sport, and even the LibDems are trying to distance themselves from the slogan and its connotations, as witnessed at their recent conference under the leadership of Sir Ed Davey.

Another Europe Is Possible takes a different and more critical view, promoting a pro-European stance whilst campaigning for radical reform centred on progressive left politics. The organisation is not party political hence politicians from Labour and the Green Party frequently appear on the same platform. The organisation was founded in February 2016 to campaign for ‘Remain’ in the EU referendum and still works across party political lines to campaign for democracy, human rights and social justice.

Like many pro-European groups, Another Europe Is Possible has not disappeared since Brexit happened on January 31st but has continued to campaign on issues like freedom of movement, refugees and migrants’ rights. Earlier this year the organisation produced an ‘Alternative Mandate’ for the Brexit negotiations setting out a list of 13 demands ranging from environmental protection to health co-operation and continued participation in EU programmes such as Erasmus+, Creative Europe and Horizon. With the Conservative government’s irresponsible Internal Market Bill which threatens to destroy our reputation as a trusted international partner and with Brexit negotiations still hanging in the balance, Another Europe Is Possible has launched a new campaign – Fight For The Future – which aims to alert our weary citizens to the continuing dangers of ‘No Deal’ or a minimal ‘fig-leaf’ bare bones deal.

Fight For The Future has amassed an impressive list of speakers who have now embarked on a virtual tour of the UK, focusing on national and regional issues, whilst also aiming to mobilise ongoing resistance to the unfolding tragedy of Brexit. The tour arrives in Yorkshire and the North East on Saturday October 10th with speakers such as Natalie Bennett, former leader of the Green Party, Nick Dearden from Global Justice Now and trade unionist Manuel Cortes, General Secretary of TSSA.

Dearden is a respected international trade expert who campaigned successfully against TTIP (TransAtlantic Trade & Investment Partnership). His latest book, published on 24 August, “Trade Secrets: The truth about the US trade deal and how we can stop it”, was featured in the Church Times as well as The Guardian and other mainstream news outlets. Dearden is no stranger to trade justice and the gaping inequality and poverty caused by an unfettered free market. He was previously Director of the Jubilee Debt Campaign which aims to pressure wealthy governments in the developed world to cancel third world debt.

It is clear to Dearden and many of us that we are under attack from a government that is going to attempt the biggest deregulation of the economy in British history, alongside a vicious anti-migrant policy. Boris Johnson and his allies were always clear that this is what they wanted from Brexit. Now, it is happening. The factory workers in Sunderland who voted for Brexit didn’t vote to be poorer. The people who believed Vote Leave’s “£350m for the NHS” on the side of a bus did not vote to see our beloved health service carved up and sold off piecemeal to American corporations.

Unless we stand up and fight back, we risk losing far more than our international reputation. Some might think it’s pointless to oppose the Tories’ agenda when they have such a big majority in parliament, but victories really are possible, because we know that the public opposes much of what they are planning. If we can mobilise that opposition into a movement and capture the public mood, we can force the government to back down. We have already seen U-turn after U- turn during the pandemic and we can force the government’s hand in its approach to Brexit. Pro-Europeans also need to set out a vision for the future and continue to agitate for it – to keep that alternative future alive for our children and grandchildren.

In the meantime, the Trade Justice Movement, supported by UNISON, the PCS, the GMB, New Economics Foundation, Friends of the Earth, Global Justice Now, Pesticide Action Network UK and War on Want has compiled ten tests to assess any future agreement between the EU and the UK, ahead of discussions on EU-UK relations at the European Council meeting on 15-16 October.

To find out more about this initiative and to learn what you can do, sign up for the Another Europe Is Possible campaign. Lockdown doesn’t mean we have to stay silent, in fact the online world gives us new opportunities to come together. I look forward to seeing you on the frontline on Saturday in cyberspace.

Can we expect a return to normality by March?