How do you feel about going back to school? That's a question mainly for children but also for parents, teachers, carers. I 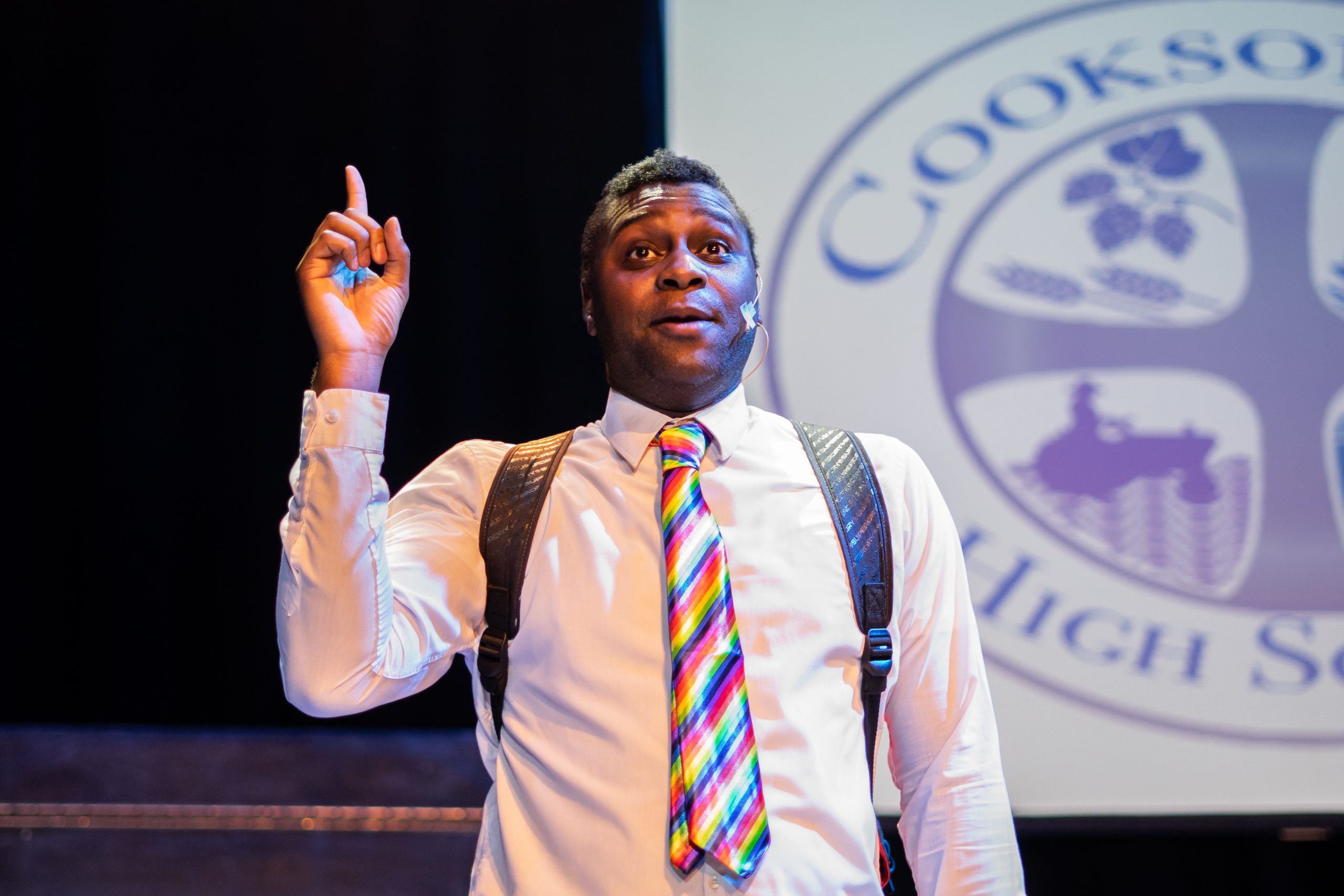 “You are not alone”

How do you feel about going back to school? That’s a question mainly for children but also for parents, teachers, carers. It’s been around five months since many of us were at school. You may feel excited, nervous, anxious and a whole range of emotions.

Last week the Customs House set out to support children and families as they prepared to return to school, with their new show, Arbuthnot goes back to school

Let me introduce Arbuthnot, played by Davey Hopper. He is the hapless son of Dame Bella (Ray Spencer), who appears in panto and other smaller shows in South Shields each year on the stage of the Customs House. Both characters are much loved in the region by children and adults alike and this show was no exception.

It is time for Arbuthnot to go back to school and Dame Bella tells him that he has to move to a new school, Cooksonville High. He is after all nearly 30! How is this going to work for Arbuthnot?

Once at school Arbuthnot meets Dexter (Quentin Whitaker), an American pupil who seems to know everything and keeps on quoting facts. He is an avid Star Wars fan and it’s not long before the two of them are playing with light sabres.

We meet Susan (Georgina Whale-Spencer), a girl who is nervous about starting school and who wants to make friends…Along comes the ‘cool’ kid, Angelica (Bethan Amber) who tries to change Susan’s name and to control her so that she fits in. Not a nice time for Susan…

And now for the teacher… Well it turns out that she is none other than Dame Bella.

The show was splendid. Outstanding performances by every member of the cast. Lots of humour and a few tear-jerking moments. High quality singing, dancing and choreography throughout..

My personal favourite moments were School Song from the musical, Matilda and the 12 days song. “On the first day of school my teacher gave to me…” which was hilarious! Oh and how could I forget the arithmetic scene. Genius to get some maths jokes in there!

Here is what some of the audience members had to say:

“This show will always be extra special to me….. it gives hope.”

“Great show, so funny and emotional. After watching my son told me exactly how he felt about going back to school on Monday.”

“It was a fantastic show, I cried like a baby.”

“We were there today and the show was brilliant. Alfie loved it and says he feels more excited than worried now for school!“

“A magic show .. spreading hope and heart to all ages … thanks from me aged 80 to Henry aged nine.”

Arbuthnot goes back to school ends with the very moving message: “You are not alone.”

It is a show that really works, both for now and into the future.

Arbuthnot goes back to school  was directed by Davey Hopper and written by Dale Jewitt and Davey Hopper.

Forelock tugging in the 21st century?