Grammar schools were designed for that quarter of the population deemed 'academic', and secondary moderns for the rest. 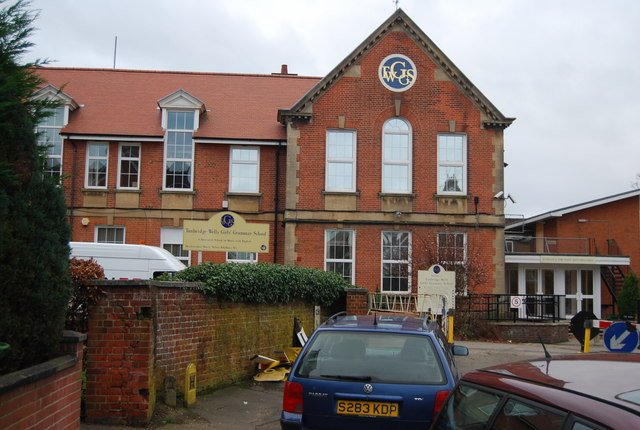 Today, 90 per cent of youngsters attend state comprehensive schools, 7 per cent go to independent schools and a few go to one of the 164 remaining English Grammar schools. Although the non-selective comprehensive system, whereby children of mixed abilities go to one school, has been around since the mid-1960s, the Government claim they have failed to create a more just and socially mobile society. Despite the social and technological advances of the past three decades the North of England is as class-bound and divided as ever. The top Russell universities like Newcastle, Durham and York, the BBC and the prestigious professionals like law and medicine are still the preserve of the professional middle-classes.

Is restoring Grammar schools of the 1950s in a context of Enid Blyton, warm beer and cricket lawns the answer? The foundations of the old tripartite system were laid down in the Norwood Report of 1943. Norwood argued against the idea of a common secondary education and argued there should be selective Grammar schools for ‘bright’ children and schooling geared to boys and girls who wanted to enter industry or commerce at 15. By 1944 Butler passed the Education Act recommending the need for three types of school to cater for three types of intelligence – academic, practical and one that dealt with concrete things rather than with ideas.

The Act was based on the key meritocratic principle of equality of opportunity which meant that every child should have an equal chance to do as well as his or her ability would allow and that youngsters with talent could fulfil their potential. Provision was expanded after the war with the introduction of the tripartite system – in practice a bi-partitite system as few technical schools were built – and the school leaving age was raised to 15 in 1947.

Grammar schools were designed for that quarter of the population deemed ‘academic’, and secondary moderns for the rest. Selection was based on an IQ exam, the 11-plus, the brainchild of Cyril Burt, the psychologist. Passing the 11-plus was the visa to the local Grammar school. The system lasted till the 1960s when a number of left-wing intellectuals, including Tony Crosland and Michael Young, called time. The system wasn’t working. The time was right for the ‘comprehensive revolution’. In 2020, most young people in the region go to their local high school.

For the Government comprehensive education isn’t cutting the mustard. Grammar schools need to be restored and protected to boost social mobility to enhance the life-chances of the able working-class child. The case for selection is based on the following arguments. Creaming off where Grammar schools continue to thrive alongside comps, as happens in Buckinghamshire or Kent, they cream off the most able pupils. Comps are not true comps at all, as they lack the ‘brightest’ students. They are barely distinguishable from old secondary moderns of the bipartite system.

High-flyers are held back by the slower pace of learning to meet the needs of the less able. With a selective Grammar the more academically able are taught in the same school. The large scale of comprehensive schools make it hard for teachers to know their pupils personally. The talents of some may be overlooked. Advocates of the Grammar school argue that the more able can be stretched through streaming. Grammars, they maintain, have had a long history of tradition and success opening up opportunities for the disadvantaged child. Even Harold Wilson, Labour PM, defended them.

But there’s little evidence that the 1950s was a golden age in terms of educational access or success. As the historian Selina Todd notes in her forthcoming book, ‘Snakes and Ladders’, the notion of the Grammar school as a vehicle to upward social mobility is a myth. The system, based on the then-fashionable 11-plus, failed to deliver genuine equality of opportunity. The exam was flawed. It was an unfair and unreliable indicator of future achievement. It took no account of late development. The 11-plus was culturally biased against the white working-class and minority ethnic groups in that it used concepts that were more familiar to white middle-class youngsters.

Most  Grammar school pupils sat GCE ‘0’ levels taught by qualified university graduates. Some sat ‘A’ -levels with the opportunity of going to university or joining a profession but these were mainly middle-class. Even today only 3 per cent of kids on free school meals attend a Grammar, according to the Sutton Trust. Secondary moderns offered a non-academic, practical curriculum with technical drawing for boys and needlework for girls. The teaching was ‘poor’ and few kids sat external exams till the CSE was invented in 1965.

Rather than promoting a ‘meritocracy’, the tripartite system with the Grammar school as the jewel in the crown reproduced class inequality by channelling the two social classes into two (or three) different types of secondary school which offered unequal opportunities. The system discriminated against girls, requiring them to get higher marks in the 11-plus than boys.

Yet as Bloodsworth and Todd point out, a child’s social background is the chief factor which determines access to a ‘good’ school or doing well. There weas no golden age. The comprehensive school, despite its flaws, has opened up wider educational opportunities to many.