Around the world in 80 lines

Even so, when faced with immediate risk, as Tim Spector tells us, we find it very difficult to react beyond it. 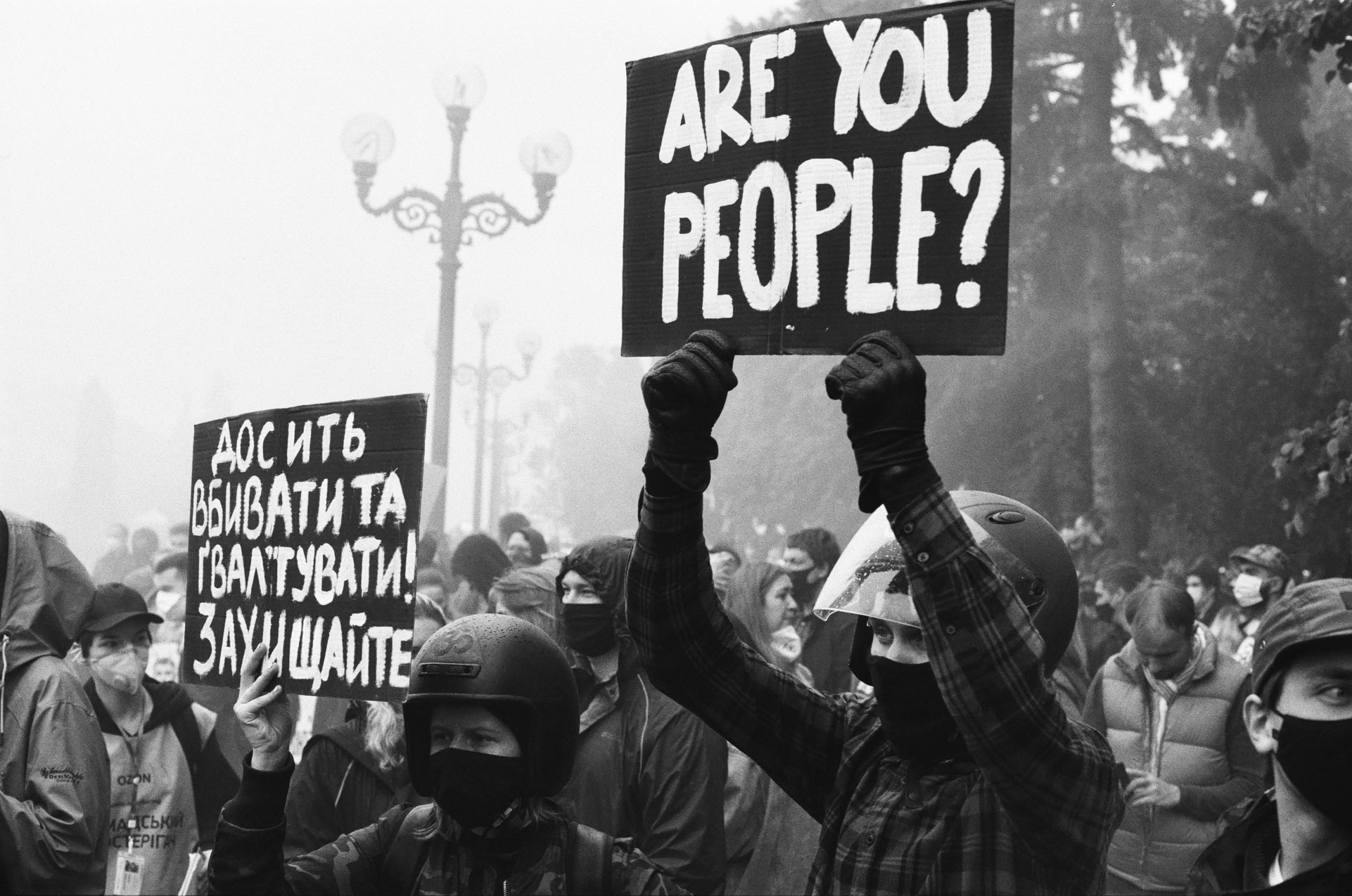 Photo by Rad Posnitakov from unsplash

The incredible solipsism of our species is undeniable. With the wonderful advancements of science and human understanding, this conceit has slowly been degraded to the point of embarrassment: no, the universe doesn’t revolve around the Earth; no, not the sun – no, not even the galaxy; “forget about your ‘dominion’ over all creatures”, said the plague to the bishop;  Homo denisova and Homo floresiensis have shown us to be no unique creation, but most likely a genocidal product of random mutation and blind selection (and, thankfully, not the culmination); and even that last refuge of narcissism, our unique universe, seems like a precarious place to rest.

Even so, when faced with immediate risk, as Tim Spector tells us, we find it very difficult to react beyond it. The result is a regression to that primitive state, displayed by an obsession with our own selves and safety, to the point of neglect for everything outside our perception of immediate danger.

And, so, in conscious defiance of this human flaw (narcissistic defiance, you may say; look how aware I am!), and in recognition of our lockdown anniversary, let’s sketch over life in 2020-2021 for those for whom immediate risk is not a biological virus, but rather that all-pervasive virus of human ignorance. For we must not allow ourselves to pretend that the whole world shares our infantile desire for the return of “normality”, nor should we wish that they did.

The Kurdish minority in Turkey, after almost a century of proclaiming their very right to exist, are facing a new challenge: free speech restrictions on social media. A new law grants the Turkish authorities a considerable control over online censorship of free expression.

Human Rights Watch and 11 other organisations, visited Turkey in October 2020, and concluded that this law, “in practice… could serve as a new tool to silence critics online.” They cite in their report the disintegration of an independent judiciary and the state-led monopolisation of mainstream media as reasons for this pessimism; noting, “social media… and online news sites are among the last bastions for critical journalism.” A Kurdish journalist, Oktay Candemir, was detained by local police for, “insulting the memory of a dead person” (a 13th century Sultan) in a Tweet.

It is not simply pro-Kurdish voices the state wishes to silence, but any form of criticism. President Erdoğan has enjoyed the use of Article 299, with a significant increase in defamation arrests since 2014. The detention and imprisonment of journalists in Turkey is second only to China.

And, so, there has been a similar degradation of freedom in Hong Kong. Once considered an island of democratic freedom in an ocean of censorious autocracy – a base for the international news media and rights groups, and a haven for political refugees, including student leaders of the Tiananmen Square protests – now a new sweeping “security” law threatens this relative cloudlessness. It lays out political crimes punishable by life imprisonment in serious cases: critical posters have been removed; textbooks have been rewritten; and the public broadcaster, RTHK, even removed a political podcast in fear of prosecution.

From here, a short flight takes us over to the Xinjiang region of China, where there are about 12 million Uighurs, mostly Muslim. They speak their own language, similar to Turkish, and see themselves as culturally and ethnically close to the Central Asian nation; and have a distinct culture and history, including the declaration of two short-lived independent republics, both known as East Turkestan, in the first half of the 20th century.

In 2009, tensions fueled by decades of institutionalised discrimination and marginalisation against Uighurs in their own homeland exploded into violence in the streets of Xinjiang’s capital, Urumqi. Clashes between Uighurs and Han Chinese killed some 200 people, who authorities said were mostly Han. China blamed Uighur separatists and has vowed to eliminate separatist and militant Islamic ideology among the Uighur population.

Since 2017, many Uighur detainees have been sent to camps the government calls “Vocational Education and Training Centers.” Detainees are forced to learn Mandarin, renounce “extremist” thoughts and undergo daily indoctrination in Chinese Communist Party propaganda. The United Nations estimates that more than 1 million Uighurs and members of other Turkic minorities were detained in camps, while a leading researcher of Chinese ethnic policies suggests potentially 1.5 million. Former detainees say they suffered torture and sexual abuse. And after completing the indoctrination programme, the newly free citizens are assigned to factories to work under conditions widely considered to be forced labour.

This information was obtained by the International Consortium of Investigative Journalists (ICIJ) via a chain of exiled Uighurs. The China Cables investigation further revealed Chinese government documents which detailed the official policies behind the Xinjiang camps. This includes a mass surveillance programme, which collects information in a database (Integrated Joint Operations Platform) and uses artificial intelligence to guide police in making mass arrests. For example, authorities flag citizens as suspicious solely for using a popular communications app known as Zapya. According to one of the leaked bulletins, as of June 2017, more than 1.8 million Uighurs in Xinjiang were using Zapya.

A 2020 report written by researcher Adrian Zenz and the Associated Press revealed Chinese government policies designed to reduce the birthrates of Uighurs through compulsory sterilisations and birth control. Though genocide is difficult to define, the report cited the strongest evidence yet that Beijing’s Xinjiang policies met one of the criteria cited in the UN genocide convention, namely “imposing measures intended to prevent births within the [targeted] group”.

The United States has provided the most forceful response, announcing sanctions in October against Chinese entities and officials linked to repression in Xinjiang. President Joe Biden recently endorsed the Trump administration’s determination that China has committed genocide in Xinjiang. His National Security adviser, Jake Sullivan, said the United States must be “prepared to act, as well to impose costs, for what China is doing in Xinjiang, what it’s doing in Hong Kong, for the bellicosity and threats it is projecting towards Taiwan.” What exactly it means to “impose costs” is anyone’s guess.

And last week the rest of the democratic world caught up with the United States in their condemnation. The European Union and the U.K. imposed coordinated sanctions on top Chinese officials for human rights violations, triggering Beijing to blacklist several EU politicians and academics in return.

It must be noted, however, that the EU ratified a trade deal with China in December 2020 – after the report by Zenz which cited evidence of acts of genocide, and surely aware of the systematic persecution of an entire ethnic group by the country. The executive Vice-President and Commissioner for Trade, Valdis Dombrovskis, did at least cite, “binding commitments on the environment, climate change and combatting forced labour”, in the most offensively casual manner. And in the single reference to Hong Kong and human rights, the report mentioned the EU’s “continued expectations and concerns in other areas.” Expectations and concerns: the tone of a teacher’s report on a disruptive child.

A last stop on the route home takes us to the paradisiacal island of Madagascar, where “famine-like conditions” have doubled the number of people in need of humanitarian assistance compared with last year, to more than 1.3 million. Successive droughts and a lack of jobs linked to Covid-19 restrictions are to blame, the World Food Programme (WFP) has said; leaving 135,000 children moderately, severely or acutely malnourished. Speaking by video link to journalists during a scheduled briefing in Geneva, Ms. Castro, of the WFP, appealed for $35 million. To contrast: in August 2020, the UK government spent £150m on PPE that proved unusable.

And so we return home, to face our own crisis. But, as with our human conceit, the current plague will be tamed by scientific advancement and human brilliance. However, those plagues of ignorance and greed require a more efficacious vaccination, and we must not lose sight of this aim when our “normality” eventually returns.