Back to the Fifties: is Covid-19 turning the clock back on gender equality in the home and workplace? 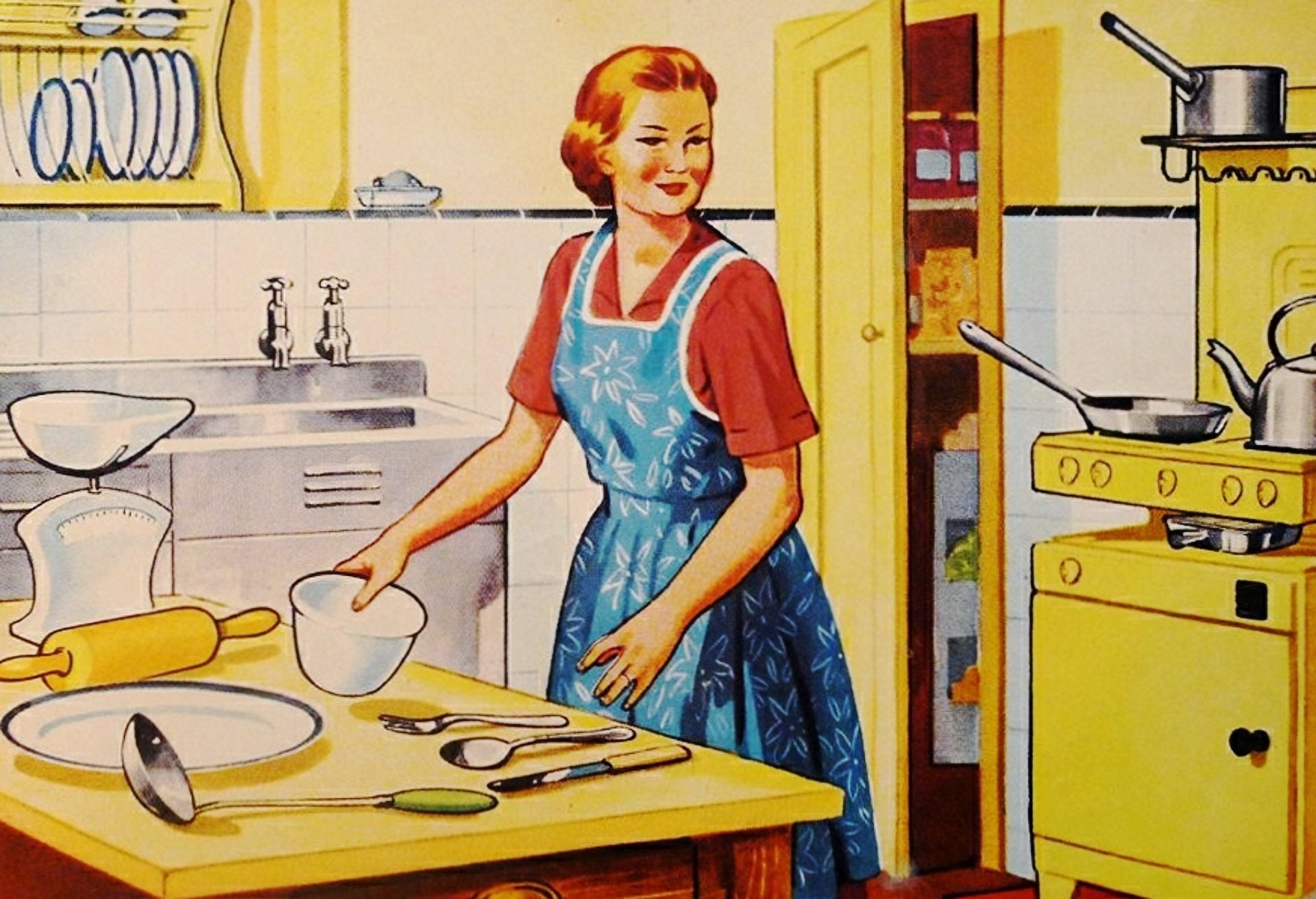 Photo by Oberholster Venita on Pixabay

Are we heading back to the 1950s when it comes to gender equality in the home and work? Research by the independent think tank, the Institute of Fiscal Studies, in conjunction with Sussex University found that three-quarters of mothers, of whom 67% were still working in paid jobs, described themselves as the ”default” parent for most of the time during the lockdown.

The numbers of mothers responsible for 90% of the childcare increased from 27% to 45%. Seven of 10 said they were for the bulk of home schooling. For the IFS ”society has regressed to a 1950s way of living which will have serious consequences”.

In the 1950s and sixties most post-war households were made up of the ‘classic nuclear” family – two heterosexual parents with two kids living in one household. The family had become isolated from extended kin and self-contained. Internal family relationships were based on inequality with the husband as the key breadwinner and the wife responsible for housework and childcare. The division of labour within the home and workplace was unequal. Gender roles were firmly segregated.

By the mid-Seventies sociologists, Michael Young and Peter Wilmot, claimed in their book ‘The Symmetrical Family’, that segregation of the sexes was slowly breaking down. Social changes had led to more egalitarian and warmer relationships between men and women. Husbands were becoming more child-centred sharing domestic tasks with wives. The big rise in women’s work outside the home was a clear sign of equality. Gender roles, they argued, were becoming integrated.

A decade later research by the feminist writer Anne Oakley challenged this. The sharp increase in women’s employment was in fact mostly part-time which didn’t conflict with the ”traditional domestic role”. Most housework remained hard and monotonous, despite labour saving devices like washing machines and dishwashers, was still done by married women.

The economic dependence of women on men was still a reality in many households. Millions of married women – ”captive wives” – suffered from depression in looking after pre-school children. Many marriages were characterised by an unequal balance of power between the sexes with one in four women the victims of domestic violence.

Even when husbands did participate in domestic jobs it was not in the core task of cleaning and cooking, but rather in DIY, repairs and decorating. Women were carrying out a ”triple shift” of housework, emotional and paid work.

By the 1990s the social researcher Jonathan Gershuny noted change. Although women still carried out the main burden of domestic work, there was a ”lagged adaptation to their increasing paid work” as men took on more household tasks. This was marked in both middle class and affluent working-class households. Yet, jobless husbands tended not to take on domestic tasks even when their partners were employed outside the home.

Hower, later studies of such diverse areas of domestic life as decision-making, money management, choices about food and even the use of the remote control, revealed that men continued to dominate.

Despite exaggerated talk of the rise of the ‘new man’ by the start of the twenty first century, there was growing evidence about the changing role of the father. Men by 2010 were more likely to attend the birth of their babies than men in the 1960s.

The post-modernist sociologists Burgess and Beck found that young fathers were taking an increasingly active role in the emotional development of their children. Some fathers no longer relied on paid jobs to provide a sense of identity and fulfilment. They looked to their kids and intimate relationship with their partners to give them a sense of purpose and satisfaction.

in the last two decades more working- class and middle- class women have become more career focused. The overtake men when it comes to educational attainment with more young women going to university than men. Although the gender pay gap remains stubborn, women have cracked the glass ceiling by entering professions like finance, law and medicine in greater numbers than ever before.

Yet, in the last eight months more women than men have lost paid jobs during the coronavirus lockdown. Mothers working from home say they are doing the majority of childcare and housework. Recent research by the equality body, the Fawcett Society, found that 44% of mothers reported mental health issues compared with 33 per cent of fathers.

Meanwhile, a million lone-parents, have faced additional problems with getting to the shops and fitting in home- schooling, all while carrying extra anxiety about their finances.

Without bold public policies this pattern of gender inequality could become entrenched. For Sam Smethers, CEO of the Fawcett Society, a package of measures, including greater flexibility of work, an extension of the furlough scheme, improved paternity leave for men and a rescue programme for nurseries to allow child care to be continued is needed.

To do otherwise could leave a generation of women, especially mothers, behind.