The BBC will spend at least £25m over the next five years right across the North East to fund network TV production. 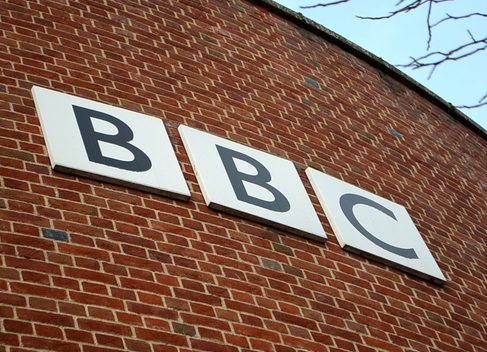 The BBC is to make its biggest investment in the North East of England for decades as part of a new partnership with the region.

The BBC will spend at least £25m over the next five years right across the North East to fund network TV production, talent development and support for the creative sector.

The BBC working with local authorities

It’s part of a deal with local authorities in the North East, who will work with the BBC, and with independent producers, to invest in talent, skills, and infrastructure to support the production industry in the region.

They will also provide funding via Northern Film + Media, the North East’s regional screen development agency, to boost the creative sector in the region.

The partnership is part of the BBC’s commitment to do more across the UK by moving departments, commissioning power, and resources out of London.

The BBC and12 local authorities and three combined authorities have today (Wednesday September 22) signed a memorandum of understanding to work side-by-side in the future.

The BBC’s North East plans include:

Today’s announcement builds on other recent moves such as a BBC Daytime TV commissioner being based permanently in the North East and hit BBC Three series Angels of the North, set in a Gateshead salon, returning later this year in expanded form. The BBC Writers Room, which already supports new talent development in the region, will also continue to work with writers from across the North East.

The BBC, the authorities and Northern Film + Media will look for opportunities to grow relationships with local facilities as they develop across the region, such as the Northern Studios in Hartlepool, and the independent production sector, which has recently seen companies opening new offices across the North East, including in Sunderland and Middlesbrough.

This is the latest in a series of external partnerships the BBC has launched across the UK to help stimulate growth in the creative economy. Earlier this year, the BBC announced a new partnership with Creative Wales and another with Create Central, the screen agency in the West Midlands, alongside existing agreements with Northern Ireland Screen and Screen Scotland.

“This is a really exciting day for the BBC and I hope for the whole of the North East too. I’m proud we’ve been able to partner with so many organisations from right across the region. And what’s clear is the ambition and determination to make the North East a major centre for the creative industries and we want to play an important part in making that happen. We want to see more BBC content coming from the North East and a BBC that’s much more active and visible in the region. It’s time to get on with that work.”

“Depending on your generation, you’ll remember The Likely Lads, When the Boat Comes In, or Byker Grove. Well, we need more TV filmed in the North East. Our region is stunning; from Bamburgh Castle, across the Tyne Bridge, past Durham Cathedral to the Transporter Bridge. It’s by investing in our region that our talented writers, actors and technicians can put us on the map again.”

“Our region has helped inspire screen legends like Ridley and Tony Scott in the past, and today remains a sought-after filming location for TV and film as well as a hotbed for animation. Thanks to our home-grown talent and facilities like the Northern Film and TV Studios – the only large-scale commercial and TV studios in the North East – there’s still a huge opportunity to grow this sector and its vital supply chain. This commitment by the BBC will help us develop these skills locally, raise aspirations and help all of those in the industry – from directors, producers and presenters to lighting and sound engineers, make-up artists and set designers – realise they can have a great career right here in Teesside, Darlington and Hartlepool.”

“Today’s announcement is fantastic for the region as a whole and we are delighted to be working in partnership together with the BBC.  I am confident that this will be a catalyst to build on and strengthen our creative economy across the area, making the North East the place of choice for local indies, attracting and growing flagship businesses and talent across the screen sector.”

“This is a monumental period for the North East screen industry. It will be transformational and we hope not only to increase the amount of large scale productions coming to the region, but also continue to work, support and develop local productions to ensure the North East voice is well and truly heard by global audiences.”