Teesside airport management team has been 'bulked up' in recent months with the appointment of a 'head of airport development' which leaves us wondering, "isn't that what Stobart's is supposed to do?" 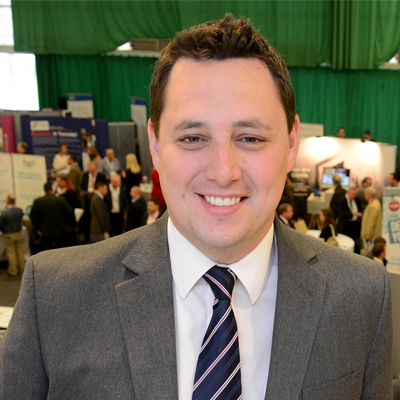 “The Welsh Government has brought back into public control Cardiff [Airport] on the principal [sic] of ensuring sustainable regional economic growth. Cardiff has significantly improved through a combination of public ownership and subsequent partnering with an experienced (private sector) airport management company.”

At £40m the project was expensive, but it could pay dividends. And the TVCA had the example of Cardiff to follow. ICF prepared a report and business plan into what was necessary to return the airport to financial viability. So, the TVCA followed the example of the Welsh government to return Teesside Airport to public ownership, right? Not quite. That’s not quite what Ben Houchen had in mind. A myth had been created about Cardiff Airport to make it look as if Teesside is following their example.

We scoured Cardiff Airport documents for evidence of a ‘private sector airport management company’. We found none, so we wrote to them. The reply: “To confirm Cardiff International Airport Ltd (CIAL) directly runs Cardiff Airport and there is no management contract in place”.

At Teesside, an airport company Teesside International Airport Ltd (TIAL) has also been set up with its own board and management team. This gave the possibility to take 100% public ownership, as is the case at Cardiff.

TVCA presented a cost comparison in which outsourced management was estimated to cost between £26m and £53.5m over 35 years, depending on the progress of the enterprise (p39–40). This cost was removed from the calculation when considering the option of a joint venture partner. So the TVCA decided that the best course of action was to enter into a joint venture partnership with a private company (Stobart Aviation), where the TVCA had 75% of the shareholding, and the private sector partner had 25%. Why?

“The cost of purchasing and subsequently running the airport are shared between the Combined Authority and the third party investor” (p35). The purchase price of the airport was £40 million.  So that’s £30 million from the TVCA and £10 million from Stobart’s. Right?

Wrong. It was £40 million from the TVCA, and nothing from Stobart’s.

Equally strange is that the plan later states that Stobart’s will be paid a fee as the airport operator. That fee is remarkably similar to the amount removed from the earlier joint venture cost calculations (p50 section 4.11).

It is important to stress that, at this point, Stobart’s were being invited in to turn around a loss-making business, so it’s perhaps not surprising that some of the inherent risk should be softened). Stobart’s will start to repay their share of losses after 2026  by direct payment, or by reducing shareholding. Whichever they choose, they’ve got time to think about it. 2026 is important, because that’s when, if everything goes to plan, the airport returns to profitability.

So, Stobart’s is given a 25% shareholding in the airport and it is paid a fee as airport operator; if the airport continues to lose money, Stobart’s start paying their share of the costs from 2026 onwards (according to the report). In the meantime, they’ve been set a few tasks:

We started to wonder how, on an operational basis, Stobart’s were setting about achieving that eye-watering set of targets. It had to be different from the way they do things at Southend Airport,  because that is 100% under their control.

So we looked at the (2020) annual report of Stobart Group, of which Stobart Aviation is a wholly-owned subsidiary. There’s no mention of Teesside Airport whatsoever – not in the statement by the CEO, Glyn Jones, nor in the section on joint venture partnerships. Nowhere at all.

So we wrote to Stobart, and asked how they went about managing the tasks set them in the TVCA business plan. No answer.

We approached TIAL with the same question. No reply.

Of course, there’s always the option of making a freedom of information (FOI) request, isn’t there?

Well actually, no. That option’s been closed off as well, as one of our readers discovered recently when they tried to make just such a request. They were told that TIAL was a private company and not subject to FOI legislation.

But, hold on! Houchen said the airport was being brought back under public control: “I want every single person as humanly possible to see why taking back control of our airport adds up, and why it is the right and proper thing to do.”

If you can’t ask questions, you’re not in control. And the Information Commissioner’s Office confirms that we really don’t have control.  A publicly owned company, it says, is subject to FOI legislation only if it is 100% in public ownership. Teesside Airport is 75% in public ownership, so by having Stobart’s as a joint venture partner rather than a contractor, public scrutiny of the operation is eliminated.

So what does the public get for its money from Stobart’s? We don’t know. What we do know is that the airport management team has been ‘bulked up’ in recent months with the appointment of a ‘head of airport development’ which leaves us wondering, “isn’t that what Stobart’s is supposed to do?”

Then the airport advertised for a managing director: “The director is expected to help the airport secure new airline partners and grow the airport’s revenue under the rescue plan.” (6) Isn’t that what Stobart’s is supposed to do?

All of Houchen’s rhetoric about Stobart’s experience and relationships with airlines starts to look fairly shallow. Cardiff does without them. Teesside Airport is hiring people who appear to be doing what Stobart should be doing. Stobart won’t divulge what it actually does.

Judging by its repeated citing of Cardiff Airport, Houchen’s PR team seems to have had a hand in writing the TVCA business plan. The joint venture partnership with Stobart’s unequivocally provides only one thing, and it’s neither experience nor business contacts, it’s secrecy.