Betrayal and the Covid Memorial Wall

A look at trust and betrayal in the context of the former Health Secretary's behaviour, Can we ever trust the govrenment again? 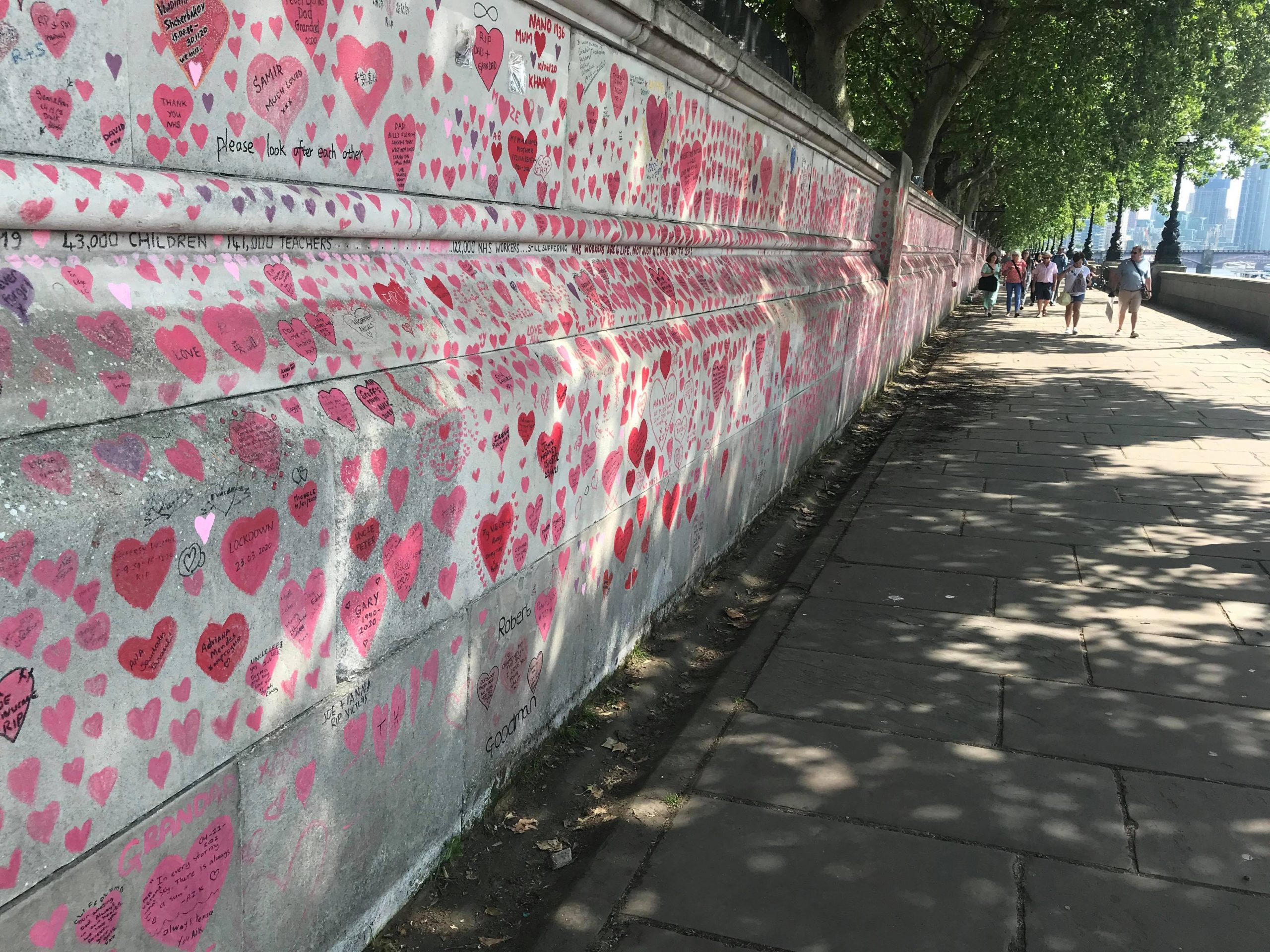 Betrayal, a fundamental and surreptitious breach of trust, is a truly horrible thing to experience. But imagine if the impact remained with you for the rest of your life. A betrayal is one of the harshest experiences one can feel; it can break friendships, relationships, marriages – no bond is too strong to resist its force. But what if the betrayal was on a gigantic scale, involving millions of people? What if you were totally powerless to do anything, and certainly did not contribute to the act?

A multitude of betrayals

No, I am not writing simply about the immoral character of the former Health Secretary, but rather about the multitude of betrayals through which this government has made us suffer. And the worst part is that there can be no catharsis, or any escape from the reality of these acts of duplicity: we cannot defriend them on Facebook, or unfollow them on Twitter, or delete their number, or throw out their clothes. But what we can and must do, in our obligation as citizens of a democracy, is denounce abhorrent behaviour when we see it, and never let people forget why this is perhaps the most corrupt government in a generation.

I listened in to some of the forthright and deceitful responses Mr Hancock gave to the recent Joint Select Committee. In my recent article ‘How many lies did Matt Hancock tell?,’ I wrote of Mr Hancock’s shameful admission that he has not visited the Covid-19 memorial wall. A wall which is perhaps not even a mile from his parliamentary office.

I have since had the opportunity to visit the memorial wall. It was quiet. Few were looking at the wall on that afternoon, but the messages there were so heartfelt and sincere; so many were contained within the powerful simplicity of a red heart. And as I looked, lost in this empty world of grief and sadness, I began to wonder about the emotions the families would have felt, writing their own messages and reading the messages of others. All united in this collective feeling of loss and sorrow. There were thousands of messages, and one can only hope the memorial becomes a permanent one. A reminder of the fragility of life and love.

One rule for us and one for them

In contrast: the lurid front-page stories about the former health secretary dominated the news agenda for several days. His betrayal of his family and children is not our concern. (Though sympathy for his wife and young family is welcomed.) Rather, we must focus on his actions in the role of public servant – and, as the image comes into focus, a similar pattern forms: one set of rules for him and the Government and a different set for the population. (cf. Barnard Castle.)

Hancock imposed the rules to which he felt no responsibility to adhere. And in doing so he used taxpayers’ money to continue his surreptitious immorality, thoroughly degrading the office to which we elected and entrusted him. And the appointment of his aide, illicit behaviour aside, itself requires further investigation because any personal relationship must be mentioned prior to appointment in his office.

The Sky News presenter Trevor Phillips, in true commitment to the journalist’s requirement to ‘speak truth to power’, was wonderfully forceful in his interview with Northern Ireland secretary Brandon Lewis (27 June). Trevor told Mr Lewis that while Hancock was breaking his own rules he was denied the right to allow his family and friends to attend his daughter’s funeral. “Three-hundred of our family and friends turned up online, but most of them were not allowed to be at the graveside, even though it was in the open air because of the rule of thirty, because of the instruction by Mr Hancock. Now, the next time one of you tells me what to do in my private life, explain to me why I shouldn’t just tell you where to get off.”

There is an old proverb that says trust can take years to earn but only seconds to lose. It is basic component of human character; without it we would not have got this far as a species. And so when it is broken, or lost, or even misplaced, the pain is so great and lasting. So many of us have been betrayed by this government through the seemingly pathological need of each minister to lie rather than admit a mistake or a lack of knowledge. We know Messrs Hancock and Johnson made wrong decisions. We know people err. This is human. But to take one’s mistakes and shortcomings and clothe them in disguise of “following the science” or childish deflections about “Captain Hindsight” and other such nonsense is simply, purely, fundamentally immoral. The trust is gone; and if it is not then one can only marvel at the evolutionary instinct of such creatures.

Although I have no faith in the organisation of government, I have faith in one organisation. A legal firm based in Sevenoaks, Kent, who are holding this government to account. The Good law Project is supported by crowdfunding and has enjoyed much legal success in exposing the cronyism that is clogging the arteries of our democratic institutions. Especially surrounding the awarding of government contracts to Tory donors and family friends, regardless of past performance, competence, or even whether the company has any relevant experience. And the widespread and casual use of personal email accounts for the purpose of procuring such contracts means that much information is untraceable. (One must either accept that personal accounts were used to avoid scrutiny, in a blatant, flagrant, abuse of power, or that this government is so incompetent as to think this was acceptable. I shall leave it to you to decide which is worse.)

We all know people who lack respect for others. And those whose partners or friends have let them down such that they struggle to trust again. Time and good people are the required medicines, but what of our trust in our government and of our way of life? Thomas Paine wrote in his Rights of Man, “A body of men holding themselves accountable to nobody ought not to be trusted by anybody”, and thus we might reasonably ask, Should we want to trust this government again?

And to the new health secretary, Mr Javid, we might begin by asking, Will you visit the Covid-19 memorial wall?