Boots the Chemist: a US foot in the door?

Health secretary Sajid Javid wants to create 'community pharmacies'. Is this to release pressure on GPs or a US foot in the door? As a disabled person I have this week finally got the house call for my booster and my flu jab. But that was after weeks of inquiring and fruitless phoning. It’s done for me, but I suspect many will still be waiting. The strain on the NHS is frustrating patients, driving doctors, nurses and receptionists to exhaustion and giving the government a headache as well. But for the high street chemist Boots, though, it could mean a brighter cash future if not necessarily one for us.

Health secretary Sajid Javid now wants to ‘ease the pressure’ on GP surgeries by making community pharmacies  ‘the first port of call’ for patients seeking treatments for minor ailments. Nothing wrong with that perhaps, but others may see it as a tempting offer to get a hefty transatlantic foot in the door, The potential for Boots to pick up more business from the NHS will be central to the sales pitch by investment bankers at Goldman Sachs, who are being lined up by giant US pharmaceutical retailer and Boots’ owner Walgreens to sell the chain that first opened in Nottingham 172 years ago.

It’s a sign that, on the surface at least, Boots has historical problems after years of being nibbled from all sides. Supermarkets have undercut it on toiletries, online beauty retailers lured the Instagram generation, and internet pharmacies like the brash new kid on the block Pharmacy2U are eating into prescription sales. Still, problems attract solutions and surgery and with a highly trusted brand and an exposure to the desirable health and beauty sectors, the sale process for Boots will – not should – attract bidders from US private equity.

It is thought that Boots would be valued at about £6 billion, according to the investment bank Cowen. Boots is thought to own between 30 percent and 40 percent of its 2,200-plus stores and it holds more than 1,200 pharmacy licences. The government caps the number of licences for each local area, providing Boots with the sort of predictable cash flows that private equity firms love to bolster more risky upside ventures.

In a piece on this in the Sunday Times some weeks ago, Tristan Nagler, partner at private equity firm Aurelius, which agreed to buy Lloyds Pharmacy for £477 million last month said:

“Each pharmacy licence is a special thing,

“You obviously have the threat of online [pharmacies] but you’re not going to get Lidl or Aldi opening up next to you selling pharmaceuticals.”

Lloyds is Boots’ main high street rival but it lags way behind in terms of outlets. Nonetheless Aurelius, a European based PE outfit had to fight off rivals from the US East Coast (all oblivious, I expect, to the fact that Aurelius was the secret wizard brother of J K Rowling’s Dumbledore). Lloyds was effectively a distress sale by former owner, US Pharmacists, the McKesson Group, tied up as they are in the opioid crisis.

The common linkage in these purchases of high street chemists’ name stems from the fact that UK pharmacies, though, receive almost 90% of their revenues from the NHS and given Javid’s appetite for change this could increase in terms of cash and responsibilities under the NHS and Social Care Bill.

But it isn’t just the sharp suits from the Manhattan business district who might muscle in. In the Sunday Times, Shore Capital analyst Clive Black believes that:

“Tesco and Sainsbury’s led, respectively, by Ken Murphy and Simon Roberts, both former Boots executives, will run the slide rule over the high street chemist. It could yield ‘enormous’ cost savings in buying and logistics.”

But the real threat comes from Private Equity rather than our retailing behemoths. We saw in an earlier article here about the new direction residential home provider HC-One was taking, that any care related acquisition of a size could provide a conduit to delivering NHS health services privately. Aurelius already runs a UK arm, the Transform Hospital Group who they say:

“is the UK’s leading provider of surgical and non-surgical cosmetic surgery, weight-loss, well-being treatments and hospital services. The company operates through two brands Transform and The Hospital Group and has a network comprising 20 clinics in England, Scotland and Wales, as well as two dedicated hospitals in Manchester and Birmingham.”

The same was true for Boots’s previous owners and who they sold to Walgreens on a ‘friendly’ basis – New York based KKR, who has a global portfolio of health care companies and medical service enterprises. Their website says, in the best corporatese:

“We target opportunities across various health care sub-sectors, including biopharmaceuticals, medical devices, diagnostics ⁄ life science tools, providers, HCIT ⁄ informatics, and other services. Health Care Strategic Growth investments are opportunities in which KKR believes that we can help commercialize or further scale the underlying product(s) or service(s). We seek situations characterized by large potential markets and unmet needs and invest with a flexible approach, including taking minority and majority stakes”

No-one is sure what comes next; but I’ll bet a pound to a bitcoin that over the next few years the familiar Blue and White Boots images and the crisp sales staff uniforms will vanish to become yet another distant memory of a health service and a High Street past. 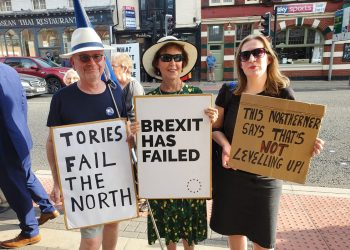