Although it pains me to say it, on this occasion Boris Johnson is right. 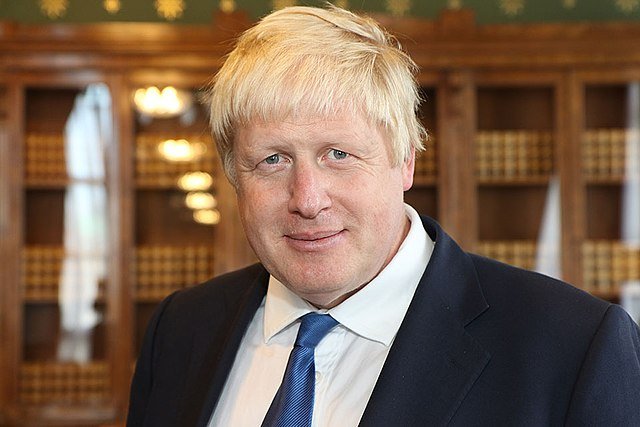 What to do about the Ukraine situation exercises the minds of many progressives. The argument made by some left-wingers that the Russian invasion is somehow the fault of the Western powers for enlarging NATO after the collapse of the old Soviet Union at the end of 1991, has a grain of truth. But it ignores one basic fact, that the populations of those countries, when asked, prefer to be allied to the West rather than Russia.

Progressives in the West have always felt uneasy about foreign wars, particularly after the debacle of Iraq, but this attitude now seems to be changing.

It is worth looking briefly at the history. Russia controlled large parts of Europe before 1914. In Tsarist times, parts of Poland, all of Finland, parts of Ukraine and the Baltic states of Latvia, Estonia and Lithuania were all ruled by Russia. The Eastern Orthodox Church argued that it was defending Christianity when it annexed European territories of the old Turkish Ottoman Moslem empire. The same argument was used about confronting Catholics in the Austro- Hungarian Empire.

There was, therefore some sort of reason for expansion outside Russia – supposedly protecting people. All this changed after the Communist Revolution of 1917. The emphasis now was on protecting fellow communists and assisting the growth of communism throughout the world. When the Second World war ended in 1945 the Soviet Army was already on the ground in many European states. Russia then ensured the victory of Communist governments in all these countries in manipulated elections, which became effectively Soviet satellites. Russia’s defence was that these countries already had communist parties, which had to be protected from the West. They saw Italy, where the communists looked as if they might win a proper election, and the  American CIA covertly intervened to make sure they did not.

Things soon turned nasty. In 1948 the Russians blockaded Berlin. After the war Germany was divided into four zones, French, British, American, and Russian.  Berlin, the capital, was in the Russian zone, but was administered by all four powers with guaranteed land corridors from the West. In 1948 the Allies began talking about uniting the three western zones to set up the new Federal Republic of Germany. Russia saw this as “provocative” and promptly cut off all land access to Berlin. The only way in was by air.

The airlift lasted almost six months and in the end the Russians backed down. People in England went without coal so it could be flown to Berlin. I mention this because the then Labour government, while pursuing an ambitious programme of reform at home – such as setting up the NHS – was still willing to take a leading role in confronting Russian aggression. In the following year the Labour Foreign Secretary, Ernest Bevin, helped set up NATO, the North Atlantic Treaty Organisation.

The situation is similar now.  A government which is struggling at home is still willing to confront Russian aggression abroad. Much though I dislike Boris Johnson and the harm he has done this country; I think on this occasion he is right. Boris may like the limelight and the distraction from his troubles at home, and he will milk such acclaim he gets for all it is worth. Although it pains me to say it, on this occasion he is right.

A moral crusade and great hardship

Now the old communist ideology is dead, Putin has wheeled out the Orthodox church again to argue he is leading some sort of moral crusade, against the “decadence” of the West. He also argues that countries which were once part of Russia (over a century and a half ago in most cases) should also be returned to the “Motherland”. Quite how he equates this supposed crusade with the atrocities and murder of innocent civilians we hear about daily I do not know.

The invasion has caused great damage and hardship not only in the Ukraine but throughout the world.  Higher energy prices hit the poor. Higher food prices, particularly for grain, hurt poor countries. Many people are being killed.

How can it stop?

We all want this to stop as soon as possible.  The Russians seem to get the worst of it in direct contact with the highly motivated Ukrainians, so have resorted to a long-term war of attrition relying on bombardment of their enemy. They have more heavy weapons. Even if the Ukrainians get the rocket launchers promised by Britain, America and Germany, they will still only have ten compared to the Russians forty, with more in reserve.

In the end a settlement will have to be reached with the Russians. Some are urging the West to pressure for one now. But experience of previous agreements such as the Minsk Agreements in 2014 is not encouraging. The Russians broke them when it suited. In reality the Russians would seek to hold on to any territory they now hold in exchange for a ceasefire.

It is imperative that if we want a speedy end to the war the Russians must be pushed back, at least as far as the borders before it started.  Ukraine needs more heavy weapons. It may be expensive, but the alternative is a long protracted conflict which in the end will be ruinous for the rest of the world. Some pain now is better than long term agony. Boris had better frame this. An endorsement