Fishing is still a sticking point in the Brexit negotiations with the UK having rejected an offer to reduce the EU member states fishing quota by 15-18%. 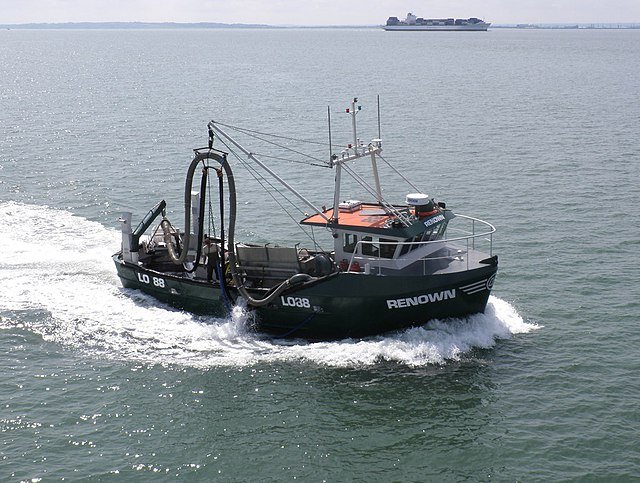 France is derailing Brexit talks, according our government. This follows on anti-EU and anti-German rhetoric in various media. The worst bit of Brexit is that it has turned the world upside down: our allies have become our enemies. How has this happened?

Fishing is a sticking point in the Brexit negotiations. The UK has rejected an offer to reduce the EU states fishing quota by 15-18%. Fishing is of relatively little importance to the UK (0.1% of our GDP) but it has become a symbolic issue. Our government wants an exclusive right to set fishing policies as a demonstration of UK sovereignty.

Fishing, though, is a good example of why supranational collaboration is necessary. Overfishing has been the main problem and, as many fish species roam the seas, overfishing in one country’s waters damages its neighbours. Both the UK and the EU are parties to the United Nations Convention on the Law of the Sea that requires joint management. Norway and Iceland, despite being outside the EU, negotiate fishing with the EU: joint management with neighbours is in everybody’s interest.

The creation of 200-miles ‘national’ zones around the coastline is a recent creation formalised in 1982: French fishermen argue they have historic rights preceding our entry in the EU in 1973. The current fishing quotas, imperfect as they might be, were based on based on historic catches. There is also another decisive consideration: 75% of fish caught in UK waters is exported, mostly to the EU. Thus, a compromise on fishing quotas is in our interest to secure our fishermen’s access to the EU market.

A level playing field is the other major sticking point. The EU does not want trading partners to undercut each other by reducing workers’ rights or environmental protection or through the provision of state aid. The British electorate does not want this either: there is no great support for deregulation and a race to the bottom.

The reality is that few nations would want a trade deal in the absence of a level playing field. This is why neither the US nor the EU have a trade deal with China. Joe Biden has expressed concern about China’s abusive practices which include state aid to corporations.

Boris Johnson has described a no-deal Brexit as an ‘Australian – style deal’. Nothing could be more misleading: it is not just that Australia does not have a trade deal with the EU, something not so important for a nation 8,700 miles away. Australia actually  has a trade deal with eleven important trading partners in the Pacific region, known as CPTPP. CPTPP sets its own ‘level playing field’.

The UK recent spending review included a public sector pay freeze as well an overseas aid cut: these are just the first harbingers of a new austerity. However, Boris Johnson has found the money for a significant increase in defence spending.

Is there any new security threat, other than Brexit, to justify this significant increase in defence spending? Russia’s population and GDP are just a fraction of those of the combined EU and UK. The main strategy to achieve security in Europe is co-ordination and integration with our allies: both NATO and the EU play important roles.

How can Boris Johnson convince us to accept an economically damaging Brexit? There are quite a few strategies in a populist playbook: Boris Johnson has borrowed from President Trump a misconceived notion of sovereignty that negates the role of international collaboration. However, all nations need partners and allies to deal effectively with challenges, like climate change, or threats like Russia.

Conversely, Joe Biden is moving away from Donald Trump’s isolationist foreign policy based on cosying up to dictators and stoking tensions with traditional allies. Joe Biden knows that to make America great again he needs to strengthen the relationship with other democratic nations and take an active role in supranational organisations.

Matthew Parris in a recent article (The Times, 5th December) concluded that it is not the economic consequences of Brexit that really matter, though they are significant, but the fact that “in a world racked by insecurity and division, we British forsook one of modern history‘s great and noble experiments in bringing nations together”.