Scandals around Boris Johnson range from favouritism to Wallpapergate and Partygate. All were entirely foreseeable. 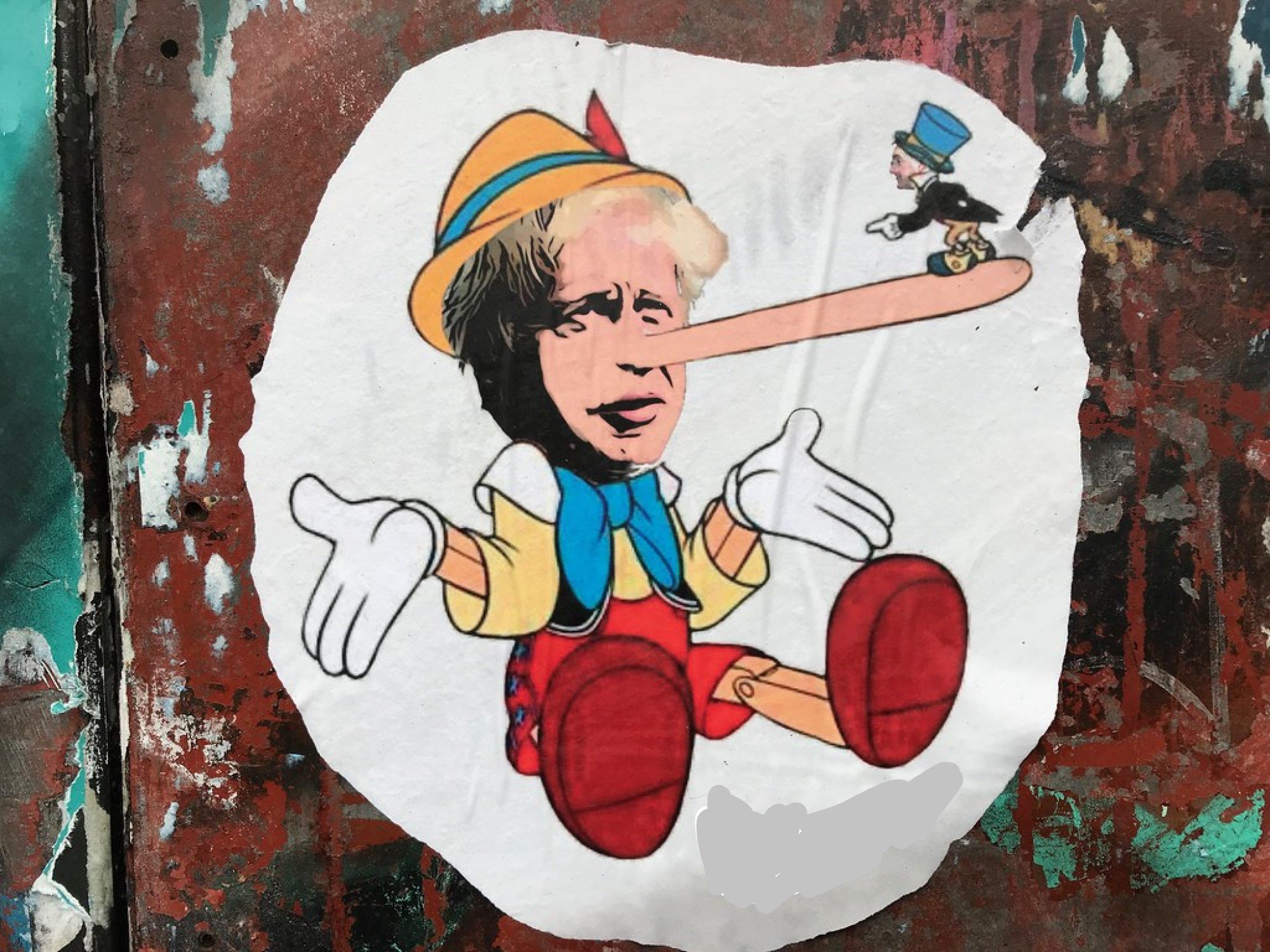 Boris Johnson as Pinocchio by Matt Brown - Photo from flickr

I am not surprised about Partygate and other recent controversies involving Boris Johnson. What else could be expected?

There are reasons why Boris Johnson is regularly portrayed in cartoons as having a long nose. He has already been sacked twice for lying. First time was in 1988, when he was sacked from The Times for fabricating a quote in an article. Subsequently, he was dismissed from his party’s front bench in 2004 for having lied to newspapers and his party leader about an extramarital affair.

The Mirror (22 January) compiled a long list of Boris Johnson’s lies and scandals. In 2004 Michael Howard forced Boris Johnson to visit Liverpool and apologise for having blamed the fans for the Hillsborough disaster . A subsequent inquest concluded that the 96 victims were “unlawfully killed” and that Liverpool fans had not contributed to the crush.

Boris Johnson particularly enjoyed making false claims about the EU, as when he suggested that the EU was making silly rules about bananas

During the referendum campaign in 2016 Boris Johnson stood in front of a red bus claiming that Brexit would release 350 million a week that could be spent on the NHS. This claim was a lie that was rebuked by the UK Statistics Authority. This claim also completely ignored the negative impact of Brexit on the economy.

In 2019 Boris Johnson called an early general election claiming he had an “oven-ready” deal with the EU, that would not require border checks between Great Britain and Northern Ireland. However, his deal required precisely that. He was not in good faith.

The ink on the Brexit Withdrawal Agreement was barely dry when he reneged on it, prompting accusations of violating international law. The consequences of the PM’s duplicity have been gang violence in Northern Ireland, the falling apart of the Northern Ireland Executive and reputational loss for the UK.

Further consequences include the UK-US trade deal being put on hold and an ongoing dispute with the EU, right at the time when unity is required to face challenges like the migration crisis and the Russian threats to Ukraine.

Boris Johnson has been through three weddings and a number of extramarital affairs. The affair with Helen Macintyre resulted in a tribunal ruling that his ‘reckless’ attitude to women and children was a matter of public interest, whereas the affair with Jennifer Arcuri has resulted into an ongoing investigation on whether the awarding of contracts to her represented misconduct in public office.

There has been no shortage of scandals during Boris Johnson’s administration as Prime Minister (PM), ranging from favouritism in the contracts for personal protective equipment to Wallpapergate and Partygate. The PM has apologised to the Queen for two parties on the night before Prince Philip’s funeral, when the Queen did follow the lockdown rules.

Boris Jonson had previously apologised to the Queen  in 2019  for having asked her to endorse his decision to shut down Parliament, a decision aimed at avoiding scrutiny and subsequently declared unlawful by the Supreme Court.

The avoidance of scrutiny has been a consistent feature of Boris Johnson’s behaviour: ranging from non-appearance before Parliamentary committees, and avoidance of inconvenient press interviews, to his delaying of the inquiry into his handling of the Covid-19 pandemic.

The “one rule for them and one for us” started early in the Covid-19 pandemic with Dominic Cummings misbehaviour. The former Conservative PM John Major has summarised Partygate in these terms: “At No 10, the prime minister and officials broke lockdown laws. Brazen excuses were dreamed up. Day after day the public was asked to believe the unbelievable”.

Boris Johnson has responded to Partygate with diversionary tactics including the false accusation that the Leader of the Opposition had failed to prosecute Jimmy Savile. The PM’s Head of policy (Munira Mirza) and a  number of Conservative MPs, including Rishi Sunak, have dissociated themselves from what some have described as Boris Johnson’s “Trumpian politics”.

The fact that the Boris Johnson premiership could end in disgrace was eminently foreseeable.