Boys from the Blackstuff: an insightful drama to our own hard-hit times

A contemporary review of Alan Bleasdale’s 1982 television series. Is it relevant today? 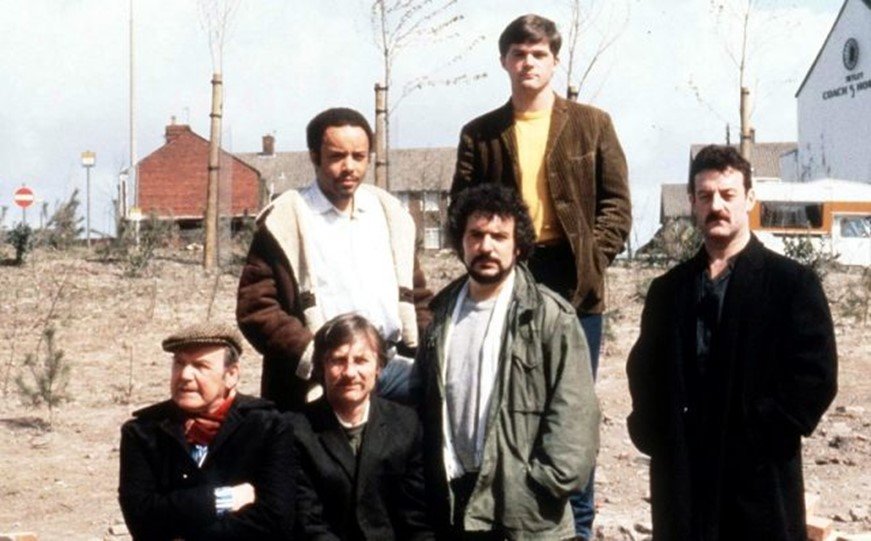 Boys from the Blackstuff from 1982 screenshot

‘Nobody on the dole counts, my friend.’

Alan Bleasdale’s revered 1982 television mini-series Boys from the Blackstuff is brave, bleak and though occasionally boring, is rather brilliant. This 306-minute series is captivating and now, more than ever, highly relevant as the economy falters and Britain again sinks into being the ‘sick man of Europe’. The towering economic uncertainty, marital anguish over which parent will get to eat that night and the ever-present vexatious benefits ‘sniffers’, are all front and centre today – forty years on.

On everyone’s mind is their own and others’ job security. Bleasdale examines his home city Liverpool, where an unimaginable one in two men were out of work in Toxeth in 1981, to portray the worst of the new, cold and divided Britain. His heartbreakingly poignant depiction of life on the dole contrasts with the somewhat lighter version of the northern working-class in his original 1980 film, which was made in the relatively halcyon pre-Thatcherite 1978. It is a stark account about those most affected by the UK’s record of three million unemployed. The TV series is much deeper, and sadder, but this warm and moving drama draws further parallels to our own hard-hit times in this well-crafted, original tale.

Those of you with vague memories of uproarious laughter are likely remembering Alan Bleasdale’s original 1980 film The Black Stuff – far funnier albeit political and derivative. Filmed in 1978, the main characters are a few years younger than their TV series counterparts. They are rosier, less dishevelled, employed even, but still highly articulate about the plights of disintegrating industrial Britain. Though written before Thatcher’s first election victory, the simple story is smothered in commentary. Some of this is rousing and sharp, quite a bit of it is predictable and overstrung. It confidently introduces Bleasdale’s world, smartly transposing the Scouse characters in the setting of an insecure job jaunt to Middlesbrough. It is a television play, but the production is more of a continuation of 60s working-class TV comedies: mishaps, stock characters and minor Irish villains. Characters aren’t given any depth, but this works as it is an ensemble about a Scouse gang who “couldn’t organise a funeral in a cemetery!”.

Boys from the Blackstuff (1982) immediately envelopes us in dingy public buildings and dark, sparse terraced houses. It follows five mainly Irish Catholic households to paint a picture of chronic unemployment in destitute Liverpool at the height of the recession-hit early 1980s. This period of hardship and hurt, expressed primarily through the men’s experiences, is an integral part of British history. Bleasdale’s Boys from the Blackstuff is a screenwriter’s wordy, but fascinating, archive of deindustrialisation.

The opening episode Jobs for the Boys, in many ways, is a repeat of the television play. Characters are reintroduced, new characters are brought forward to stand on soapboxes, but there is a new rhythm with the humdrum of the benefits office. A stylised montage shows us the characters dealing with bureaucracy coarsely and the culture of distrust about benefits enforcement is palpable and justified. ‘The boys in blue’ facilitate the series’ strongest scenes where crime, paranoia and conspiracy infiltrate the characters’ lives. Knocks on the doors and friendly greetings make for upsetting but gripping viewing.

There is a sense of normality which is swiftly broken at the end of the first episode, a feeling that things will never quite be the same again. The second episode was the least theatrical, it instead had a sustained cinematic focus. From the benefits counter all the way to the petrified housewife imprisoned at home – scared witless, all because she did some cleaning on the side to feed the bairns. Much of the series is spent behind cold, draughty walls, homes plain with poverty, with sad inhabitants who are victims of an apathetic, spiteful state.

In the third episode another married couple is at the brink due to poverty, but this time a young Julie Walters is being berated by main character Chrissie, portrayed by the recently passed away Michael Angelis. It is greatly acted, confined in a claustrophobic environment of a damp house, the characters screaming out their intense arguments. There is a laugh here or there, a moment of release in each episode’s individual tragedy, but it would be disingenuous to describe the series itself as a black comedy.

Bernard Hill’s unstable character Yosser was the show’s breakout character with his famous phrase “Giz a job”, and his journey about losing everything is Shakespearean. A difficult watch but a cathartic, well-rounded, impressive story in itself. We follow the characters’ overlapping stories and see them grow into maturity; watching them realise that their idealism is significant but must evolve to protect their own wellbeing and livelihood. Boys from the Blackstuff isn’t a perfect, edited type of production; it is raw. Bleasdale sculpts every single element to produce a radical story about the death of the political left, the loss of individual dignity and the proud joy of having your own culture. It is of its time, though not dated, and its depiction of community solidarity is just as profound today.