A view from Europe on Boris Johnson's comparisons of was in Ukraine and Brexit. Angry and with a sense of helplessness. 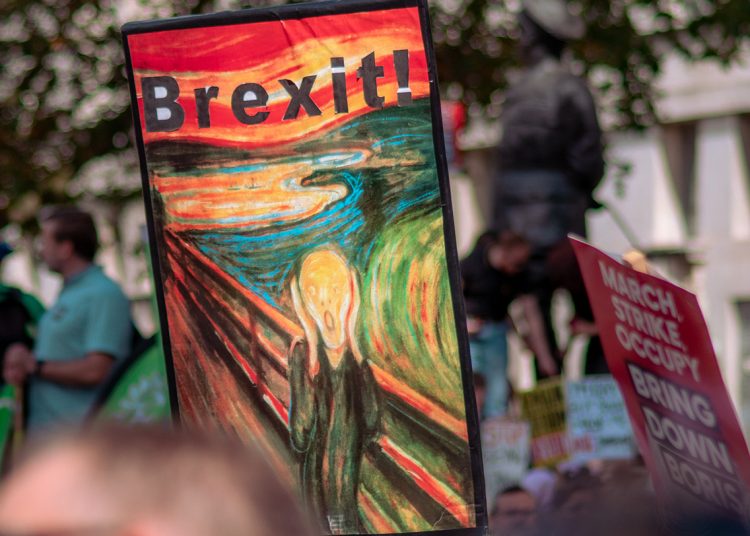 Photo by Fred Moon on Unsplash

Brexit voters chose freedom over oppression, just like the people of Ukraine now. This is what Boris Johnson told his Blackpool audience yesterday.

This sick comparison has been dubbed as insanity and buffoonery but should be exposed as one of Johnson’s most “famous examples” yet of divide and rule… and distract. It was reminiscent of Nigel Farage’s claim on 24 June 2016 that the referendum result was a “victory for decent people”. The utterances of these two poor specimens of humanity were offensive and divisive, but Johnson sank to new, dark depths to exploit them.

Angry and with a sense of helplessness

The extent of the insult to Ukrainians fleeing the war defending their country, and the thousands who are dying, has left many seething with rage. So am I, but with nowhere for my anger to go. As a UK national living in Italy, I am still disenfranchised from having a democratic vote in my birth country, have no representation now anywhere…  marginalized by Brexit. Meanwhile, I get involved with my local community which does what it can with aid for Ukraine; sometimes we get images back of delivery vans being shelled, even losing contact with a driver, not knowing if he is dead or alive… This also makes me feel helpless and it is hard to make sense of any of it.

To calm my mind, one human story sticks with me from before the invasion started. I am in touch with another UK citizen in Italy, whose wife is from Ukraine; they were due to have Christmas with the British side of their family but were let down by the very slow Home Office processing time. He told me:

“You know one silver lining that did happen with the UK permit not arriving was that it meant we spent Christmas in Kyiv instead of the UK. Hopefully it’s not our last, but if it turns out that way it means my daughter got to enjoy a peaceful Christmas time with her grandparents and friends over there which is something to be grateful for.”

The grandparents have since managed to escape to Poland, thankfully. However, as this British man is no longer an EU citizen he and his family are now left with considerably fewer options for family reunification. The Home Office is still quibbling over the permit, I understand.

So Mr. Johnson, please do not talk about Brexit and freedom in the same warped breath. There you go, I am raging again. But let’s stop calling Johnson a clown or a buffoon. Or even Boris. I do not see him as a chum but a dangerous man and this is all chillingly calculated.