Leaving the EU always had the potential to be incredibly disruptive to the food industry. 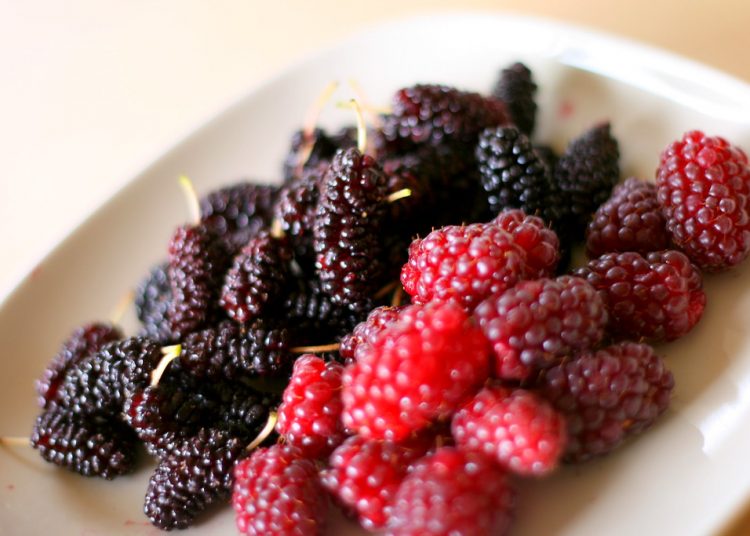 Much of the Brexit coverage focused on the Freedom of Trade/Freedom of Movement stalemate (both of which are critical for the future of the industry) – the overall implications must be understood. As a recruitment agency working in the FMCG and Food Manufacturing Sectors, for us – that means the repercussions in these industries.

Leaving the EU always had the potential to be incredibly disruptive to the food industry. There were many concerns around the impact on the supply chain, sourcing ingredients and labour shortages.

Not to mention the 4,000 pieces of EU legislation relating to food that will need to be re-written along with regulatory infrastructure provided EU bodies.

A report carried out in 2017 by food policy experts from three of the UK’s significant universities warned that the UK was unprepared for the changes that will come about to its food supply system. It’s safe to say that in the last three years, our position hasn’t changed much.

A scarcity of defined vision with regards to the future of the food and agriculture industry meant that even a ‘soft’ Brexit would have had severe consequences for the quality, supply and price of food in the United Kingdom.

Even after numerous delays in the leaving process, since we left the EU in February of this year, the ongoing negotiations remain acrimonious with neither side looking to compromise on the outcomes it wants. While currently, most of our trade deals with the EU remain in place until January 2021, after this date passes, the UK will be considered a ‘third’ country and will face significant trade barriers.

For each sector that makes up the UK food industry, a frictionless trade must be secured to protect British food standards and protect the growth. For example, the World Trade Organisation higher export fees applied to exports like butter (48%) and cheddar cheese (57%) would cripple the UK dairy industry.

Vice president of the National Farmers Union has previously stated that “With the UK dairy sector exporting 3.2 bn litres of products to the EU, it’s essential we secure a deal with the EU or face costs in the region of £500m”.

The paper reported statistics that included around 20% of all employees in agriculture labour come from abroad, and 63% of employees who work for members of the British Meat Processors Association are not UK citizens.

Of the 400,000 individuals that work within the food manufacturing sector, more than 30% of the labour force are from other countries.

The British Summer Fruits association has stated that 95% of their 29,000 seasonal workers are non-UK EU citizens. Despite efforts to rectify this, including forging partnerships with job centres and ex-prisoners, results indicate that UK citizens have no interest in taking these roles. They are pinning hopes on a permit scheme.

While the government has launched a new points-based immigration, taking effect from January 2021, it has revealed there are no plans in place for ‘low-skilled’ workers. A pilot, Seasonal Workers Scheme, is being tested to meet the needs of the UK agricultural sector, offering between 2,500 to 10,000 places in time for harvest.

The NFU has expressed concern over these plans, as have urged the government to commit to a full scheme to be in place for following years that allow the farming industry to recruit the 70,000 seasonal workers required to meet the needs of the industry.

In some areas of the food chain, it is the lack of masses of workers causing concern, while in others, an operation can hinge on the absence of one person.

For instance, in England, Wales and Northern Ireland, abattoirs cannot operate without a vet overseeing the animals on their way to slaughter – British vets don’t want to do this work, they want to work with livestock on farms or in private practices.

Currently, around 85% of abattoir vets are from outside the UK, and if they can’t enter the country to do such work upon leaving the EU, our meat supply chain has the potential to collapse completely. EU vets will now be required to apply for a Tier 2 Work Visa. As well as requiring sponsorship from a UK employer, applicants will need to have secured a minimum salary of £30,000 a year.  Based on export barriers and potentially increased competition, is this feasible, or are UK animal welfare and food hygiene standards about to be jeopardised?

British firm Heck Sausages achieved considerable growth between 2013-2017, projected to reach £18 million by the end of 2017, they were about to move to a new plant but are facing staffing issues.

Director Debbie Keeble has previously said to The Guardian, “During the referendum, campaigners were going on about people coming over here taking our jobs. Well, they’re not, because nobody here applies for them.”

Heck faced public backlash in 2019 when they released a product called ‘Boris Bangers’, a line at odds with their previous comments. Debbie Keeble had earlier described Brexit as ‘cataclysmic’, and their workforce was mostly Eastern European – so a publicity stunt with the pro-Brexit Boris Johnson was far from well-received.

An estimated shortfall of workers in the FMCG sector was predicted at the beginning of the saga. The changes to immigration law aren’t considered a solution – who is going to fill these vacancies?

The volatility of the pound has had an unprecedented impact on the FMCG sector, especially the supply chain.

The rising cost of imports as the exchange rate worsened caused many businesses to suffer.  As suppliers increasing costs further, the burden has been passed on to the retailers, and ultimately consumers.

Brands have were urged to take steps to improve the efficiency of their supply chain to prevent costs from creeping up even further, but around 60% of British firms have stated that their supply chains had become more expensive as Sterling has fallen.

Concerns are floating around the industry that it is the suppliers and manufacturers that will come off worse as retailers will not want to absorb the price rises.

In May 2017, the Financial Times reported that almost 50% of European businesses had started to replace British suppliers with EU counterparts. 46% of European supply chain managers anticipated that a higher proportion of their supply chains would be removed from the EU.

Some years on and it looks unlikely that the UK government will agree to a free trade deal with the EU by the end of 2020. European buyers and retailers have not rushed to continue to stock British brands and products. Why? Primarily because it is currently impossible to predict the ways the markets will change, leaving producers and exporters facing complex barriers as well as increased costs.

However, it seems that by securing trade deals further afield with China and the United States could provide alternative markets to counteract the effects. British products are sought after in these countries, considered to be of a higher quality and style.

The price rises also come down to sourcing. The UK is heavily reliant on the EU when it comes to importing food and ingredients for manufacturing; 28% of the UK’s food supply comes from the European Union according to Government statistics, and the UK food production to supply ratio dropped by around 10% since 1988. Further to this, figures released in 2019 revealed that food inflation is at its highest rate since November 2013.

Of course, Brexit is not the only issue here, with extreme weather conditions impacting yield, while a global rise in prices for items such as cereal and bread have also contributed. But the truth is unless we secure a good deal, food prices will continue to rise.

‘Healthy’ food is also viewed by many as being too expensive, if the cost of imported fruit and veg continues to rise, the food poverty will spread, and the impact will fall onto our already crippled NHS. UK food banks are already facing record demand, and a viral campaign by Marcus Rashford has highlighted the number of children suffering as a result.

When polled, the British public says that they want to buy ‘British food’ but are mostly unaware of the fact that many of the foods marketed as British are from other nations.

Ultimately, this request is unachievable, and as discussed, it’s highly likely that their ‘British’ foods will continue to increase. Perhaps the public need to be educated on ‘food identity’.

Food quality has been of increased concern in recent years, heightened by ‘clean eating’ and ‘sustainable’ or ‘ethical’ trends, and leaving the EU has sparked concerns over the quality of food.

For instance, the EU has concluded that the use of synthetic hormones used by farmers in the USA to promote growth is not acceptably safe and posed a risk to ‘vulnerable groups’, including pregnant women and children.

Under this ruling, it is unlawful to import beef from the USA, but this could potentially change when current legislation changes.  CEO for supermarket chain Aldi UK, Giles Hurley publicly vowed that his stores would never stock items like hormone-treated beef or chlorinated chicken, regardless of new trade deals. The firm has an ongoing commitment to British suppliers and refuses to undermine British produce standards.

The entire industry is still waiting with bated breath to witness the outcome of the changes to EU legislation.

Like other sectors, those in FMCG can only continue to speculate with regards to exactly how the industry will change in the long run. Many are hoping that each element of the industry is considered in its own merit and in turn, British firms will have access to the supply and labour resources that they need to provide high quality, socially inclusive products, enabling them to flourish.

“Politicians shouldn’t run scared of seeking changes to our relationship with Europe”: new report from Another Europe is Possible

All set for a win on the pools?: a look at the bookies’ take on the Hartlepool by-election

All set for a win on the pools?: a look at the bookies' take on the Hartlepool by-election