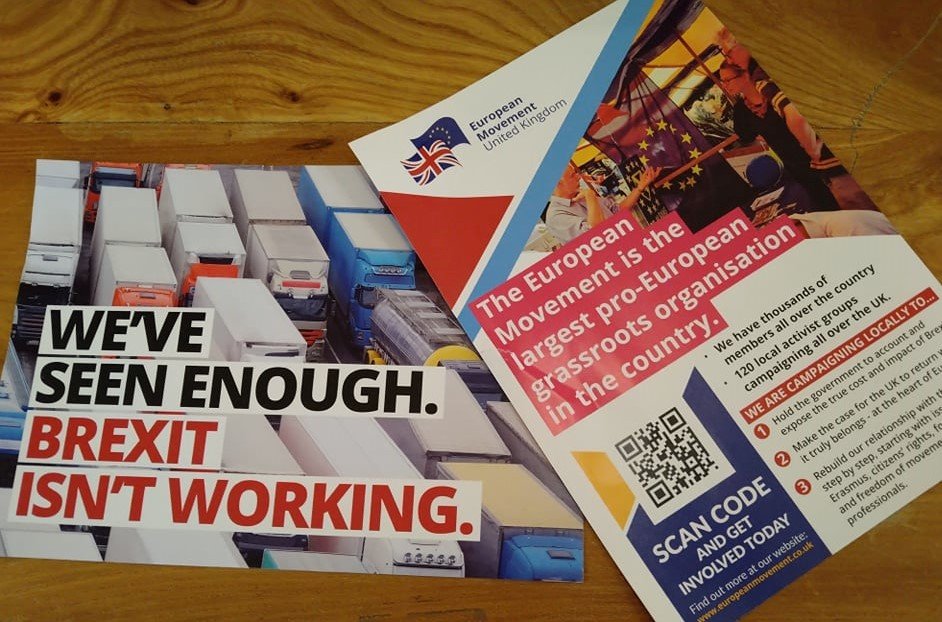 North East residents will be on the streets of Newcastle today to protest against the local impact of the recent HGV and supply chain crisis.

Campaigners from North East for Europe will be speaking to members of the public at Grey’s Monument on Saturday 20 November about shortages of goods and the difficulties faced by local businesses.

As part of their campaigning, activists will be giving out leaflets saying “Brexit isn’t working” and chatting to people to find out how Brexit is affecting people at a local and national level.

North East for Europe is part of the European Movement which has well over 100 groups across the country.

Although other countries have experienced shortages of HGV drivers due to the pandemic, North East for Europe blames the government’s Brexit deal for making the situation worse in Britain, by reducing incentives for EU-based hauliers to operate in Britain and increase capacity in our HGV network.

“Since the summer, the government’s harsh Brexit deal has given Britain empty shelves, empty pumps and empty pockets, and now Christmas is under threat. Brexit isn’t working. We want to give people in the North East the opportunity to share their experiences over the past few months and any fears they may have for the future.”

Louise Brown, campaigner and co-founder of the group added:

“Young people in particular have been hit hard by Brexit. All the red tape means it is almost impossible for bands to tour in Europe or work there in any capacity. All this extra bureaucracy has also hit local business negatively with trade with the EU massively down after Brexit.”

The Road Haulage Association claims that the UK is short over 100,000 qualified HGV drivers, including drivers from EU member states who worked and lived here before Brexit.

Long to lord over us