Brexit is not going away, it’s the elephant in the room. We need a new, more pragmatic approach based on realism. 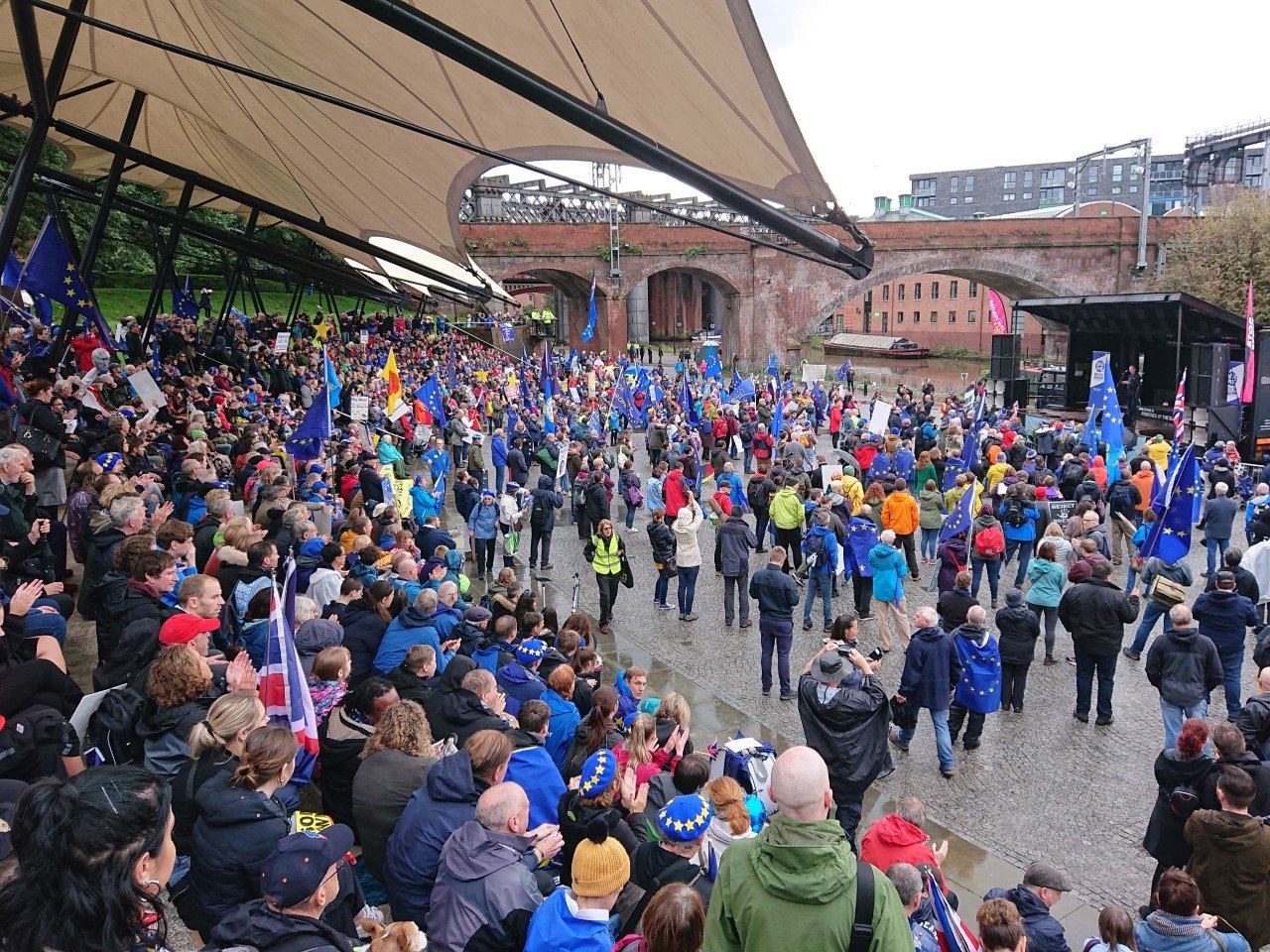 On 3 October the Conservative annual party conference starts in Manchester. As delegates begin to arrive on 2 October, Grassroots for Europe groups from around the country and locals opposed to the Brexit deal will be there to give them the welcome they deserve and put Brexit at the front and centre of the agenda.

So far Brexit has caused industries to be trashed and food and medical shortages. Food has been left rotting in fields, peace in Northern Ireland is being threatened and freedom of movement has been removed.

Nine months in and it’s as clear as day that Brexit isn’t working, and is far from being ‘done’. The grace periods are being pushed back and the true damage of Brexit is yet to be revealed.

For those not enjoying the Brexit carnage and the government’s lurch into authoritarianism, then there is the opportunity to say loud and clear that Brexit is not working.

The key demands of the protestors are:

The first two demands would have already been met if the evenly split nature of the vote had been respected. In a healthy democracy it’s not winner takes all yet the Conservatives chose a hard Brexit using the ‘Will of The People’ rhetoric to push it through.

The announced speakers are:

The event at the Tory Party Conference

At 2pm on 2 October protestors will gather on St Peter’s Square, Manchester. There will be an array of speakers talking about Brexit impacts on business, the NHS, EU citizens in the UK and the potential impact of the Policing Bill. The full lineup of speakers will be announced soon.

Why have a protest?

Brexit is not going away, it’s the elephant in the room. We need a new, more pragmatic approach based on realism where all sides are listened to. With the loosening of standards already on things like GDPR, food standards, waste water treatment and the Paris Climate Change Agreement the direction of travel is clear.

None of this was mentioned when the idea of leaving the EU was being sold. No one voted for lower standards, a huge amount of Brexit red tape and to be to be worse off. The promised sunlit uplands with no downsides was a fantasy and as the reality starts to appear it’s time to say Brexit is not working and demand a new approach.

More details about the protest can be found here.