Bridges, Brunel, Banksy and beauty in Bristol and Bath

“After we took back control from them bloody Romans and their incredible engineering and architecture, we had the Dark Ages. But it was worth it.” Brunel in his own museum Photo by Robin Tudge

We wanted to stop off at the Cheddar Gorge, but Covid had somehow closed this down. Still, in Bristol, the SS Great Britain and Brunel Museum  on Spike Island is well worth the £18 entry for the ship, all three decks restored as per a 19th century voyage of emigrants, even the driving rods of its giant steam engine still turning over, and the museum to Isambard Kingdom Brunel’s life, works and trials could brook a second visit (as the ticket enables). From there you can walk up through wonderful Georgian crescents to the Clifton Suspension Bridge with its great view over the Avon Gorge.

A walking tour of Banksy’s works proved some to be as elusive as the artist, but took in parts of the city you’d otherwise not see and multiple far larger murals besides, notably in the bohemian quarter of Montpellier with its mix of independent shops, bars and restaurants, including a fabulous Indian Thali restaurant with old film posters.

The highlight though was a three-hour walking tour with Blue Badge tour guide, Robert Collin, who is incredibly learned and passionate about Bristol’s history and its place in the world, and makes a particular note in his talk of the slave trade and Edward Colston’s role in it – though Collin was at pains to refute that Bristol was built solely by the slave trade, and by that, Colston himself. It’d been a key port and shipbuilding centre for centuries before Colston’s 18th century fortune was evilly amassed, notably bringing in wine from Bordeaux, but then later sugar and tobacco fed the addictions provided for the British people by millions of slaves.

Colston was relatively unknown beyond Bristol until his statue got drowned, but for Bristolians he’s long been divisive, with those seeking to discuss his wealth and facing angry, emotively charged responses from those brought up to see him as a philanthropic hero of Bristol – a legacy bigged up by the Victorians and his descendants, who simultaneously whitewashed his wealth and festooned his name all over; Colston Avenue, Colston Street, Colston Tower (but since renamed the Beacon Tower, like Colston Hall was quietly renamed the Bristol Beacon in 2017), Colston’s School (despite students seeking to rename it in 2020, with its heraldic shield still bearing the dolphins signifying the quasi-Masonic Colston Group – as does the university coat of arms! (Indeed, its grandest edifice is the Wills Memorial Building, named after the great Wills tobacco family.) Even the cathedral (free to get in) has tributes and one tower named after the Big C. And the debate rumbles on.

Doing any justice to Collin’s tour here is impossible, and as he expounds, there’s so much more to Bristol then, and now, a vibrant, diverse, dynamic city, with cafes, restaurants and bars thronged down College Green to Whapping Wharf and Spike Island, bustling by day, serene by sunset, and raucous by night.

Funnily enough, vis-à-vis issues of labour, the first pizza place we went to had run out of dough two hours before closing. Then a Transylvanian place, with lovely food and staff, was rammed. Another restaurant turned us away, directing us down to the wharf, where Prezzo was ‘booked out’ , with empty tables, for want of staff, and Stable stopped serving food two hours early because the chef had gone home. Every other bar and restaurant in Bristol (and later, Bath) had signs up advertising for staff. Though while we’d encountered no Europeans in Cornwall, in Bristol we met several.

None in Bath, though. A stunning city, beautiful 18th and 19th century neo-classical sandstone buildings and terraces glowing in the sunshine. Certainly, spend the £25 to spend hours touring the surprisingly extensive Roman baths and temple complex, but that’s it really. Bath’s orderliness, its cleanliness, is like being in the house of an old, overly strict relative. As Collin told us, though Bristol can brook debate about its past, for Bath, not a word, not an iota of coming to terms with the slavery of its own civic hero, William Pulteney, an 18th century MP to boot, after whom is named the baroque Pulteney bridge, the tour boat moored beneath it, the grand boulevard of Great Pulteney street, even a café and a dental practice bear his name. Not even a gouged off sticker to be seen, possibly subliminally preventing me from stickering as I’d done Bristol – let alone a Banksy. The only graffiti we saw was on a bridge crossing the A road on our way out, where some folk dangled 30 feet above a dual carriageway to spray ‘the lie virus’ in massive letters, and Rees-Mogg’s supporters thought fit to leave it. No regrets in Brexit country.

“After we took back control from them bloody Romans and their incredible engineering and architecture, we had the Dark Ages. But it was worth it.” 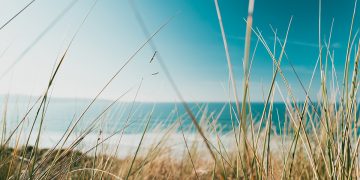