For the North East there is the promise to level-up Teesside with a new Freeport and a bit of the Treasury to move to Darlington. 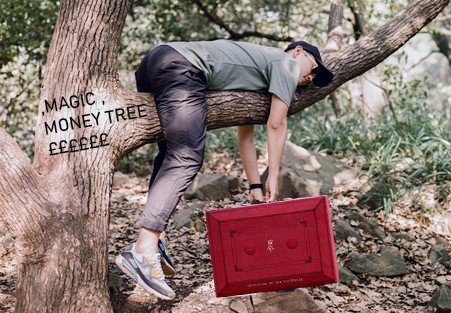 In the days before Budget Day, 3 March 2021, various government ministers and the Chancellor continued to give little previews, some tantalising titbits of what might be in the upcoming Budget. It made it seem, as was noted on Radio 4 Tuesday’s PM ‘more like Budget Week’ than Budget Day. Such was the fervour that a statement confirming the extension of the Furlough Scheme had to be rushed out on Tuesday night, as the news of the extension had already been ‘inadvertently’ leaked.

House Speaker, Sir Lindsay Hoyle, lamented Rishi Sunak’s pre-Budget antics, saying “At one time the budget was never revealed to the media … Tradition matters and it’s important that people hear it on the floor of the House, not briefing newspapers before and certainly not dashing off afterwards to tell them how good they were.”

Two days before Budget day the star himself, the Chancellor, released a video ‘Trailer’ for the grand performance. It followed the development of events over the prior twelve months, as managed and overseen by him, and which led up to Wednesday’s Budget.

The video is, and was widely reported by the press to be, overtly promotional of Sunak. As the Guardian noted: “What is clear is how closely Sunak wants to keep any credit for tackling the economic impact of coronavirus, and how extraordinarily carefully his team are seeking to craft his image.” Accompanied by stirring music, the video features Sunak in ‘crisis solving mode’ continuously throughout the video. Johnson is heard (not seen) only twice, the first time sounding beaten and dejected saying “this is the worst public health crisis for a generation”, immediately followed by an upbeat Sunak announcing in the House of Commons that he (Sunak) “will do whatever it takes to support the economy”. Johnson’s second cameo appearance (voice only) is to mumble offstage “we purchased more than 350 million doses” (of vaccine- i.e., more than twice as many doses than are needed). What Johnson feels about the framing of his minor ‘off stage’ mutterings is unlikely ever to be known, but he’s probably not awfully excited about them, and comparisons with Donald Trump in ‘Home Alone’ are perhaps inevitable.

As to be expected, there was little information on the actual specifics of the forthcoming Budget in the video with various assurances on what has been done, and what will continue to be done to support the economy and the ‘Kickstart Generation’ as necessary throughout the declining days of the pandemic.

The dominating spotlight on the Chancellor during the almost six minute long video has also drawn some derision on Twitter, with shadow cabinet minister Jonathan Ashworth joking “the ego has landed.” A perhaps unintended link to Johnson’s ‘Moonshot’ which, after separation from billions of pounds, seems now to have orbited round to the Dark Side.

Supporting Act over, the Chancellor moved to the main performance in the House of Commons on Wednesday afternoon carrying what looked like Sally Young’s North East Bylines’  Green route and 11 point plan tucked in his briefcase. Sadly, it turned out not to be Sally’s suggestions, but was a written answer from Gardener’s Question Time in reply to a question from a Mrs T May on how to cultivate a previously non-existent magic money tree.

With Boris Johnson crouched and muzzled in the corner, the Chancellor’s performance was somewhat overshadowed by the scale of the pre-performance publicity, and with nothing much in the way of unexpected rabbits pulled out of the hat. In the last year 700,000 jobs had been lost and GDP had declined by some 10%. Declared by the Chancellor to be “The most important Budget in a generation”, the announcements already trailed, confirmed the further extensions of the financial support to Covid-hit businesses, employees and some of the self-employed. Furlough and support schemes will be continued to September 2021 and now include those of the recently Self-Employed who have filed tax returns for the last year.

A number of already announced ‘starts’ feature in the proposals, with ‘Kick-start’ aimed at bringing young people into the workforce and ‘Re-start’ to offer grants to help non-essential retailers to reopen. The affection for ‘starts’ did not apparently extend to restoring the 50% of funding slashed from ‘Sure Start’ over the last decade by his government.

Welcome additional low hanging fruit picked from the magic money tree included: A six-month extension of the £20 per week Universal Credit uplift, an additional £300 million to support theatres, museums and other cultural organisations, doubling of apprenticeship funding to £3,000 per apprentice, £19 million to support victims of domestic abuse, stamp duty holiday extended to June and then until September for houses valued up to £250,000, then fuel and alcohol duty frozen for another year. The list is more extensive and can be read in full on the UK Government Website

The total of Covid-19 support, as acknowledged by the Chancellor, represents an unimaginable level of government support buoyed-up by some £400 billion of additional borrowing. Faced with this and the loss of tax revenue, plans to deal with the massive shortfall seem to be based on growing the economy. In the short term, inheritance tax thresholds, the pensions lifetime allowance and the annual exempt amount for Capital Gains Tax will be maintained at their existing levels until April 2026. This will raise about £6 billion. Corporation tax on large company profits will increase and is expected to raise 3.2 per cent of GDP in revenue by 2025-26.

For the North East there is the promise to level-up Teesside with a new Freeport (this will be one of eight scattered around the county) and a bit of the Treasury to move to Darlington.

The UK as a place of ‘Scientific Superpower’ would be ensured with the introduction of ambitious Visa reforms to allow the smooth recruitment of high skilled immigrants.

Responses to the budget were generally supportive of the extended Covid-19 measures, but it was often noted that government has been dragged kicking and screaming again to this point. While the measures were welcome, the opposition felt that the Budget was a missed opportunity, that more support was necessary both to get through the pandemic and rebuild the economy. Even with the inclusion of last year’s Self-Employed scheme, between two and three million would still receive no support. Many of these have reduced or no means of earning a living, except as Kier Starmer noted, if they were a photographer working on the Chancellor’s PR campaign. Johnson stirred to shout “rubbish” when Starmer pointed out that only 1 in 100 young people had been helped by the Kick-start scheme. Starmer agreed it did indicate that the take up was in fact rubbish. Notable, and noted, was the Chancellor’s omission of any reference to the impacts of Brexit (other than to claim leaving the EU allowed the introduction of new Freeports -this claim has been factchecked and is misleading).

Ian Blackford delivered a blistering attack on the deficiencies of support and lack of measures to address the other pandemic, “the Poverty Pandemic”. Johnson closed his eyes and shrank even further into his corner as Blackford drove home his views on the inequalities and chaos of “Boris Johnson’s Brexit Britain”.

Overall, it is a bleak picture, with huge levels of government expenditure and as yet only sketchy ideas on the route out of the economic nightmare. However, for those tempted to take refuge in drink, alcohol duties have been frozen again and funds have been provided to help communities to buy and retain their struggling local Pub.