Cancer and immunotherapy, a personal story: we need experts!

A personal story of cancer and immunotherapy, showing the vital importance of the contribution of scientific experts 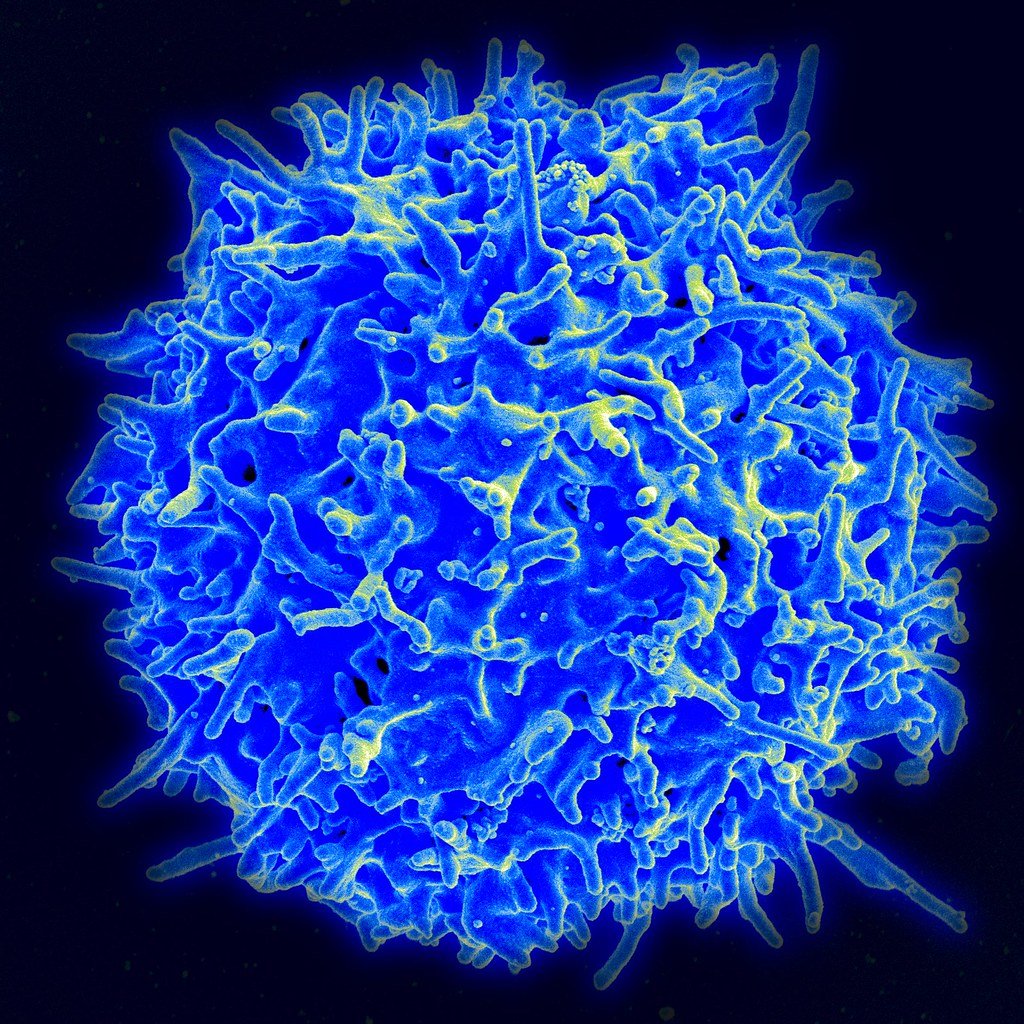 "Healthy Human T Cell" by NIAID is licensed under CC BY 2.0

A personal story of cancer and groundbreaking immunotherapy

I have been meaning to write this piece for some time; however, I have felt spurred on to do it now by the vilification of doctors and undermining of scientists as experts by some areas of the media recently.

I aim to provide testimony about a relatively new treatment for cancer, as well as expressing my gratitude for a system that is free at the point of use. Writing it has helped me explore my own sense of trust in medical science and its developments. It is a personal story but one, I hope, that will resonate with others.

I retired in 2014 after a career in education. I had been an Assistant Head at a secondary school in Tottenham responsible for inclusion, behaviour and child protection. It was a very busy role and I had ignored a strange growing lump on my leg.

Once I had more time I went to my GP who did not immediately recognise it as melanoma but who did refer me to the hospital. There a dermatologist wasted no time in having it removed despite my appointment being late on a Friday afternoon. Alarm bells were ringing and indeed it turned out to be a nodular melanoma which was 11cm in depth (4cm is considered very deep).

I had every scan going and then a wide excision of my thigh and removal of lymph nodes. Microscopic spread was found in the sentinel nodes but no further than that. Chemotherapy is not considered effective in treating melanoma and so after the surgery it was a case of keeping our fingers crossed that there was no further advance of the cancer. I was physically well but the worry was always there, especially given how deep the original tumour was.

Four years later I discovered what my dermatologist thought was a labial cyst but was in fact melanoma which had also spread to my lungs and right iliac node. The news was devastating. We thought there was very little hope until we were scooped up by the melanoma team and told about immunotherapy which had over the last couple of years, to quote the consultant “revolutionised” the treatment of stage 4 melanoma.

Her enthusiasm completely drew me along with it and I suppose as a way of protecting my own mental health and that of my loved ones, I embraced it wholeheartedly.

That same year, 2018, Jim Allison, an American scientist (along with Tasuku Honjo) won the Nobel Prize for Medicine.

It recognised his breakthrough work with T cells, the “defence force” of the immune system that battle invaders and abnormal cells like cancer, bacteria and viruses. However, they are sometimes are fooled by cancers.

His tireless hard work led to the development of Ipilimumab, the first in a class of drugs known as checkpoint inhibitors. This allows the t-cells to recognise “the enemy” and attack and control the cancer.

This is the drug that, following some initial rounds of another immunotherapy, has so far saved my life. There seems to be a feeling that combinations of immunotherapy drugs can work better but it is all relatively new territory. For those who are interested there are many papers out there. I have simplified it to something I can understand!

The drug like chemotherapy is delivered as an infusion. We were made aware of the expense to the NHS as they would not make up the infusion until I was on site at the hospital- somewhere in the region of £20,000 per treatment. It does have side effects and I developed a rash all over my body as well as causing a pituitary flare which knocked out my adrenal glands making me steroid dependent. However these were quite short-lived in terms of me feeling unwell.

I have tried very hard not to read statistics about survival rates but rather to focus on my own physical and mental health. I walk about ten miles a day, either with friends or on my own. My husband is not much of a walker but he has ensured I have all the kit from coats to headphones so that I can get out and enjoy it whatever the weather! I do it mainly to control my anxiety. There is something about the rhythm of mind and body in tune that is very soothing. It made all the difference to me over lockdown.

I have regular scans although I agreed with my melanoma team to halt these over the pandemic as there is not much more treatment beyond clinical trials available to me. I have a clear checklist of symptoms that would raise alarm bells but I feel so very well.

If we had not had the NHS the chances of us being able to afford such an expensive treatment would be very unlikely and I am eternally grateful that this is still the case in this country. I feel very strongly that I do not want the erosion of this wonderful service in the future. I think my experience has also taught me to respect and trust in medical science and its developments. It saddens me that some can be persuaded by arguments that have no foundation in facts or evidence.

If you do not understand something, it is a leap of faith; but faith that those who have studied and researched do understand and know what they are talking about!

“Getting the little things right” with Kenton councillors