"The provision of safe and legal routes to the UK should be a key part of the government’s strategy to counter the criminal trade, and this has not yet received the attention it deserves" 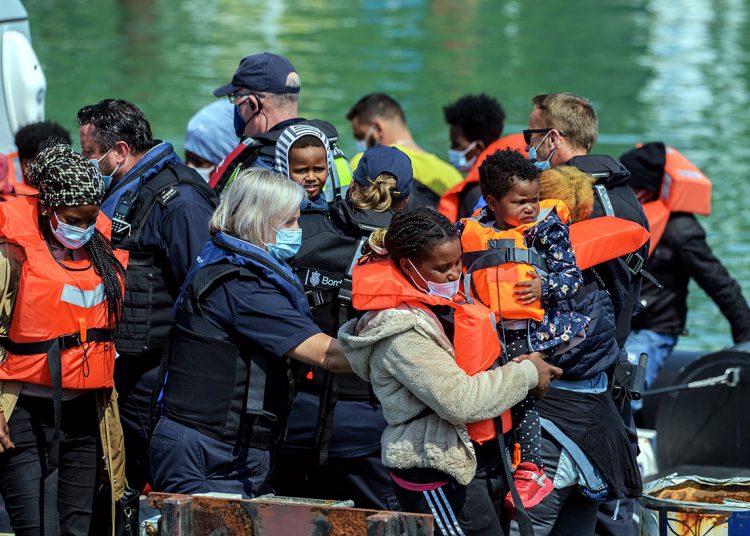 Last week the House of Commons Committee report, “Channel crossings, migration and asylum”, was published. Earlier this year, the Home Secretary, Priti Patel said that the asylum system was collapsing. In the newly published report, she is quoted as attributing this to “the various strains, abuses, sheer numbers coming to this country”.

“It is clear that the asylum system is broken, but it is not those making Channel crossings who broke it. Policy development in this area has moved away from evidence-based, tested and cost-effective solutions reacting to the changing demands placed on it. Instead, we have a search for radical new policies that might make good headlines but do little to stem the flow of people prepared to put their lives at risk to reach the UK by any means necessary.

“While we agree with the Home Secretary that the asylum system is broken, we invite her to make it clear, given the long-term and growing pressures on the system, that it was not migrants crossing the Channel who broke it.”

The Home Affairs Committee consists of 11 Members of Parliament, drawn from the three largest parties. This includes six conservative MPs.

When the inquiry was launched about 2,000 people had made the dangerous journey from France to the UK across the English Channel in small and sometimes unsafe boats in one year. The report says more than 28,500 people arrived in small boats last year, and around 60,000 or more are expected during 2022. At least 166 have died or gone missing; 27 of them were lost at sea on a single day last November.

With the UK’s exit from the EU, new arrangements for the return or transfer to Europe has failed. The government wants to return migrants who cross the Channel, where possible, to safe countries from which they have travelled and where they could have claimed asylum.

returns to Europe. In addition, attempts to forge bilateral agreements with EU states have entirely failed.

“There were 48,450 asylum applications in 2021, a number broadly similar to those in each year from 2014, apart from a fall during the pandemic, and far less than in the early 2000s. The asylum caseload, however, stood at over 125,000, reflecting how long it is taking to resolve cases.”

The report concluded that reasons included out of date computer systems, not enough staff and high staff turnover.

Illegal entry into the UK

There has been much talk of illegal entry of people into the UK. Prime Minister Boris Johnson warned that “anyone entering the UK illegally, as well as those who have arrived illegally since 1 January, may now be relocated to Rwanda”.

Legal entry for refugees into the UK

What are the legal routes for entry into the UK? The select committee report says:

“There are safe and legal migration routes to the UK, involving visas and applications for residency, but they do not exist for people travelling from all countries.”

There are no safe and legal routes to the UK for undocumented travellers from some countries. An example is Iran where the Iranian government will not allow migrants back into the country.

The Home Affairs Committee heard from witnesses who entered the UK via the Channel, about their crossings. One young man, a medical student, fled Yemen after Houthi rebels imprisoned him after trying to recruit him:

“He was imprisoned again by traffickers in Mali and stabbed before he reached France. He tried three times to cross the Channel; on the third attempt, he phoned for help when the engine on his boat failed, and UK Border Force rescued him and 13 others. Another Yemeni, Mohammad, also fled the Houthis after his home was hit by missiles and made two attempts to reach the UK by small boat: It was raining heavily and the boat started to sink because there was a lot of water inside the boat. After that, one of us called the British border authorities. They came maybe after 20 minutes. … When they arrived, they gave us rope. Actually, half of the boat was sunk in the sea. The people who were sunk jumped first, held the rope, and we entered the UK boat.”

The Home Affairs Committee reports that according to the UN High Commission on Refugees (UNHCR), around 82.4 million people were forcibly displaced in 2020 by war, conflict, persecution, human rights violations and events seriously disturbing public order. In comparison with the number of those crossing the English Channel, it is worth noting that 123,318 people crossed the North African and Mediterranean routes into Europe in 2021, and that 3,130 people died or went missing.

Sheer numbers coming to this country

Priti Patel and others argue that one problem is the sheer numbers coming to the UK.

However, the UK received fewer than the average number of asylum applications among EU countries and sat precisely in the middle of the list, at 14th, among EU27 countries plus the UK on this measure.

The government stated its intention to enable asylum claims to be processed outside the UK in the New Plan for Immigration, published March 2021, and the Nationality and Borders Act allows for this. The Home Secretary travelled to Kigali in April this year to announce a new Migration and Economic Development Partnership (MEDP) with Rwanda. Anyone who arrives on a small boat across the Channel appears to be eligible for relocation to Rwanda under this programme: Rwanda has agreed to accept an uncapped number of people and to process their asylum claims within that country. Such relocations would be one-way: there would be no right of return to the UK. (paragraph 57)

“Some 47 people were served with notices of intent to relocate them and a flight booked to leave the UK on 14 June; in the event, following a series of legal challenges, and a ruling from the European Court of Human Rights, no-one was flown to Rwanda on that date. The cost of the flight has been reported at around £500,000. The Home Office has not revealed how much it has spent on fighting the legal challenges to the MEDP.”

The Home Affairs Committee report says that much more clarity is needed on the Rwanda plan. They find no clear evidence that it will deter migrant crossings and the numbers have significantly increased since it was announced. There is no clear information on cost. It says:

“The long-term mental and physical well-being of the people the UK intends to send to Rwanda must be secured. Some claim that the UK also runs the reputational risk of appearing to wash its hands of its international obligations.”

The reports recognises that the crisis has been building for a number of years, but it is critical of the government’s response. It cites first inattention and then poor-decision making. The report says:

“We urge the government to show leadership through redoubling efforts to engage and co-operate with international partners. The provision of safe and legal routes to the UK should be a key part of the government’s strategy to counter the criminal trade, and this has not yet received the attention it deserves. The government risks undermining its own ambitions and the UK’s international standing if it cannot demonstrate that proposed policies such as pushbacks, now abandoned, and offshore processing, such as the Rwanda partnership now being legally challenged, are compatible with international law and conventions.”

Will the next Prime Minister support the UK Rwanda Policy?

The former chancellor, Rishi Sunak, spoke in support of the scheme “as the child and grandchild of  immigrants” to the UK.

Liz Truss says migrants may be sent to Turkey as well as Rwanda if she becomes Prime Minister.