Go Dharmic is a charity with a founding philosophy to 'love all', 'feed all' and 'serve all'. Following the Covid-19 pandemic, and during the ongoing cost of living crisis, their work is more vital than ever. 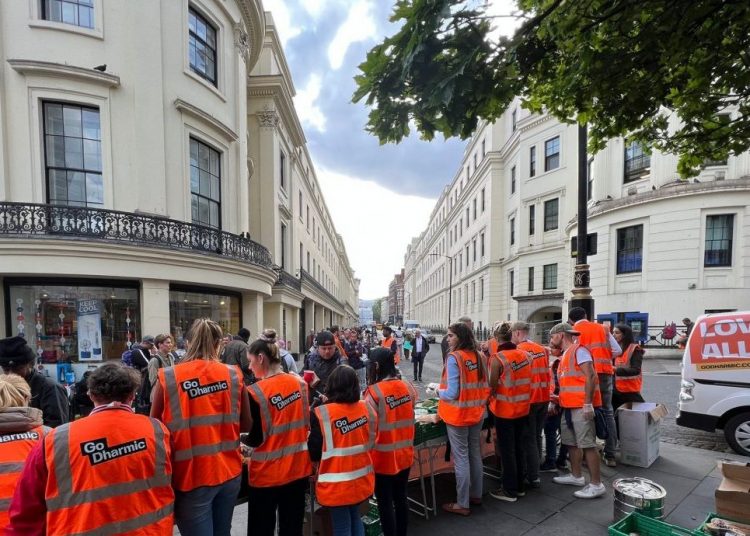 A country in crisis

Rising petrol costs, consumer confidence at an all-time low, and an unprecedented ‘cost of a living squeeze’ are phrases familiar to most people living in Britain at the moment. Despite Chancellor Rishi Sunak announcing a further £15bn in welfare payments, many people are still expecting to go hungry this year. A report in 2019 estimated that 1 in 5 children in the UK live in food poverty.

However, a 2018 study found that Britain had wasted 9.5 million tonnes of food that year. In a country where people are starving alongside huge amounts of wasted food, Go Dharmic is a charity that recognises the disparity of logic between the increasing rate of food poverty and the rising rate of food waste.

Love all, feed all, serve all

Founded in 2011, the charity has over ten years of experience in fighting food poverty. Hanuman Dass founded the charity in order to to promote compassionate action alongside galvanising volunteers to help those less fortunate. Go Dharmic aims to ‘heal’ our environment, society and planet. Working predominantly in India and the UK, Go Dharmic has distributed over five million meals to those who are hungry and in need. Their work encompasses their founding philosophy –  to ‘love all’, ‘feed all’ and ‘serve all’.

Their most extensive campaign is one named ‘Feed Everyone’. Under this campaign, Go Dharmic has distributed over 10 million meals globally. The ‘Feed Everyone’ campaign also distributes groceries, food packs, and easy-to-cook recipe cards, which help disadvantaged families feed their children.

During the COVID-19 pandemic, the Feed Everyone campaign provided a vital lifeline to vulnerable people, the elderly and the homeless. It also provided critical relief in India during the pandemic with its Emergency Covid Appeal. This delivered food, medicine and oxygen to those unable to access them. As the cost-of-living crisis worsens, Go Dharmic’s work is proving more necessary than ever.

Volunteers are a key part of Go Dharmic’s ability to enact its vital work. Shivani Patel is one of those who was inspired to start volunteering during the pandemic:

“A group of us from the youth at our local temple (SKSS Temple Kenton) wanted to start up food distribution to serve those in our local area who may need some assistance with food. To this end, we approached & collaborated with Go Dharmic. We have now been running our distribution every Sunday in Queensbury for the last year and have had the same beneficiaries returning every week to collect food items from alleviating any pressure they may be under especially given the rising cost of living.”

Some of those who volunteer for Go Dharmic have been beneficiaries in the past. In March 2020, Mukish Dhanbir was struggling as a single parent. One day, he was sent a text message from his son’s school, to go down to collect a food parcel which was donated by Go Dharmic for families struggling during the lockdown. The parcels became so popular that breakfast parcels started on a Wednesday as well as normal parcels on a Friday. Mukish remembered this moment when he volunteered with Go Dharmic a year later:

“{The packages] assisted me immensely, as things were still a bit tough and just manageable. It was sometime in mid-2021 that volunteers were asked for, and I thought that since Go Dharmic helped me so much in my time of need,  I could give back something also to those in need now.”

Go Dharmic is seeking additional volunteers, aswell as asking communities to come forward who feel their areas are in need of food distributions to support and eradicate hunger in the UK.

To find out more or volunteer with the charity and learn how you can get involved, visit: www.godharmic.com or email volunteer@godharmic.com 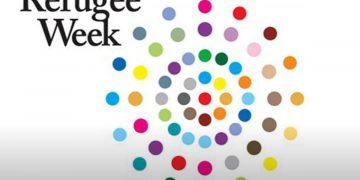 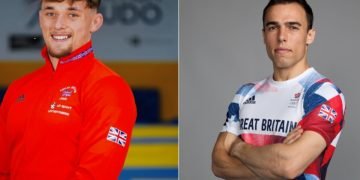