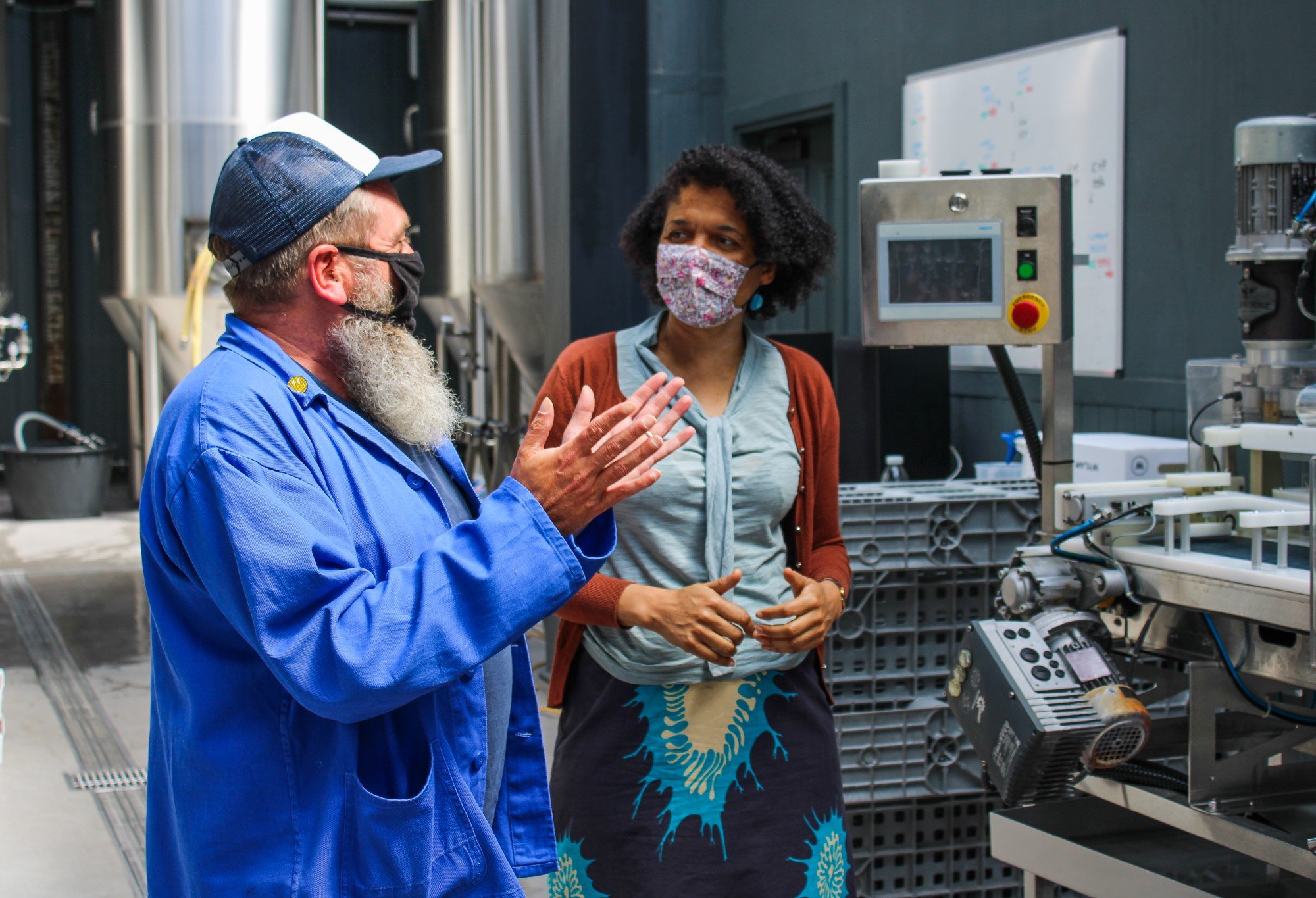 Chi Onwurah visited Wylam Brewery to hear about their ongoing problems exporting their beer to the EU thanks to the governments bungled trade deal.

Michael Gove had promised in March to meet with brewery to discuss the problems they face. When Chi asked him to meet with her and the brewery he said:

“I absolutely will. I can think of no better contribution to raising morale, not just in Newcastle but in the European Union, than ensuring that people in the EU can enjoy beer brewed in Newcastle rather than the stuff that they brew elsewhere.”

No meaningful response from Gove

Despite chasing a number of times, Chi has had no meaningful response from Mr Gove or his office and Chi has now written again to Gove to request that he honours his commitment to Wylam.

The European Union accounted for half of Wylam Breweries business in 2020 but since the Governments bungled EU trade deal Wylam’s beers have been left in ports or returned to them.

” Wylam, and other exporters like them, are struggling to plan production in the face of continued uncertainty and delay in trade with the EU

“If the government doesn’t act, our exporting businesses face loss of sales and with that comes a loss of jobs. The government talks about ‘free trade’, but what businesses like Wylam are experiencing is excessive bureaucracy with the UKs biggest trading partner.

“Michael Gove should stick to his promise he made in March and come and speak to a business that is paying the price for his governments recklessness, to see if we can find some sort of solution.”

“Like most businesses we have had a tough year having to adapt to the pandemic, and now we face barriers to recovery from the unnecessary bureaucracy that comes with the governments trade deal. It is bitterly disappointing that Mr Gove has not followed up on his promise to even discuss the problems we are having.”