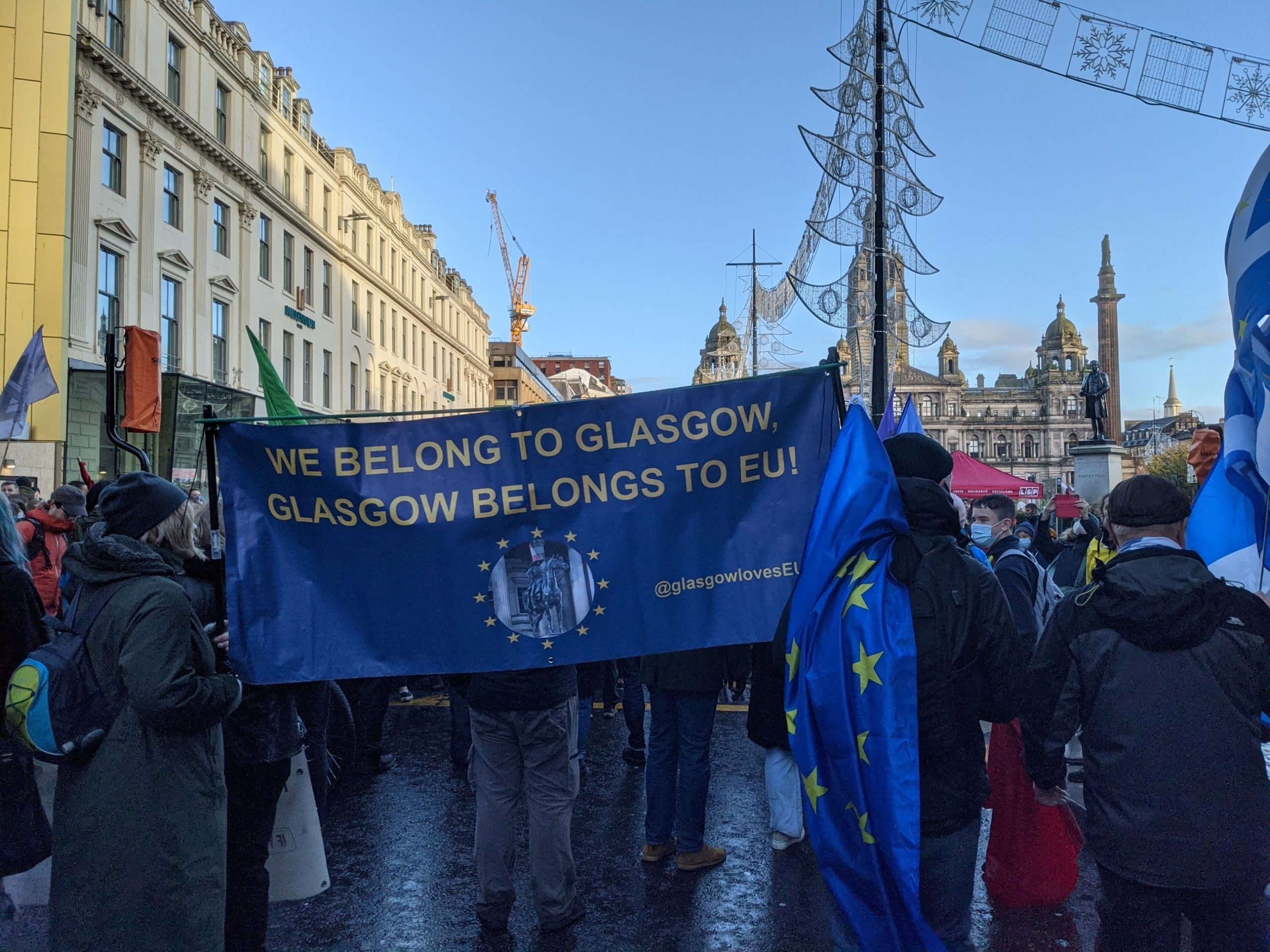 A number of grassroots pro-European groups are gathering in Glasgow today to join the COP26 Climate Change march. The Glasgow Loves EU group and members of some of the other Scottish groups will be joined by groups from the North of England.

Groups joining include North East for Europe and Manchester for Europe. Organisers look forward to welcoming everyone to Glasgow.

“We are here despite the rain with pro EU groups from around the country. We want to highlight the fact that importing/exporting via trade deals from across the world rather than our closest neighbours will be a Climate disaster”

There are due to be some excellent speakers, Caroline Lucas and Greta Thunberg amongst them!

“Many pro-European campaign colleagues are also marching with other groups including Labour, Pro Scottish Independence and Green groups. The plan is to march primarily to fight Climate Change and for European Solidarity.

“After the horrendous flooding on the eve of the COP26 conference, we have actually have had a lovely week of autumnal weather in Glasgow, but I hate to say, it looks like we will need our wellies and umbrellas for the march today!

“Our wish is to see honest and transparent government in the UK and its four nations. We also wish to see strong co-operation with the other countries in Europe as well as finding solutions to the climate crisis with all the nations of the world. It is only by working together that we can sort this.

“We need honest immediate solutions to the problems facing our planet. The planet is facing rising temperatures and climate change. The oceans are being used as a dumping ground. One of the saddest illustrations of this is the fact that coral reefs have been bleached by rising temperatures causing their delicate balance of algal plant life and animal coral to be permanently destroyed and the home they provide for a whole ecosystem of colourful fish has become a grey lifeless hulk in the space of ten years.

“We think the solution is countries working together”

“We would like to see full cooperation with our neighbouring European countries as well as worldwide.

“From a purely selfish human survival point of view, this can lead to food security as climate change has meant that the countries of Europe are now experiencing more droughts and flooding. By co-operating via things like the Common Agricultural Fund, even with its flaws, we have recently managed to produce enough food to eat within Europe each year. Although we currently have food banks in the UK, we have become complacent about having enough food to eat, but it was not always the case, even in the 20th Century. Working together is the best solution.”

“Another urgent problem is the neonicotinoid pesticide problem that was affecting our bees and pollinators.  Europe has banned this but I believe the UK is holding onto it for a little longer.  By working with neighbouring countries there is more hope that a solution can be found to help farmers find other methods for growing equivalent quantities of crops without the use of that pesticide.”

“We are gathering today (Saturday), in the hope that by keeping a constant beat on our drum for European Solidarity that someone will eventually listen to us and we can begin the long climb back to co-operating on our continent. If you are watching us from home you are even more important so please look out for our hashtag #ClimateChangeKnowsNoBorders and share our tweets or follow our various groups including @GlasgowLovesEU” 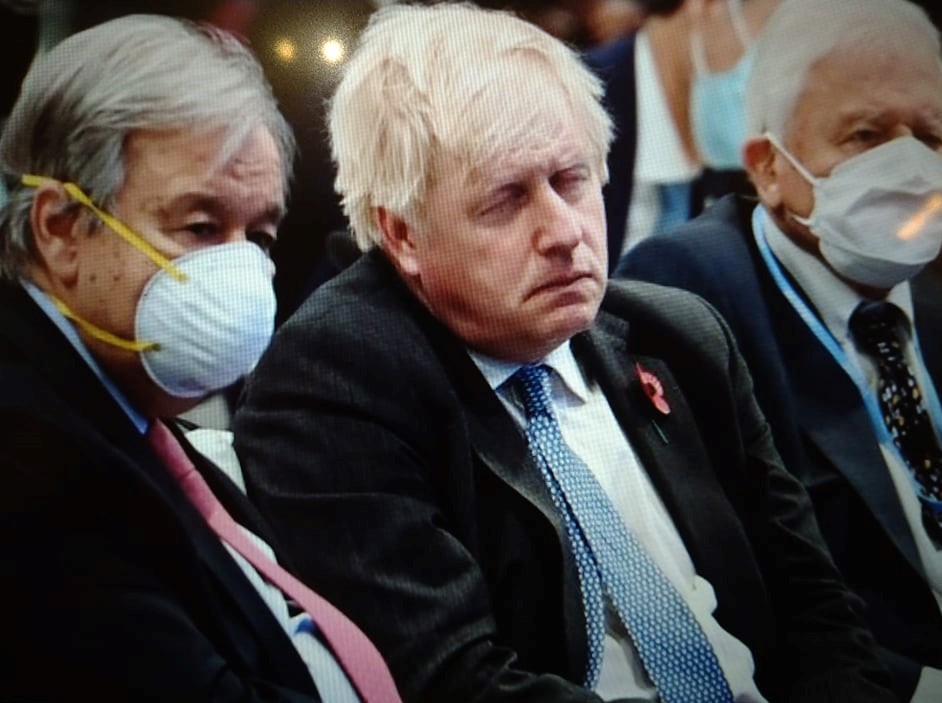