"It is in truth not for glory, nor riches, nor honours that we are fighting, but for the freedom and rights of humanity and all life on Earth" 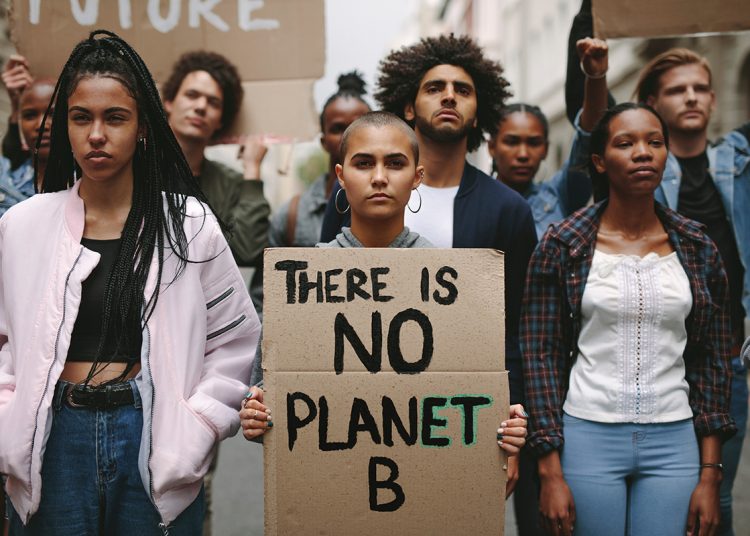 Observant readers will know that I have written on climate change before, and that I consider that its effects will dwarf the loss of life (human and other species) we have seen in all present and previous wars.  Let’s take a quick look/update at what’s happening to our climate today.

We have global average temperatures inexorably increasing, and greenhouse gases within our atmosphere continuing to rise. We are seeing continued loss of polar ice coverage, especially in the Antarctic. We have extremes of temperature; Japan recorded its highest ever June temperature (40.2 Celsius), Mehamm in Norway, and well within the artic circle, has recorded its highest ever temperature (31C) and New Zealand has had its coldest ever June day since records began (minus 9C). We have flooding in Sydney, drought and huge fires in Western USA and the rains and crops have, once again, failed in East Africa with literally millions of people at mortal risk.

The highest glacier on Everest is effectively collapsing (melting). A staggering 54metres of depth of the South col glacier have been lost in the last 25 years. And this is at 7900m altitude! The lower (at 5400m altitude) and perhaps more famous Khumbu glacier is losing a metre of depth per year.

What are governments doing about global warming?

Are governments taking the necessary, and radical, measures needed to both prevent further global warming, or to mitigate its effects? No. The progress so far has been at best lip-service and the norm is to carry on with capitalism as if to expect some technological solution to save humanity’s place of the planet. It won’t. We have ignored the problem for too long.

What governments around the world are doing, or more appropriately not doing, is truly lamentable. The Westminster government is one of the worst and its hypocrisy is breath-taking.

What we learned from the pandemic

The pandemic showed us what we could do as a nation; working from home, reducing face to face meetings, cutting down on business travel and commuting. And the atmosphere ‘responded’. Our air was cleaner, particulate pollutants were down. As I walked through Leeds from the train station to get to my work (at an SEN school) I could breathe! The pandemic gave us an opportunity to make radical changes to our work and lifestyles. And many liked it, enjoyed the flexibility, gained hours from not commuting, and efficiency and productivity increased.

But then capitalism and big-business investment in office property began to look in jeopardy. So the order (literally as far as the civil service were concerned) was given that people had to return to the office. Irrespective of their productivity; they had to return to commuting.

The Northwest passage trade route is now open for shipping. And this is seen as a good thing as it allows shorter shipping routes from Atlantic to the Pacific. How anyone can think commercial shipping with all of its pollution can be seen to be ideal for artic regions is just beyond logical sense. But it’s splendid commercial sense if capitalism and profit is your god.

Notwithstanding the idiocy of exchanging trading with our nearest continental neighbours for trading with New Zealand and Australia (and the many thousands of food-airmiles this brings), the UKs so-called Brexit-Benefits minister (Rees-Mogg) has announced that champagne, and other sparkling wines, can now be sold in plastic bottles. Why you might ask? Using cheap plastic (very difficult to recycle) instead of more expensive glass (recycled widely) makes perfect sense if you’re a capitalist and want to reduce packaging and shipment costs. And of course, champagne is an essential must-have with the current cost of living inflation…didn’t you know? Let them eat venison!

Petrol prices. Here I’m going to make myself unpopular! But get used to them being high. We have to have ‘encouragement’ out of our cars. And pricing out of the market is one way (one of the best if you’re a capitalist – only the ‘successful’ should have the reward of car ownership).  But…only when we have alternative MTR (mass transit railways), trams and hydrogen powered vehicles. To my mind the UK should have followed Germany’s lead and gone further. Train travel should be free of charge (but bookable to dimension demand and supply). If we, the public, have cheaper alternatives, we will use them (as we are all forced to be money-orientated capitalists in today’s UK society).

Taxation. We have a cost-of-living crisis. So rather than helping people by cutting VAT on essential domestic/home energy (as the Tories promised) the government has cut petrol prices by a pathetic 3% and even that cut has now been overtaken by petrol and fuel price increases. So they don’t want you to keep warm, they want you to use your polluting car. And they want to keep the oil and car industries making obscene levels of profit.

The government claims it cannot afford to help people with food, housing or heating. Yet they can squander millions on pet projects and war… the coffers are always available for global warfare. After all, the Tories have been pouring in of weapons and money into Ukraine and promoting this as a ‘good’ thing.  Now please ask yourself, when did providing arms and munitions into a war one ever bring peace? Iraq? Afghanistan? Syria? No, just more death and societal destruction.

Energy crisis and the Whitehaven coal mine

We have a supposed energy crisis in the restriction of Russian gas and oil. So rather than substantially expand wind, tidal, solar, nuclear (fission now, and fusion development) to give every country energy independence our so-called prime minister runs off to Saudi to beg for their gas (….you know, the same Saudi regime which literally butchered the Washington post and dissident journalist Jamal Khashoggi in their Istanbul embassy), grant new extraction licences for oil and gas in the north sea; and approve gas exploration in the Surrey hills (ahead of fracking processes to extract the gas).

And then we have the Whitehaven coal mine.  The final decision on this new Cumbrian coal mine was expected on/before Thursday 7July. We’re told the mine is to provide coking for steel making in this country. We are not told the coal is not suitable for steel manufacturing as it is too high in sulphur, and British Steel have already said they cannot use it. We are not told most of the mine’s product will be exported (in ships, no doubt using the NW passage trade route). We are not told the mine will produce 9 million tons of carbon dioxide a year.

And closer to home councils are making dreadful decisions. Perhaps you’ll have heard of Peterborough City Council’s action in removing a 600 year old tree as they’re worried that the developer of a nearby housing estate will sue them for root damage. It’s just madness.

So is this article just a big whinge? Yes, it is. I am angry, I am disappointed and yes I am worried for me and my children. And I hope you are too.  Are we going to allow capitalism to kill us all? The answer appears to be yes. We’re like the proverbial frog in water (…as the water is heated gradually the frog will not leap to safety; it will allow itself to be boiled alive). Are you a frog? If not then we, you and me and everyone who cares, need to DO something.

So what can you and I do?

Use a pencil instead of plastic throw-away biros, stop eating meat, think about every action we/you do, sign petitions (even if it feels useless) write to your MP (similar), shout and scream at our supposed representatives, applaud and defend those who take direct actions.

Call out, highlight and embarrass the hypocrites in government, business, celebrity and monarchy, who continue to take private jets and helicopters for their travel desires. Reject capitalism as a form of government.

How? Start by supporting proportional representation). Capitalism and tribalism are the root causes of the greed and inequity which underpins most acts of pollution.

We are all being screwed. But fight to the end we must.  For our sakes and our children’s sake. Take heart from the declaration of Arbroath (1320) which I paraphrase and change for our own fight:

“… for, as long as but a hundred of us remain alive, never will we on any conditions be subservient to capitalism and its greed, inequity and environmental destruction.  It is in truth not for glory, nor riches, nor honours that we are fighting, but for the freedom and rights of humanity and all life on Earth – for that alone, which no honest person gives up but with life itself.”

Where we have passion, anger, and a just cause, we can make a difference. And we do. We must.