After a summer of record temperatures, forest fires and devastating floods across the world, all eyes and ears will be focused on Glasgow for COP 26. 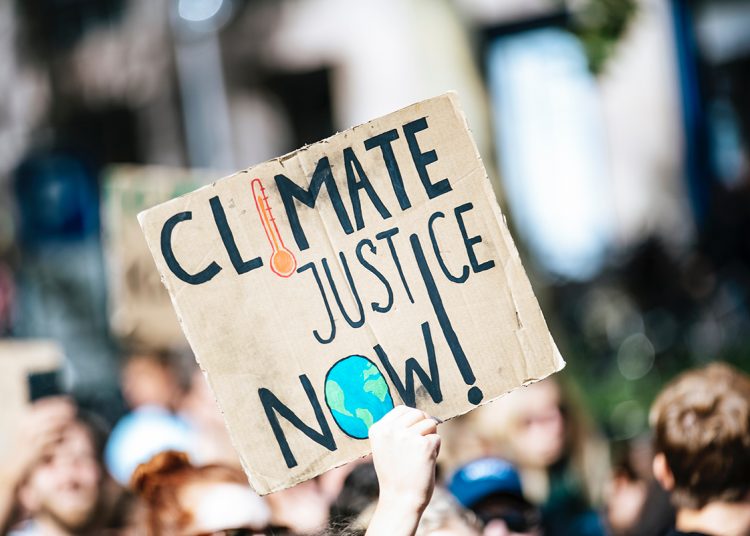 After a summer of record temperatures, forest fires and devastating floods across the world, all eyes and ears will be focused on Glasgow as the world’s leaders prepare to meet for COP26 in November. There are huge expectations and high hopes, but also a lot of hype, plenty of political posturing, and far too much flying around the world, as Tory Alok Sharma, COP President, failed to acknowledge even after he was criticised for unnecessary air miles to meet his opposites in person. (Surely he’s learnt to find the unmute button on zoom by now?)

The IPPC report released in August issued a stark warning that it is already too late to reverse some effects of man-made global warming. Antonio Guterres, General Secretary of the UN, described the report as, “code red for humanity”. However, both he and the scientists who authored the report agreed that we can avoid complete climate catastrophe if we work together and act fast to make deep cuts to emissions of greenhouse gases.

Sharma is likely to be further embarrassed when he arrives empty-handed in Glasgow at the start of the COP talks as government delays to the Environment Bill in order to try and overturn recent Lords’ amendments to strengthen the law mean royal assent is now not possible within the timescale. For a government that likes to think of itself as being world-beating this petty political manoeuvring is shameful.

But while the government drags its heels on protecting the environment, green activists from grass roots organisations to businesses are taking action. In the North East, Jamie Driscoll, Mayor of North of Tyne, declared a climate emergency on his first day in office, promising to put the environment at the top of his agenda. Unlike Sharma, Driscoll is leading by example, getting rid of his gas-guzzling land-rover and bringing in charges for high-polluting vehicles wishing to enter Newcastle city centre.

Along with Newcastle Central MP Chi Onwurah, Driscoll is one of the speakers set to take the stage on Saturday 18 September at a ‘Mass Mobilisation for Climate Justice’ organised by the regional COP 26 Coalition for North East England.

Organisers are asking people to assemble at the Civic Centre at 11am in order to march down Northumberland Street to the Monument where a rally will then take place from midday onwards.

Other speakers include representatives from the Green Party, Extinction Rebellion, Culture Declares Emergency and environmental charities such as Greenpeace and Friends of the Earth, young people from local Youth Strikes for Climate, trade union representatives, NUFC Foodbank, Tyne & Wear Passenger Transport Users Group, and aligned campaigns such as Suffrage Sisters, Stop the War, Stand Up To Racism and the health and human rights organisation Medact.

Saturday marks the start of Great Big Green Week, a nationwide celebration of grassroots action on climate change. With political shenanigans behind the scenes in the run up to the Glasgow COP, it’s local actions that will demonstrate the level of care and concern amongst ordinary people for the future sustainability of life on earth.

At Bishop Auckland Methodist Church a few weeks ago, people of all faiths and none gathered online and in-person to mourn the loss of biodiversity and future generations. The funeral organised by Rev John Purdy was a solemn and moving affair with a symbolic wicker coffin carried into the church by be-suited pall bearers.

“As churches, with a strong lay voice, we speak with passion as parents, grandparents, gardeners, farmers, scientists and teachers to call for change now.”

He was backed up by scientist and practising Methodist John Thorne, who suggested that nations profiting from “black gold” must help others to be cleaner and greener so we can all look after the planet for future generations of people, flora and fauna. A moving animated film made by local children with the help of artist Jane Crawford, was also shown.

Catastrophe is not inevitable. As Catholic Karin Weetman said in her eulogy, we can all take small steps to live more simply and sustainably, and organisations including faith, businesses and governments must take action to save the planet.

I look forward to seeing as many of you as possible at the Newcastle rally, and at subsequent events thereafter to help maintain public pressure. If the government won’t take action, we the people can and will.