The government has called for ex-teachers to return to the classroom to cover for Covid absences. Why would they? 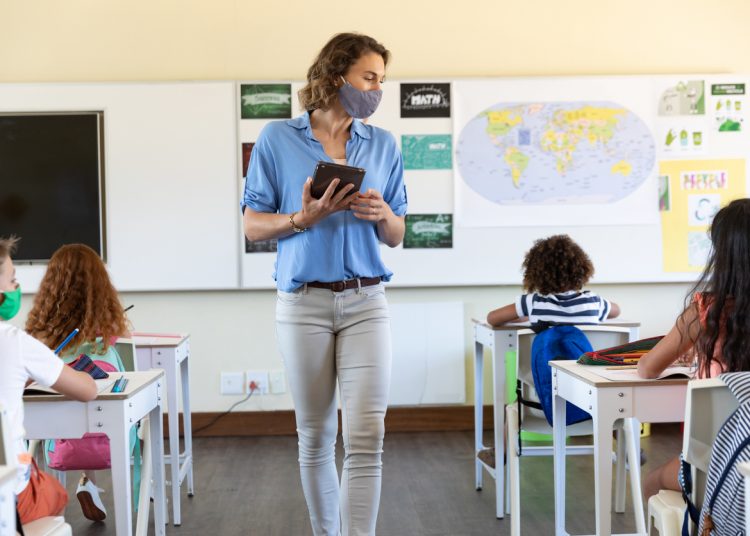 In December, Education Secretary Nadhim Zahawi called for ex teachers to return to the classroom, in the form of supply teaching to cover Covid-related absences in the spring term. Already this term, over a third of headteachers have reported at least a 10% staff absence due to Covid, and there are reports of some schools closing, or partially closing due to staff absences. Increasing the supply pool seems an obvious solution. The ‘Get Into Teaching’ website directs any interested former teachers to a list of supply agencies in their region. The North East’s list includes most of the agencies I have formerly worked for.

These agencies charge large amounts of money to schools per member of staff they find that school, per day and then pay those staff a cut. This cut is often significantly less than the supply teacher would earn if they were a permanent employee of a school. When I was a supply teacher, the day-to-day cover rate for a supply teacher was usually around £100 a day. If I miraculously managed to work every single school day, that comes to £19,000 a year. This is nearly £7,000 a year below the salary of an Early Career Teacher (the new term for an NQT).  It is only after 12 weeks of a supply teacher working for the same school that they are entitled to the same pay and conditions as a teacher directly employed by the school. Although a lot of supply teachers are fresh out of training and have not managed to find a permanent role yet, a lot are highly experienced teachers. I remember once being contacted by an agency which did actually pay experienced teachers more than ECTs, or rather they pay ECTs £10 a day less than experienced teachers.

When common rates for supply teachers are compared to the minimum wage, the pay becomes more shocking. With the National Living Wage increasing to £9.50 an hour this year, a full time (37.5 hours per week) minimum wage job would pay £18,525 a year. If you take into account days when there’s no work for a supply teacher and days when a supply teacher has to work on lower teaching assistant or ‘cover supervisor’ pay, the chances are a full-time minimum wage job would make more sense financially. Some agencies do offer ‘guaranteed pay’ schemes, but this is rarely available to every member of staff, and I am yet to see an agency which guarantees five days a week. An agency I worked for would guarantee at least three days per week, equivalent to around £14,000 a year. Considering most supply teachers have a degree and a PGCE, this pay is disgustingly low.

Supply teacher pay does vary by region, but according to a 2019 survey by the NASUWT, 40% of supply teachers were paid less than £120 per day and a further 40% were paid £120-£149 per day. Only 20% were paid £150 or more per day. Many schools favour only employing ‘cover supervisors’ (a role that does not require specific qualifications) to cover short-term absences in order to save money, regardless of the actual qualifications and experience of the member of supply staff. When I worked as a cover supervisor, my rate was usually £65 per day. If every single school day is worked on that rate, I could earn just £12,350 in a year.

It is not just the low pay which is off-putting for ex teachers to return to the classroom via a supply agency. I have read countless numbers of accounts from supply teachers who didn’t get furloughed during lockdowns, whose agencies haven’t paid them statutory sick pay, who have had bookings cancelled at the very last minute and then not paid, who have been regularly paid the lower ‘cover supervisor’ rate (usually £65-£75 a day) despite being a fully qualified teacher, who have had already low pay deducted by an umbrella company and who have had long-term bookings being cancelled after just one or two days off sick. According to the NASUWT, when supply teachers do complain about poor practices by agencies they often find their work dries up, whilst others will not complain for fear of there being less work offered to them.

My personal experience with supply agencies included only ever being paid as a cover supervisor or teaching assistant for seven months, as I was told they legally were not allowed to pay me the teacher rate in secondary schools because my PGCE is in further education, rather than primary or secondary. This turned out not to be true and I moved to an agency which would pay me the higher rate. I remember a day with one of those agencies where I took a day as a teaching assistant in a SEND department for the experience, instead of a day teaching on the full rate with another agency. The school closed due to high Covid cases, but I didn’t know that until I had driven to the school. I not only lost that day’s pay, but also the higher pay with the other agency I turned down. Although this one day is nothing compared to the pay I had lost over the previous months working only for cover supervisor pay.

I now work in a secure job with pay which reflects my qualifications and experience, with many colleagues who are also former supply teachers. Not a single one of us considered going back on supply temporarily to help with the staffing problem in schools. Why would we? Why would we want to return to low pay and insecurity, whilst risking Covid?

From the Bauhaus to the ‘Bottom House’ at Boosbeck

From the Bauhaus to the 'Bottom House' at Boosbeck