The cost of living crisis has become so acute that some families save energy by staying in McDonalds. Peter Benson thinks that a windfall tax is part of the solution. 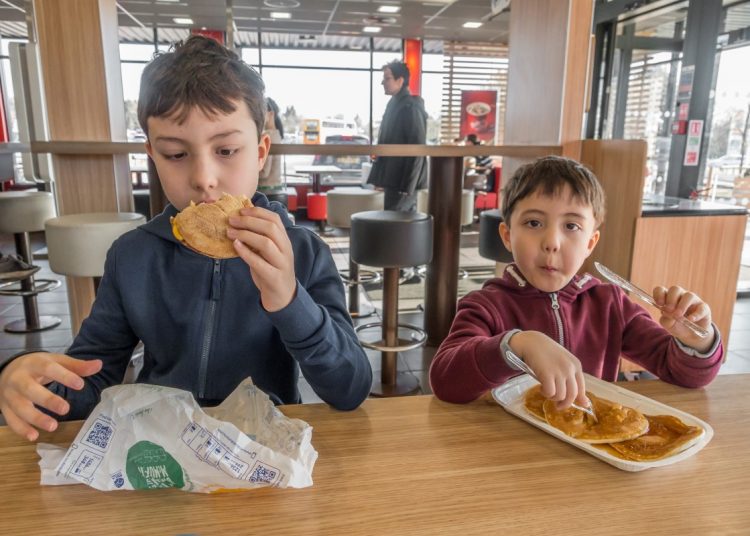 I find it beyond normal  comprehension  and experience to read that families are seeking refuge in branches of Mc Donald’s for heat, washing facilities and even to use as a living room. A solution could be a windfall tax on oil companies.

It’s not unusual in London for homeless people to ride on the Tube all day and stay on buses for very long periods especially at night during cold weather. But what is really happening now, after 12 years of Tory government, is that this has become the new normal. The worry is that much worse may be facing us in the months to come. Could this winter see many thousands die from the cold and hunger, leaving families bereft in grief and in desperation that their fate may be very similar?

It’s a stark prediction but one that we should be aware of. We must demand of this entitled and privileged government that they do something now

I am becoming tired of reading that ideological reasons are preventing the Prime Minister from imposing a windfall tax on the oil companies who are making abnormally high profits. It’s reported the Chancellor is in favour and week after week the Labour party is asking when will it be implemented, but Number 10 is against. Who is advising the Prime Minister and don’t they realise that help for struggling families is needed today?

Is it the same people who partied away like a Saturday night in Ibiza, oblivious to following the rules during lockdown?

We must have this windfall tax now.

The cost-of-living crisis for families has become so acute that in some cases electricity is being  turned off in fridges and what little food there is not being been kept chilled. We raise hundreds of millions for international poverty relief during famine, wars, natural disasters and mass drought. This is good but can we also do the same in our own country?

My prediction is that this is exactly what will be happening and very soon. In all but name appeals by charities are inevitable perhaps local charities and food banks may appeal for extra cash and donations of food.

Michael Lewis, CEO of the energy company Eon, has predicted that without government action 4 in 10 families face fuel poverty. He said:

“Some people are at the edge now and that will get worse. The government must act now.”

It is worth noting that the Chancellor has been named on this list. At £730 million, the joint wealth of Sunak and his wife Akshata Murthy has now elevated them into this year’sSunday TimesRich List.

I can image that having to worry about leaving the fridge on at night or sending the kids to school hungry in the morning is not an experience that they will have had to consider.

Local Wansbeck MP, Ian Lavery has said that the cost of living crisis is now so acute that some of his constituents have had to steal in order to just survive. He told the Commons that this included stealing sanitary products and soap powder as bills soar. Many other MPs have expressed their concerns on “tackling the short-term and long-term cost of living increases”.

“We’ve got people missing meals to feed their kids, we’ve got 2.5 million people now using food banks for heaven’s sake  As  a police watchdog suggests officers  should use discretion over stealing to eat.”

I must admit I look at my own smart energy meter every day. I am lucky to be able to afford the price increases but am in shock at just how fast the combined gas and electricity costs add up for a day and a week. My own monthly payments have gone from £158 to £250 per month.

What can we all do to help?

We can join protests, we can write to our MPs and local newspapers and say enough is enough. We can demand an immediate windfall tax and help for all struggling with energy bills and food inflation.

We must do something.