Boris Johnson’s government has fared badly in this pandemic, mostly because of delays in introducing restrictions and a dysfunctional privatised ‘test and trace’ system. This has resulted in one of the highest death rates. 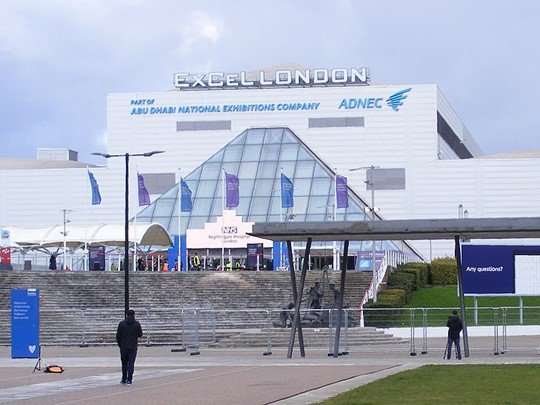 Some NHS Nightingale Hospitals, like this one in London, could not be used because of inadequate NHS staff numbers Photo by Sludge G Creative Commons Attribution-Share Alike 2.0

The Covid-19 toll has been grim, but not all countries have suffered in the same way. Ineffective government responses are the reasons why some countries had a much higher number of deaths, as shown in the table below.

Boris Johnson’s government has fared badly in this pandemic, mostly because of delays in introducing restrictions and a dysfunctional privatised ‘test and trace’ system. This has resulted in one of the highest death rates.

Because of these ineffective actions, we had to lockdown for longer. Thus, our economy has suffered from a greater reduction of the Gross Domestic Product (GDP), as shown in the Table. This is one of the worst economic results amongst the seven leading economies (G7).

Schools have been poorly managed as our government failed to utilise previous lockdowns and the summer break to make schools safer. There was reluctance to recognise the need for facemasks in schools and to look for alternative teaching venues, so that children could be kept at the optimal distance to reduce transmission.

Gavin Williamson, Boris Johnson’s Secretary of State for Education, could just not see what was coming. This was bound to be a difficult year in which distance learning had to be integrated with in-class learning, especially in secondary schools and universities. Barriers to distance learning, such as unequal access to tablets and broadband, should have been addressed during the summer rather than being patched up during the current lockdown.

2021 has seen a good start for the vaccination campaign, mainly because Boris Johnson has used the NHS to deliver it, rather than repeating the disastrous experiment of the privately-run Test and Trace.

However, there is still potential for mistakes. The dramatic decline of the infection cases is mainly due to the lockdown. If Boris Johnson removed most restrictions, before we had achieved much lower infection numbers and a higher vaccination uptake, there would be another infection surge.

Schools and universities need to reopen gradually and with imaginative solutions. The new UK variant may increase infections in school-age children.

Another mistake would be to believe that our UK pandemic will come to an end when all UK adults have been offered the vaccines by the autumn. As long as high-level circulation continues in other countries, there will still be a high risk for the emergence of new variants capable of restarting the pandemic even in countries which had achieved a high vaccination rate.

To curtail the pandemic, we would need to support the vaccination effort in low-income countries until something like 75% of the world population has been vaccinated.

Many of the current vaccines appear to be less effective against some of the known variants and new variants will continue to emerge. Yearly Covid-19 vaccine boosters, updated to cover new variants, are likely to be required as for Influenza.

One lesson to learn is that our Covid-19 crisis has been exacerbated by eleven years of Conservative Party policies, which have left the NHS under-resourced and under-staffed. As the pandemic started in 2020, the NHS in England had less than a third of the intensive care capacity available in Germany. Reduced access to intensive care beds has been associated with a higher proportion of Covid-19 deaths.

We built Nightingale hospitals, only to discover that the NHS did not have the required staff numbers to use them. The NHS has suffered from inadequate numbers of doctors and nurses for some time: international recruitment has been a critical stopgap but it has been made more difficult by Brexit.

Jeremy Hunt, the former Conservative Secretary of State for Health, has recently admitted that he had failed to boost the NHS workforce. As a result of inadequate NHS staff numbers,  Covid-19 has had a dramatic adverse impact on both hospital waiting lists and  cancer care. It is not just Covid-19 that needs fixing.

“Keep singing come what may”: After Winter, a graphic novel, by Streetwise Opera and Teesside University

A new look at skills training

A new look at skills training