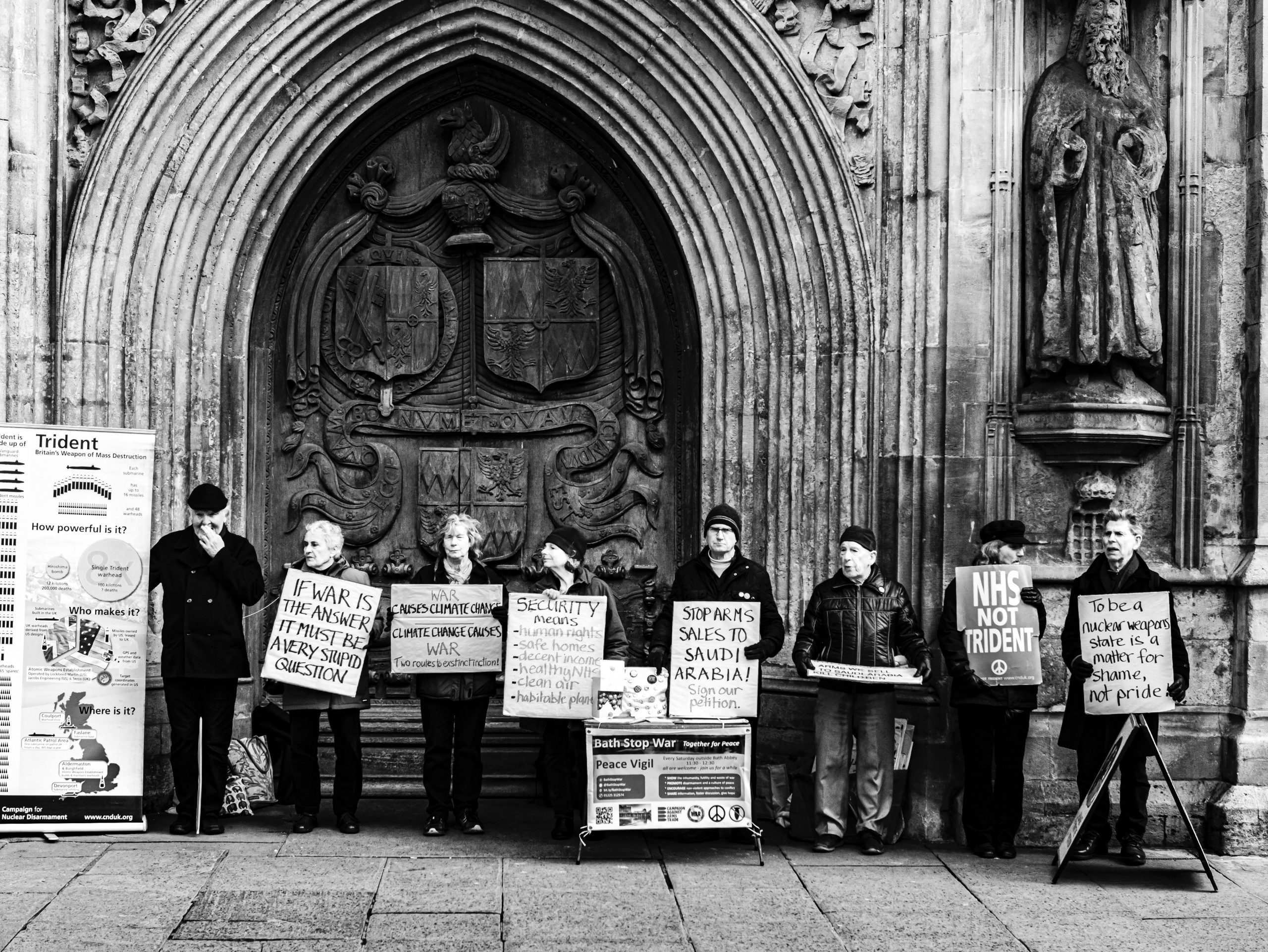 If war is the answer it must be a very stupid question. Photo by Hulki Okan Tabak on Unsplash

On October 24th the tiny Central American state, Honduras, became the 50th country to ratify a new international treaty banning nuclear weapons. This means that the measure will come into force 90 days later, which takes us to January 22nd, two days after the official inauguration of the next President of the USA.

The Honduran ratification is a landmark moment for millions of peace campaigners across the world. It is particularly meaningful for the Hibakusha, as the Japanese survivors of the US atomic bombs dropped on Hiroshima and Nagasaki are known. The term was later used to include all those affected by the bombing in August 1945 (including Americans) and subsequent nuclear incidents including the reactor meltdown at Fukushima in 2011 which I visited three years later with Green Cross, the environmental protection agency set up by Gorbachev.

The nuclear ban campaign has been spearheaded by ICANW, the Geneva-based International Campaign to Ban Nuclear Weapons which won the Nobel Peace Prize in 2017.

ICANW director, Beatrice Finh, and Hibakusha Setsuko Thurlow, accepted the prize in Oslo and subsequently addressed the European Parliament urging politicians to lead the way in the drive to eliminate the nuclear threat from our planet.

Those of us who have visited the miles upon miles of war graves in Northern France understand that the EU is fundamentally a peace project, born out of the ashes of two world wars. In 2012 the Union itself became the recipient of a Nobel Peace Prize largely in recognition of its role in brokering the Good Friday Agreement, a historic peace accord which is now being sorely tested by the ramifications of Brexit. Meanwhile, the bloc maintains a Special Envoy for Non-Proliferation and Disarmament, with Dutch diplomat Marjolijn van Deelen recently taking over from the former Polish incumbent Jacek Bylica. It is a serious business negotiating peace and disarmament and van Deelen will certainly have her work cut out in the immediate future if she is to move Macron on the issue, but the direction of travel is clear and progress inexorable.

During my five and a half years as a MEP I discovered that, despite resistance from the British and French governments, it was easier to make progress on nuclear issues working with European neighbours than it is for colleagues to discuss the issue of Trident in Westminster where the word ‘deterrent’ still resonates in a kind of retro Cold War manner.

We might be making post-Brexit trade deals with Japan to import soya sauce on the same terms as we already have, but across the Channel there are higher-level agreements at play such as the 2015 EU-Japan joint statement, reaffirming a “determination to further cooperate on disarmament and non-proliferation.” And in October 2016, a resolution that I had initiated, supporting the UN process to make nuclear weapons illegal, was adopted by the European Parliament.

This resolution strengthened the mandate of the High Representative, Federica Mogherini, regarding the Commission’s engagement in the process on behalf of member states. Meanwhile, Mogherini was getting the historic Iran Nuclear Deal in the bag.

The UK is one of only nine nuclear-armed states and, along with Trump, has been openly critical of the ICANW campaign.

Despite being the party of social justice, Labour struggles with the nuclear weapons issue as loss of high quality well-paid jobs, particularly in Barrow in Furness, is a fearful prospect. Yet many trade union members are also anti-nuclear campaigners and along with progressive policy wonks, engineers, economists and academics they are contributing to the growing ‘diversification’ movement which calls for shifting production away from arms to socially useful production such as ventilators – a very popular policy in the current pandemic.

In a recent LabourList poll of 7,197 readers only 12.3% supported Trident renewal so it is fair to assume that the membership would overwhelmingly approve of abolishing nuclear weapons.

Regarding wider public opinion, Covid-19 has demonstrated that the real threat to our societies is not an imminent nuclear attack but a microscopic virus. The government’s woeful unpreparedness for a health pandemic, with a shortage of ventilators and other equipment, makes the £205 billion price tag for Trident unpalatable for many.

Looking west across The Pond, next week’s election result will determine how much more international progress can be made on progressing the nuclear ban and how quickly. There is much to repair and rebuild post-Trump, and it is in the interests of the majority that the work begins as soon as possible not in four years time.

Pensioner poverty: a rise, a fall and rising again across the north