Part 4 of Peter Lathan's journal of lockdown and shielding. Missing seeing friends, the theatre and Greggs. 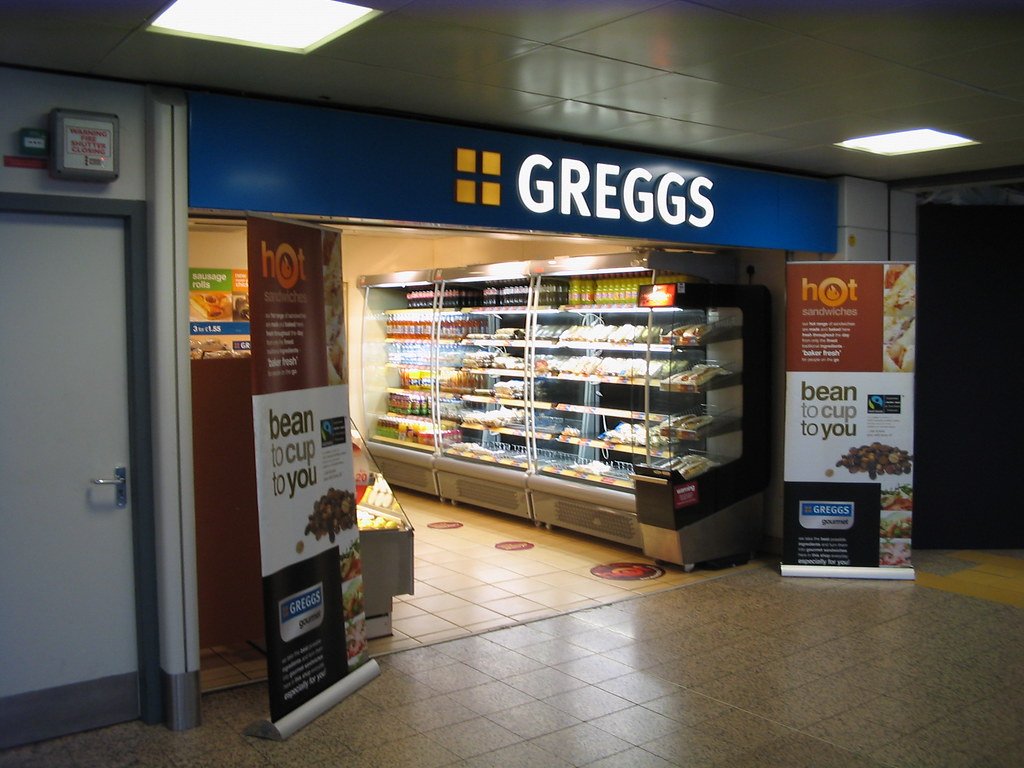 Lockdown has meant...not being able to... nip along to Gregg’s, a mere five minutes in the car, when I fancy a Corned Beef Slice. Photo by Paul Robertson is licensed under CC BY-ND 2.0

One year to the day since my self-isolation/shielding/incarceration/call it what you will began.

Could anyone in early March 2020 have imagined that we would be in a third lockdown a whole twelve months later? Could anyone have conceived what lockdown would mean for the whole country in health and economic terms?

Covid-19 has been responsible for around 2.5m deaths worldwide. In the UK there were 124,500 deaths from Covid in this period. Compare this with the 383,600 military and 67,000 civilian deaths in the six years of World War Two.

But I digress. I didn’t set out to make comparisons with WW2, although many have done so, using the War as a metaphor and appealing to the “spirit of the Blitz” (conveniently forgetting that crime, mainly looting and robbery, in London then rose by 57%, and ignoring the fact that crowding together in air raid shelters and the Tube would speed up transmission and infection and…)

No more! This was meant to be a meditation on my feelings and experiences during the last twelve months, not a piece of general (and somewhat jaundiced) commentary, even of historical commentary. So let’s move on to looking at my experience of this Covid year:

Hang on though! I’d forgotten the couple who delivered a Christmas present and stayed for a twenty minute catch-up on the doorstep, or the bin man I chatted with briefly when taking the bin in. Or the…

For God’s sake, I am becoming a nit-picker! Who’s going to be interested in the number of door-to-door salespeople or the guy from down the street who collected a parcel left here for him when he was out?

But it says a lot that these are the things I remember, the minutiae of a life totally lacking in incident. These are the things which made up my life from March 2020 to March 2021, along with the (huge) decline in my alcohol consumption, my obsession with planning what to eat…

It’s weird. One of the most difficult things I have had to adapt to is not popping to the shops, losing the ability to walk along to the local corner shop or hop in the car to a supermarket but instead having to plan meals a week in advance, to keep a close eye on Use By dates and not being able to decide at the last minute to nip along to Gregg’s, a mere five minutes in the car, when I fancy a Corned Beef Slice.

Oh yes. There’s also putting on weight. I am now heavier (and fatter) than I have ever been in all my 77 years. And my hair is now longer than it was even in the Seventies.

And we mustn’t forget the sorry tale of aches, pains and the thousand irritating niggles that aging flesh is heir to, all exacerbated by pandemical isolation.

And the increasingly (as time has passed) confused and frantic dreams.

Oh, stop whining and boring the reader, you prat! If, that is, anyone has so little else to do that they have actually ploughed through these meandering moanings.

I hated it when it came out in the early eighties and it certainly hasn’t improved with age.

As if over a year of isolation, shielding and pandemic wasn’t bad enough, now I have to suffer one of the silliest songs ever going round and round in my brain, feeling as though it’s going to be forever.

What have I done to deserve this?

Had my second dose of the vaccine this afternoon.

Yes, today is the end – so what is laughingly termed the government tells us – of the shielding, self–isolation, incarceration, house arrest, whatever you want to call it, of those who, like me, are termed “clinically extremely vulnerable.”

Will the streets, parks and other open spaces be filled with released detainees celebrating their re-acquired freedom, running and singing and dancing in glee? Will there be parties and will joy be unconfined? Will bliss reign and the Kingdom of Heaven appear among the people of England’s green and pleasant land?

Perhaps we have suddenly acquired a magical immunity to Covid and its mutant minions?

Of course we haven’t. And if I’m anything to go by there’ll certainly be no joy or bliss abounding.

Why? Because I am too bloody scared, that’s why. Venturing out amid crowds of people – and believe me, three seems a crowd after a year of solo isolation – fills me with trepidation. The idea of getting on a Metro or a bus makes me shudder. As for going to a pub, a theatre, a restaurant, I’d love to, but…

Am I just like one of Pavlov’s dogs, conditioned to react in this way, or is it a reasonable response to the current situation? I honestly don’t know, but, discretion being the better part of valour, I’d rather be safe than sorry (plus any number of similar clichés).

Why remove all social distancing and facemasks?

Why remove all social distancing and facemasks?